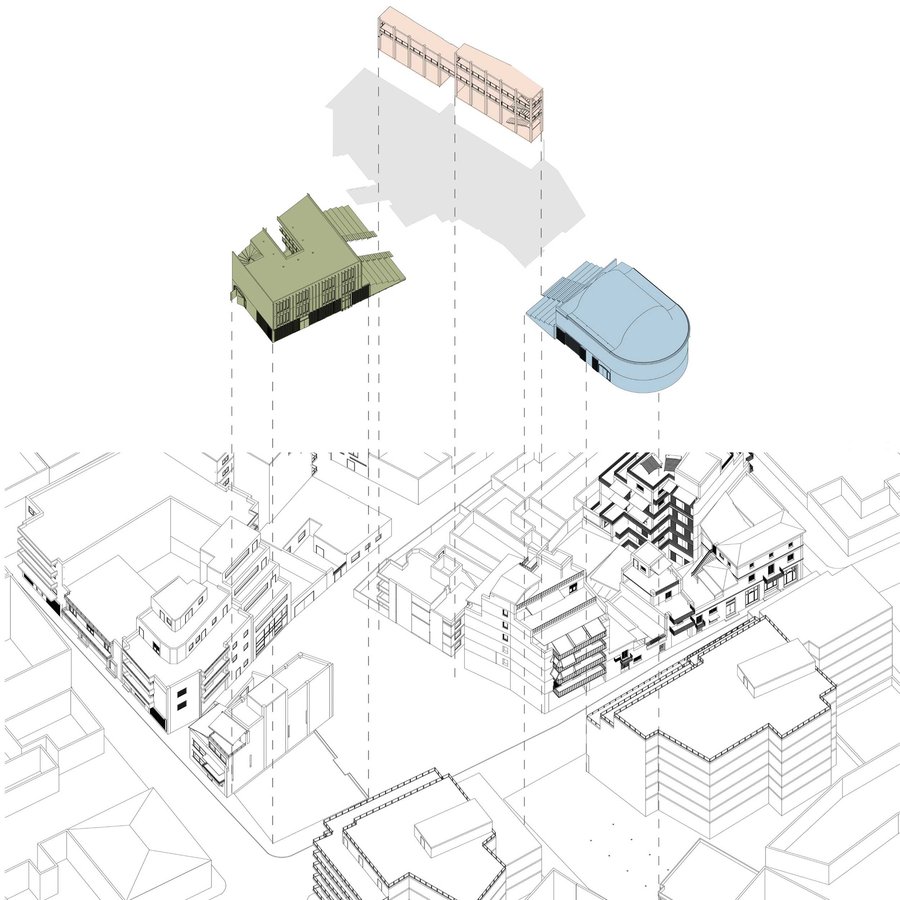 When interacting with the people, in the not so affluent part of Athens, I discovered many felt

uprooted and lacked a sense of belonging. Many refugees wished to move on to other

countries but could not, either permanently or because they were still waiting for permission.

Many expressed that although glad for the help churches provided, going there made them

feel somewhat confined and not really at home. The Athenians live there because they could

not afford living in the newly developed expensive properties. They too need a place to feel

at home and have a sense of belonging.

Creating a modern version of the Agora. The literal meaning of the word Agora is “gathering

Even if many refugees move away again, a modern Agora place could provide a space in

living. For some people it could prove a steppingstone into creating a life in Greece.

In creating a sense of belonging, it will also help the Athenians to regard their environment

as a worthwhile area to live in; and not just an area that is considered part of the waiting

game for refugees. A social and civic space such as a modern Agora, where both refugees

and Athenians could feel they belong can hopefully help bring about this sense. It is

important that it is not just for the refugees but also for other local Athenians, hence drawing

inspiration from the Ancient Agora.

The idea of the multifaith hall is that it is built in partnership with volunteers, locals and the

refugees over a span of three months during a summer.