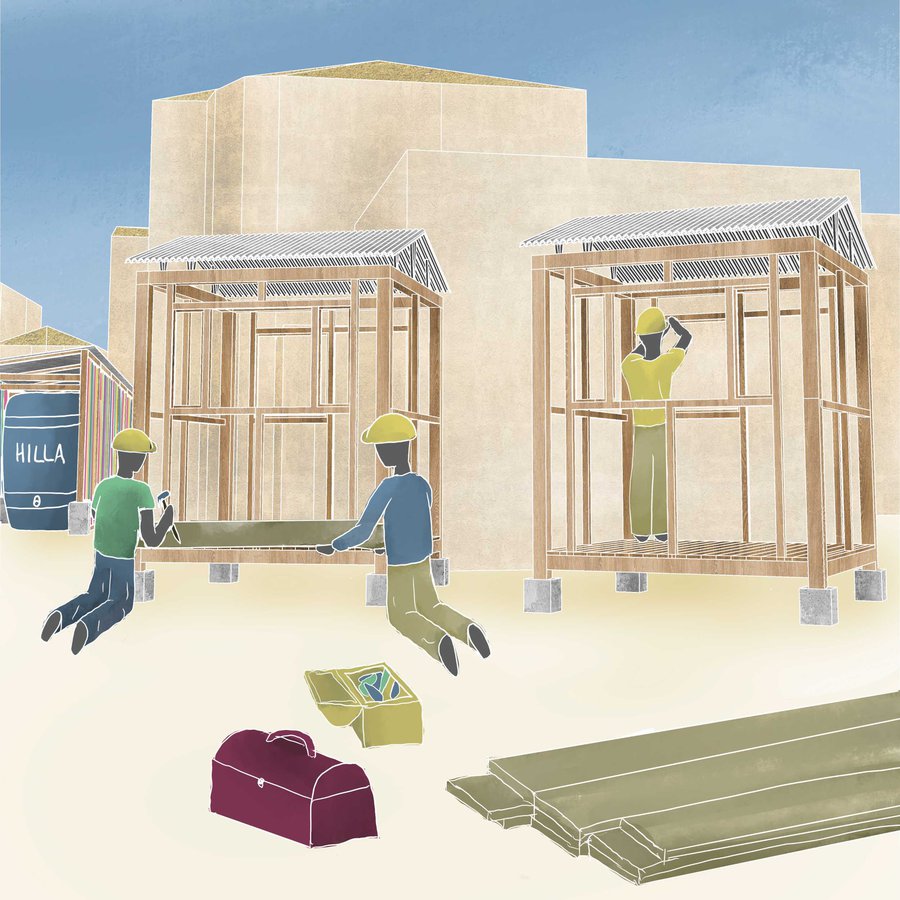 Feast on Samba, which is based in Freetown, Sierra Leone, is a proposal looking to

formalise of an existing pathway, to allow for the growth of female enterprise and community

Sierra Leone is a developing country, and my aims were to ensure my proposal considered

this, as with fast changing landscapes, building uses tend to shift, and for proposal

sustainability my design should be able to consequently adapt.

Around 64% of a household’s income is spent on food, making it quite a lucrative market.

Due to food being very important economically and culturally.

Through extensive social analysis, one of my main project drivers became bringing local

route, to further integrate the genders and create a true social Highstreet. The specific

activity I addressed is cooking. If the woman of the area collectively used their ‘domestic’

skills, they would be able to make a great amount of income, due to the lack of food markets