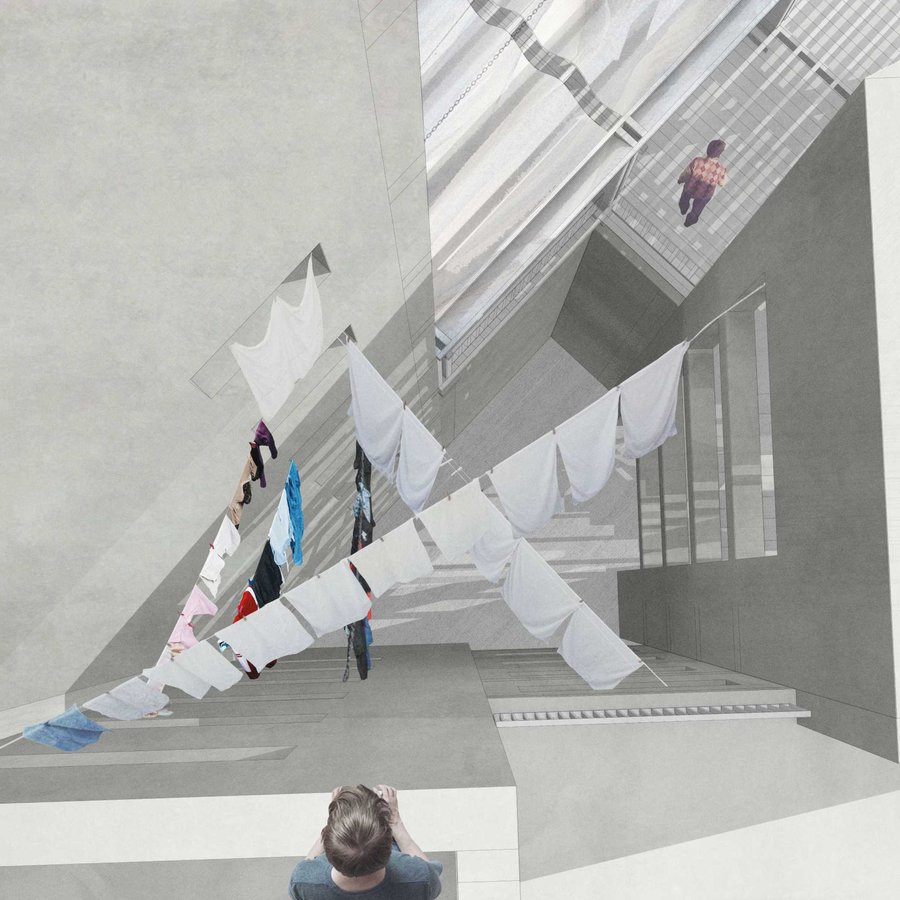 “Unfinished and abandoned buildings lie in wait throughout Greece, as refugees and homeless line

the streets in front of them. Why can’t one balance out the other?” Yiannis Baboulias, Greek

With reference to the City Plaza Hotel, this project addresses the potential of temporarily inhabiting

unused concrete structures, utilising the scars of the economic collapse to house refugees, as well as

the homeless and activists. Making use of available repurposed materials and scaffolding to take

control of the site via a process of incremental donations, the integration would begin by employing

skilled refugee workers and an array of NGO’s for building the infrastructure of a future community,

while unskilled workers can be trained. These structures, completed through a gradual process

depending on the needs of the time, supports a movement of activists who believe in creating

solidarity movements for refugees that can battle against the rising tide of nationalism in Greece.

Being situated in the heart of the City, this project presents more possibilities in terms of integration

for refugees and shows the possible benefits of housing refugees within communities, rather than

on the peripheries of the City.