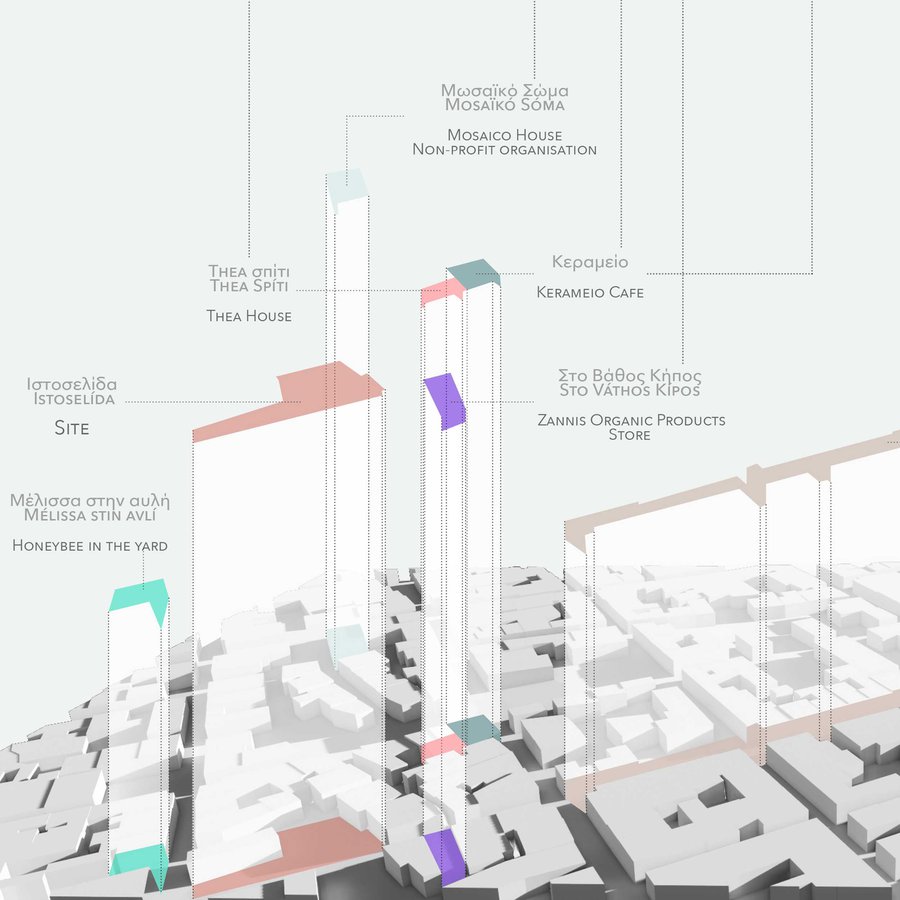 The design proposal intends to integrate women to the Greek economic and social fabric, by

producing marmalade and packaging honey on-site to be sold in the Wednesday Farmers Market.

Even though some refugees are not allowed to work, Gregorio from the Greek Forum of Refugees

acknowledged a small loophole in Greek law. This enables women to produce goods sold by the

NGOs, helping them to be financially independent.

The larger scale scheme intends to increase the number of beehives and fruit trees around the site,

after noticing women picking up olives and fruits on the streets. The proposal consists of three

central ideas. Accommodation spaces for women, workshops and productions areas and the Market

hub, in which these goods would be sold, using the same model of the Greek Forum of Refugees.

The proposal will develop through stages as a result of the work of different NGOs and volunteers. It

would begin with a concrete structure for the first two levels built by contractors, following the site’s

dynamic of the domino house, accommodating the market hub and workshops. Future intervention

to the building will explore the introduction of Cross-laminated timber for the floors above.