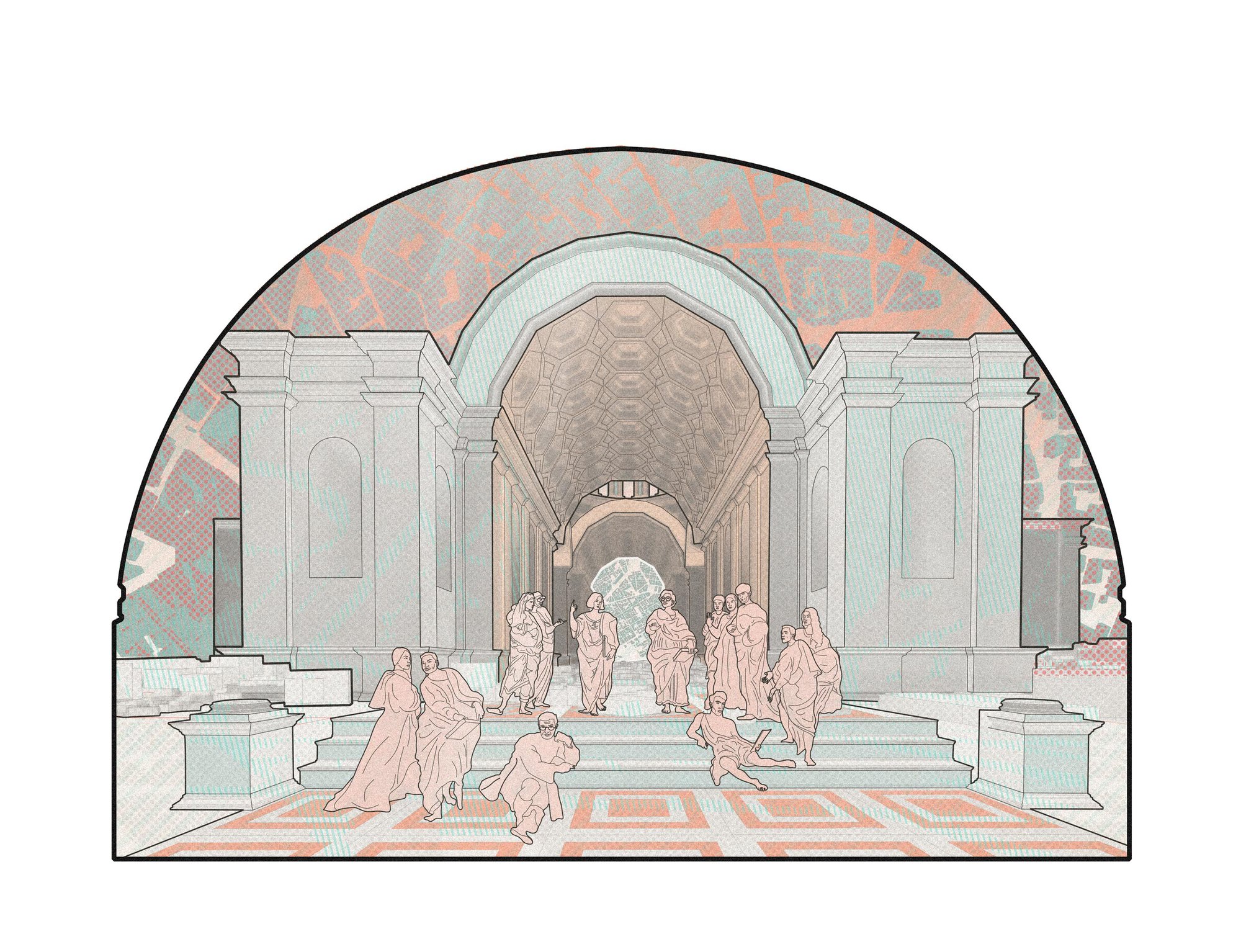 Cities – do their best to heal society’s divisions of race, class, and ethnicity. They should be clean, safe, efficient, dynamic, but currently, we make cities into closed systems, with schools and hospitals built as isolated campuses. This results in people fleeing decaying parts rather than re-invest in them. The current situation in Athens reflects this, with many thousands of abandoned or empty buildings. However to begin ”renewing” the inner city most often means displacing the people who have lived there before. In thinking about the city we refer to ‘context’ as being a polite but potent word in repressing anything that doesn't fit in, context insuring that nothing sticks out, offends, or challenges.

Studio 7 proposes designing buildings which are open socially to different voices who attend to one another, allowing for chance mutation, pathway dependence, and the environment conceived as a coherent whole, where interaction between physical creation and social behaviour occurs. We propose that it’s the sheer physical density in itself which is the stimulus, with ambiguous edges, contriving incomplete forms in buildings, and planning for unresolved narratives and realities.The new community resources situated at the edges between, making use of new technologies to make building both simpler and more flexible in operation.

In sociology, incomplete form goes by the name of “dialogics.” In everyday social life, it’s what we mean by good listening skills, or by sensing what people mean to say but can’t find exactly the right words for, or by putting disconnected bits of ideas together when people talk to one another, we will try to practice this skill by asking questions and listening to the answers. We are obliged to interpret silences or fragments, to make sense of incomplete expression, Most simply, the linear narrative aims forward at a conclusion, whereas the dialogic encounter emphasizes sheer process, which in turn involves rolling evaluations at critical stages of the work.

We decide when the critical stage of a re-think has arrived, with Studio 7 believing that we have to embraceless re-assuring, more febrile ideas of living together, to capture the realities of Athens in the European Union.