Your film Invisible Hands is part of a body of work exploring gender and labour, could you tell us a little bit about how the project started?

The film is a documentary exploring traditional carpet making in Iran which I began thinking about at the end of my first year. I travel to Iran once a year to visit my family. Around 10 years ago I learned how to repair shag carpets and I decided on one of these visits to develop my skills. While I was learning I started thinking a lot about the role of carpet weavers who are mainly women. I arranged some meetings for interviews and tried to communicate with people from different levels of the industry.

In which region did you film and where did you start?

Different regions have their own carpet pattern and they're well known for their carpets. I started in my home city Shiraz where carpets are made in the surrounding villages. I moved on to Tabriz which is known for its Persian carpet centre in the northwest of Iran near the border of Turkey. Fars state is famous for producing Gabbeh, kilim and angular patterns. Historically every region is known for their own design and selection of colours but these days it doesn’t work like that and different patterns are woven in different places. 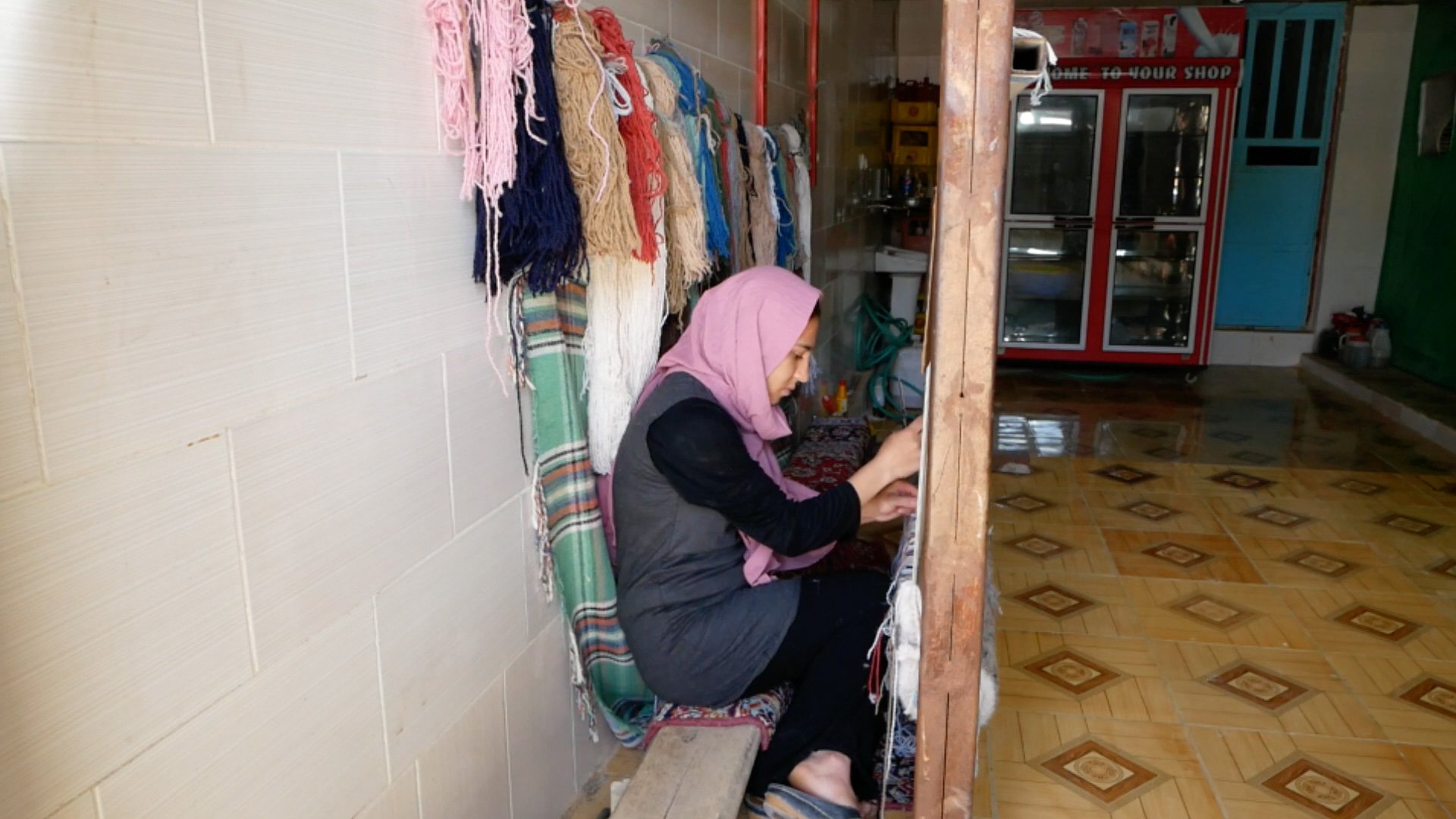 What was your original intention, did you just want to film the production and see what happened or did you have clear idea of exactly what you wanted?

I wanted to document the weavers’ difficulties. I grew up in Iran, so I am familiar with the conditions that weavers face. I thought it is important that my Western audiences know which group of women are weaving those carpets and although each one has their own story, they share the precarious situation, the low wages, and the laborious, physically very demanding process.

So you were thinking about labour practices right from the beginning? 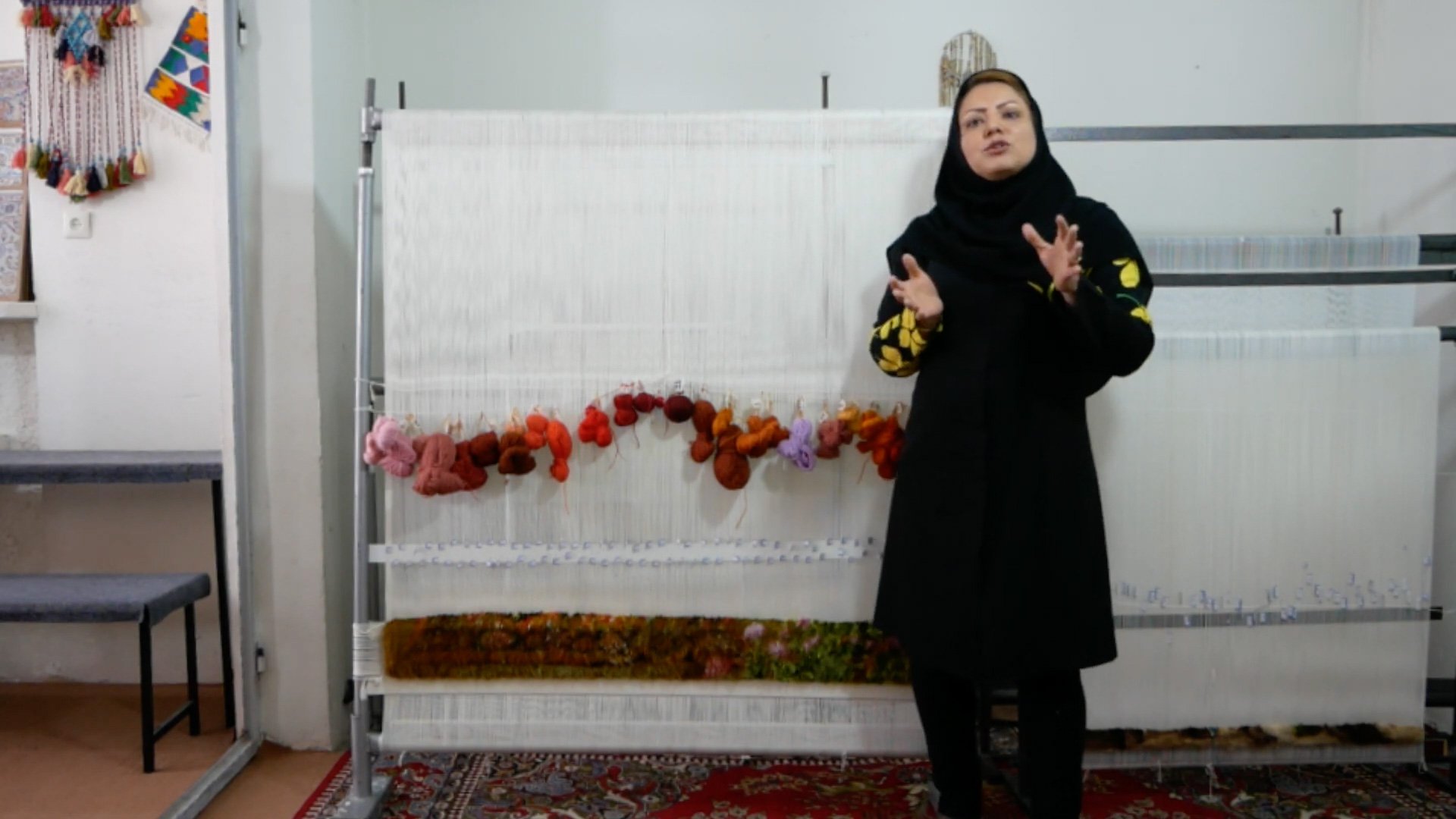 How did you go about doing this?

Well, I told him that it's for my graduation project and that I wanted to know about they started weaving, what made them interested and later, after we had become relaxed I would ask about their working conditions.

When you brought the footage back to London and were looking at it through the editing process did you discover things that were unexpected or did it reassert what you already thought?

There was perhaps a larger discrepancy between the experiences of the people I interviewed than I was expecting. Someone working in a similar role but in a different region had very different experiences. So when I came to editing this was something I had to work out how to structure this. 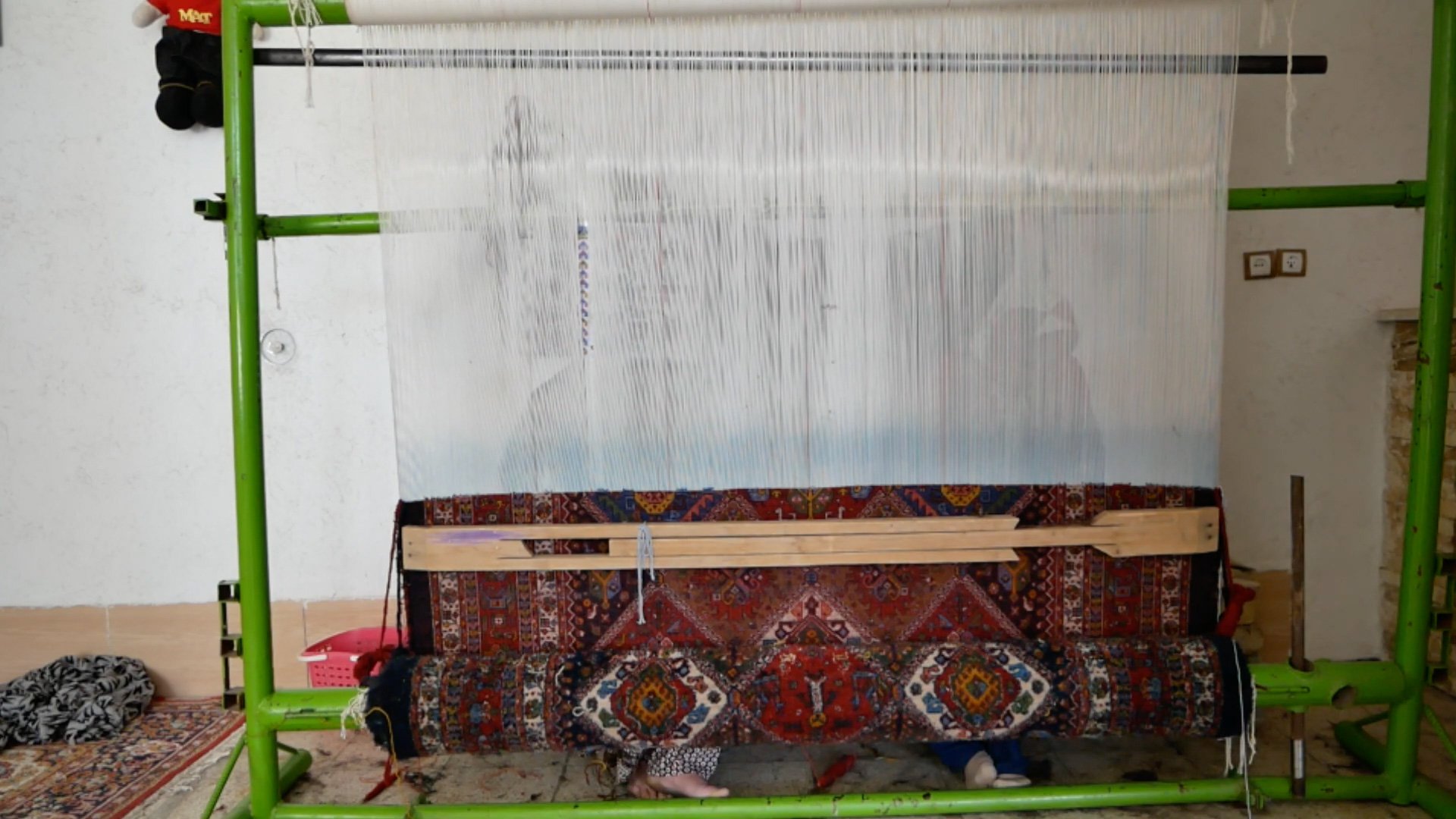 I’m assuming the conditions and processes between these places varied a lot too?

In the villages in the Fars state, I notice there aren’t any workshops. As far as I know, as far as I asked. So, people are weaving in their homes and they have all this material there. In the small villages they weave carpets in their home and in the summer, because they don't have enough space to have a big loom, they put it outside and this is mainly for a large size of carpet. But in the city, they work on frame carpets, it doesn’t mean it's less difficult, but the size is smaller so they can have it at home. In the city people mainly live in apartments so they don't have enough space to have a big loom. In the workshop it is much more recognisable as a job, they are there every day maybe for eight hours and when they came home there wasn't anything in the apartment that was related to weaving.

The video is in three parts, tell us about the structure.

Because this documentary was always part of a larger project that involved my own weavings I wanted them to work together in an installation, so rather than a single film dominating the work it is dispersed throughout the space.

So they are presented almost like your weavings, discrete fragments?

Exactly and as the film itself was filmed in three different areas as well so far it follows that trajectory.

The Caterpillar Who Didn't Become a Butterfly 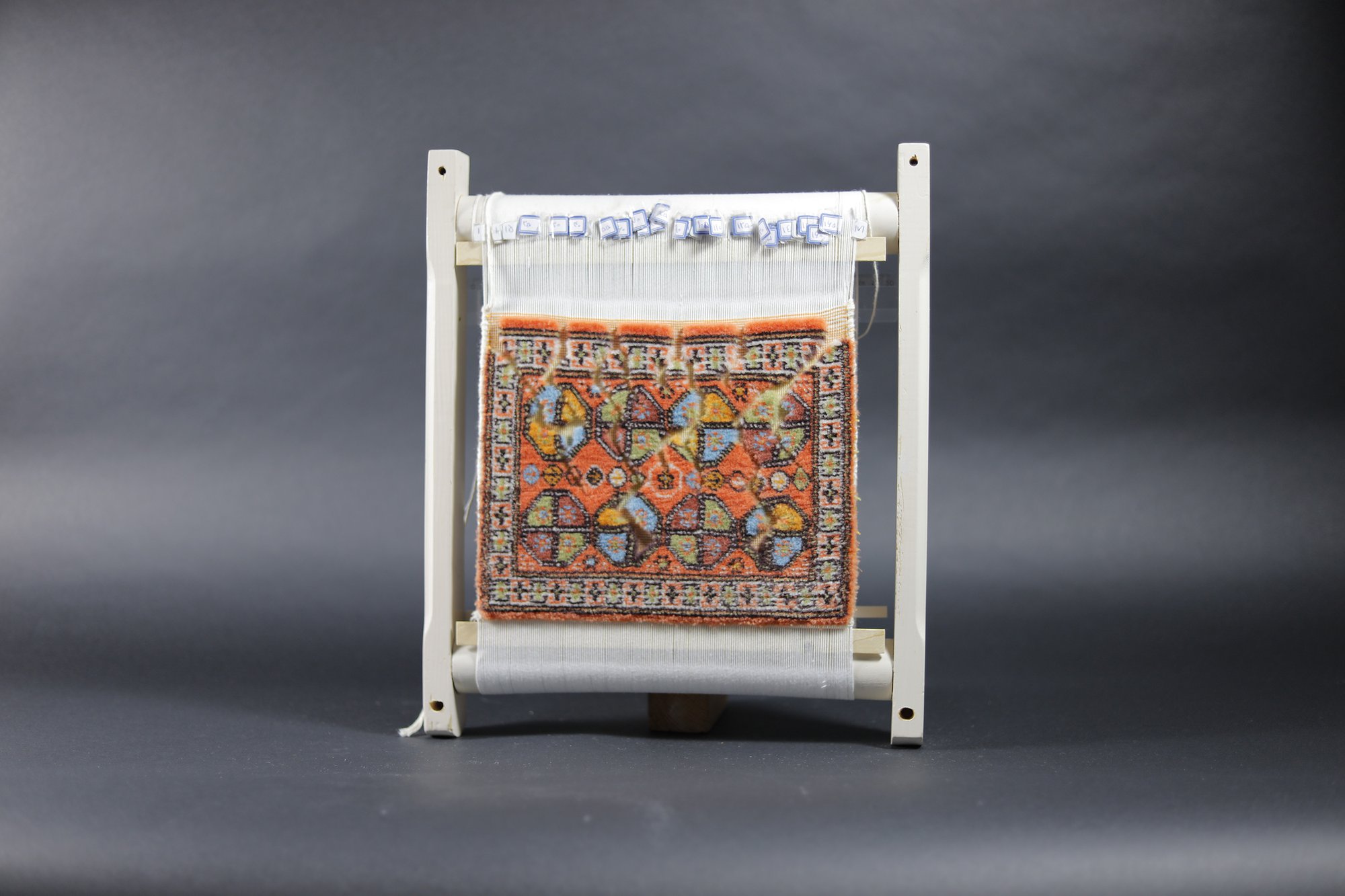 Armaghan Fatem, The Caterpillar Who Didn't Become a Butterfly 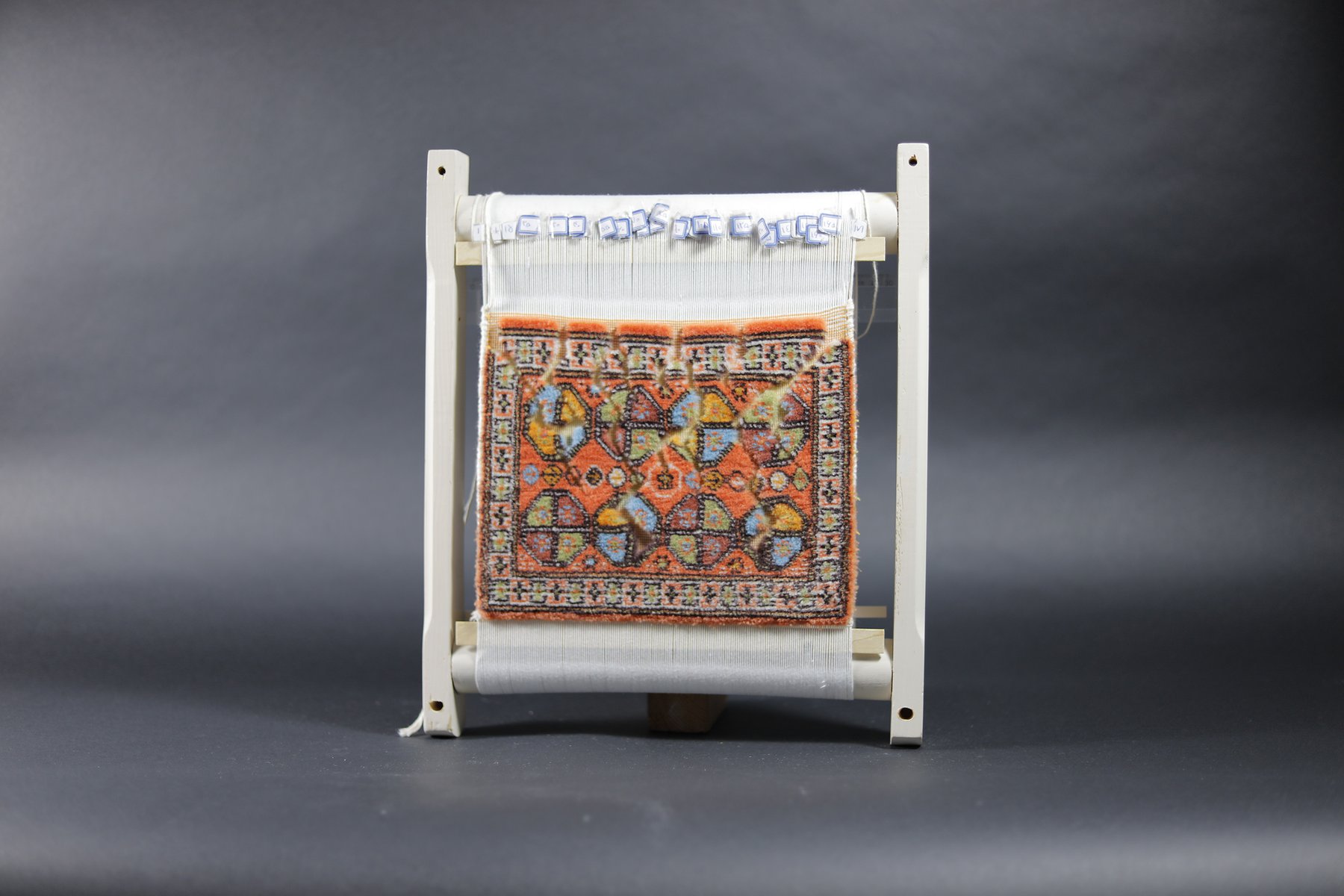 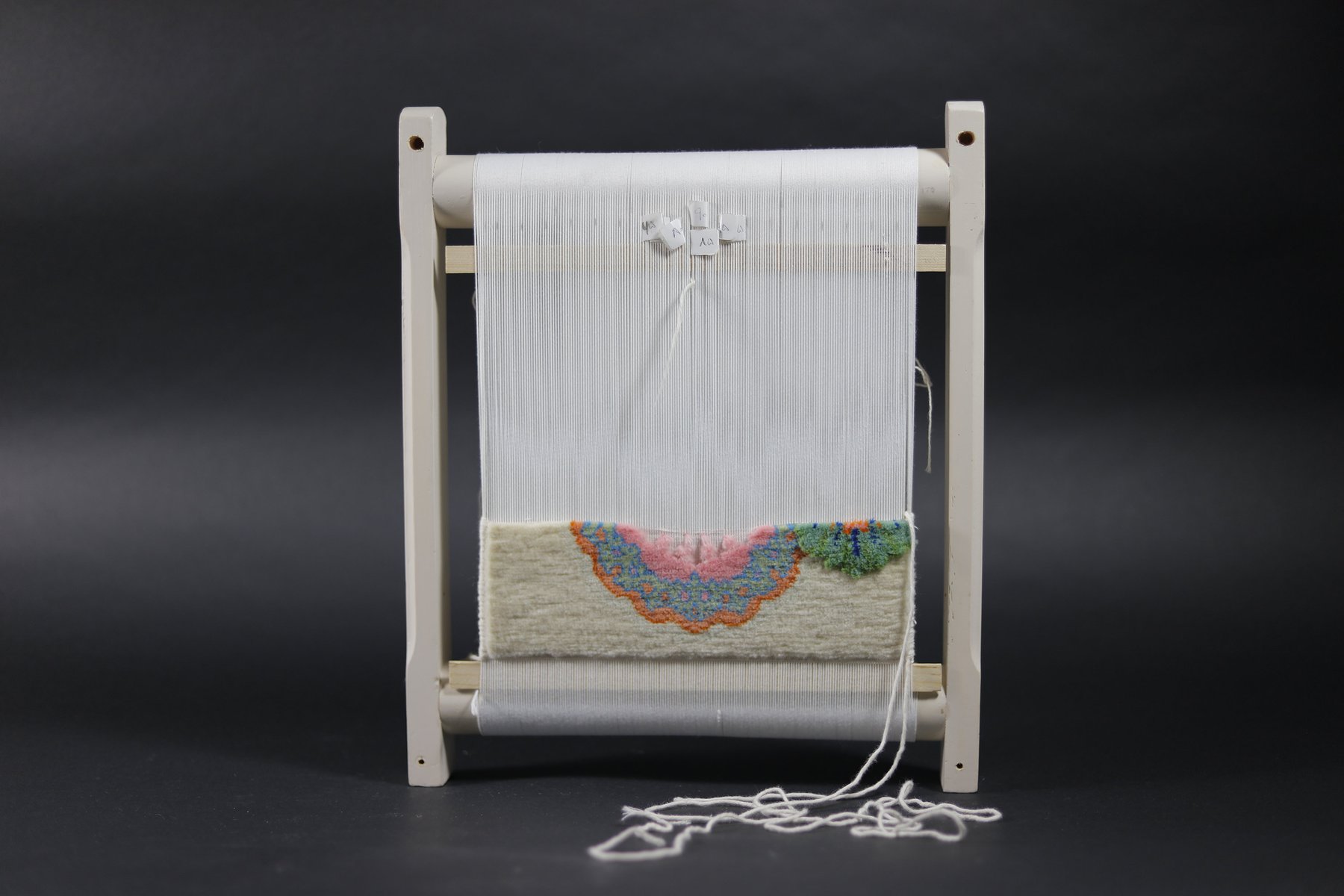 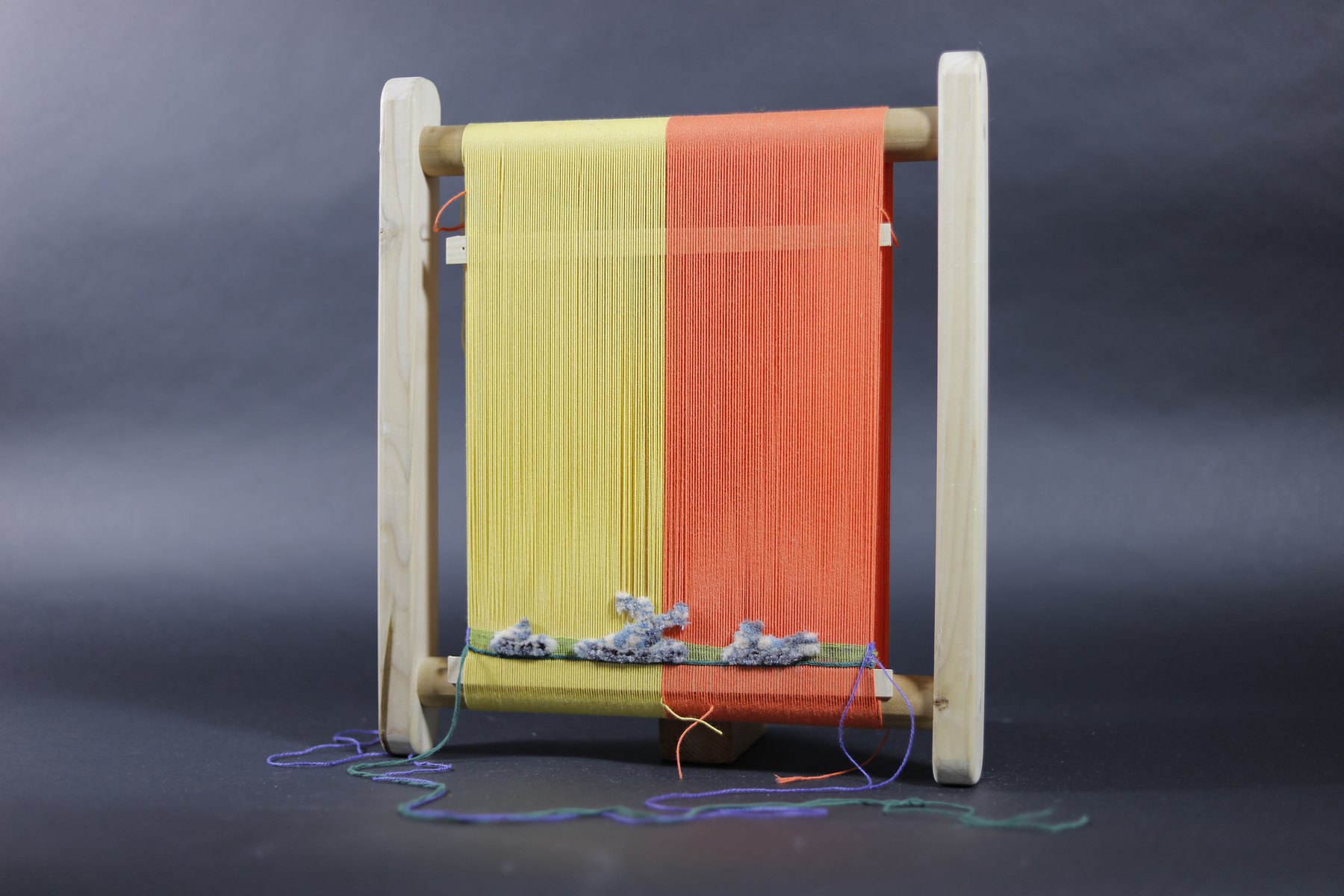 Your work The Caterpillar Who Didn’t Become a Butterfly is a series of partially formed carpet on looms. You were able to join the Fashion and Textiles course for their weaving classes, could you tell us a little bit about this?

So, as I said, 10 years ago I learned how to repair shag carpet, but I didn’t pursue it so I guess I started to weave regularly three years ago and my interest in textiles and weaving started to grow. Persian carpet making is completely different to tapestry weaving I learned in the University, they are completely different, but perhaps because of my knowledge of weaving it's easier to understand how it works. There is a lot of maths involved!

So what did the textiles students think of your unfinished work being presented as an object of art?

I was happy to get positive feedback. I think that mainly because I was in the art field, I wasn't a textile students, I was free to experiment. So I tried different things, because I wasn’t afraid to get things wrong. It was a really great opportunity. 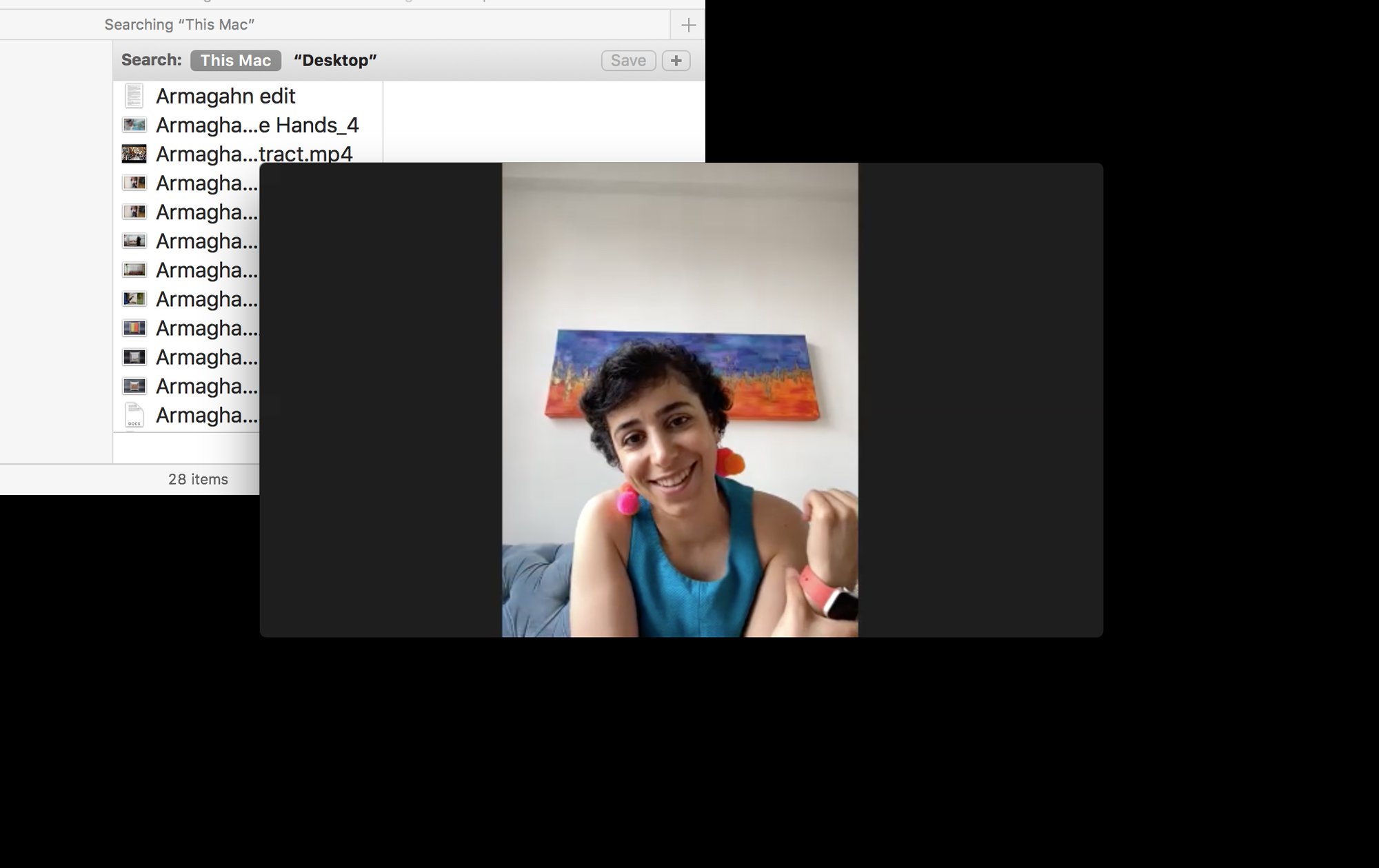 Armaghan Fatemi speaking from her home in London