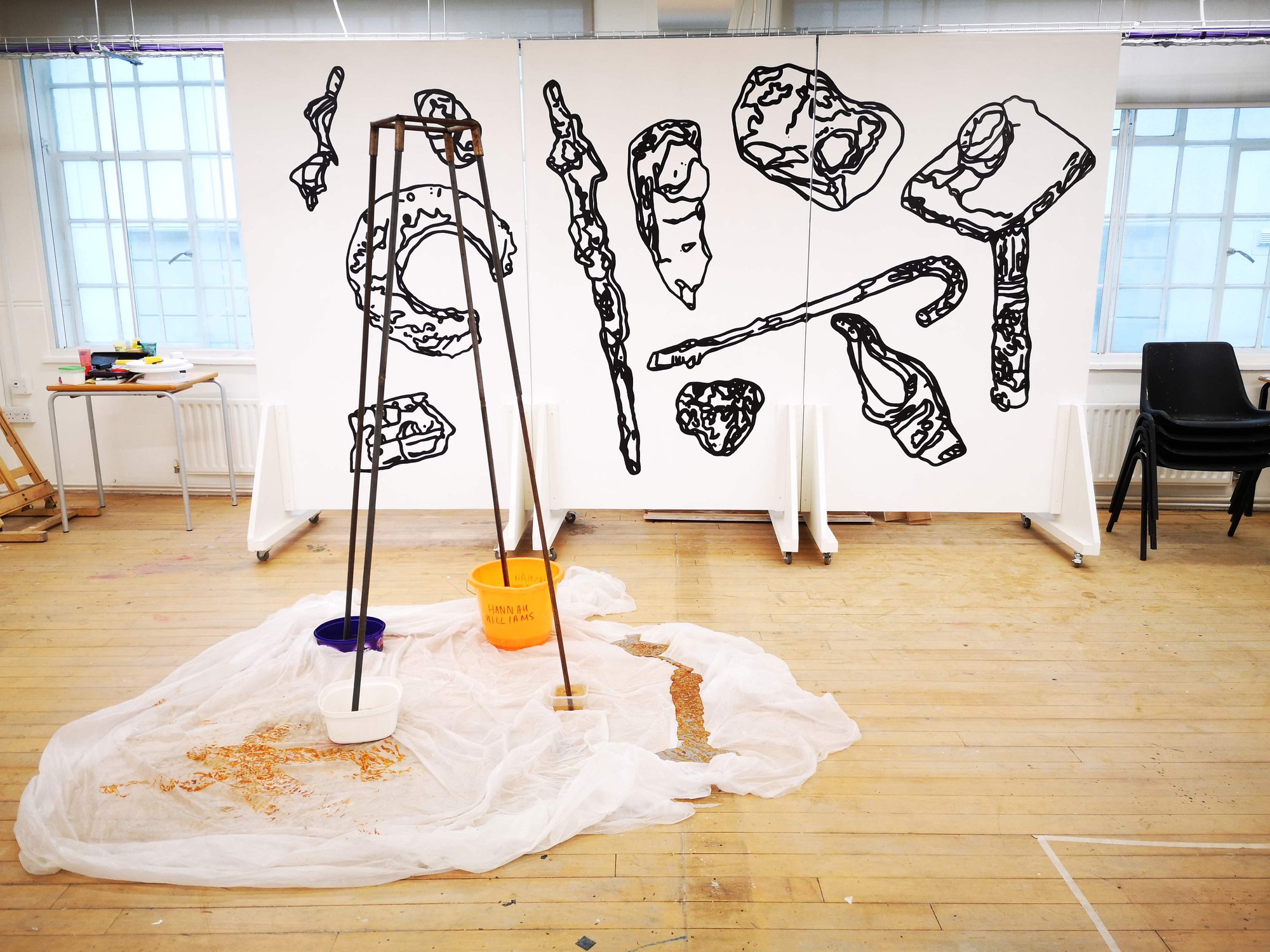 My current practice uses waste objects and repurposed objects to recreate a site in Dartford where some of the waste objects came from. Through the recreation of the site, the work explores the creation of waste and the lifespans of objects in the world. There is a specific focus on the waste objects’ outer appearances which detail the lives of the objects once they are no longer someone’s possession. I hope my work can highlight the site’s waste objects and show that they can be repurposed rather than remain as they are; parts of a problem caused by people that can in parts, be resolved by considering objects as having more than one use in their lifetimes through the act of reusing.

Rusted Mild Steel Object (2020), explores the circumstances the objects at Tramways in Dartford are in and the processes they go through as a result of that. The work was shaped according to a drawing of the object it is based on, showing the loss of the object’s purpose / identity due to the conditions they end up in after they have been discarded. This is reflected in the work’s outer appearance by the rust.

The different parts of this work were brought together to recreate the different parts of object issues which are present at Tramways in Dartford. The sculpture (which has been made to look like a pillar of the Dartford Crossing), plastic sheet and containers are all old reused objects that highlight issues surrounding people’s constant use of new materials. The objects and the painted objects, representing waste objects from the site, are also there to show the different lives objects lead when they are used differently; instead of being thrown away they are reused.

Made by the Sea 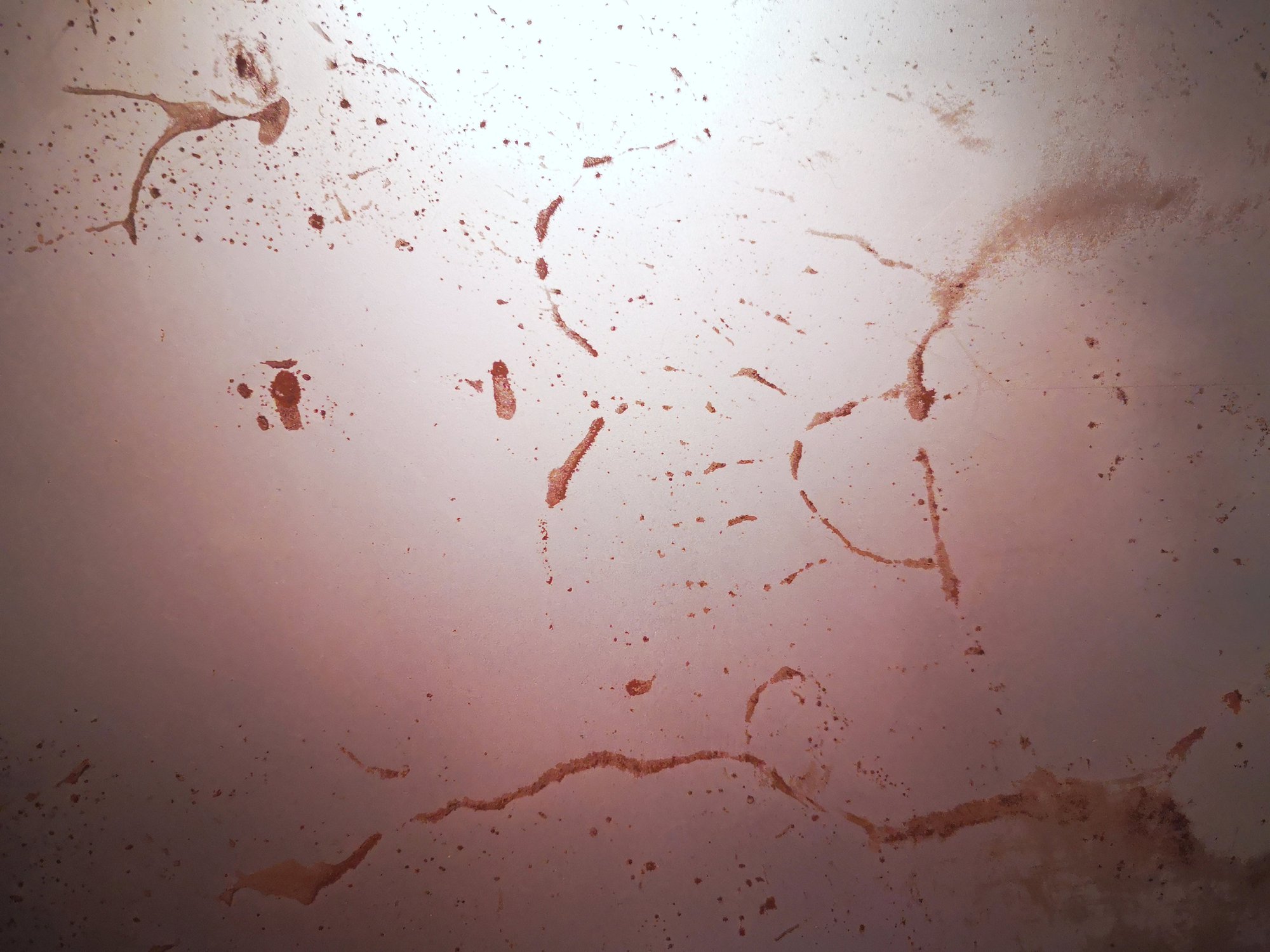 Made By The Sea (2020) is a work in progress that aims to show how rust happens naturally to waste objects at Tramways due to the tides of the River Thames. The rust patterns on the metal show how the tide washed over the work. The free nature of the tides, shown in the work, demonstrate how waste objects at the site can be rusted so randomly that they lose their original identities. 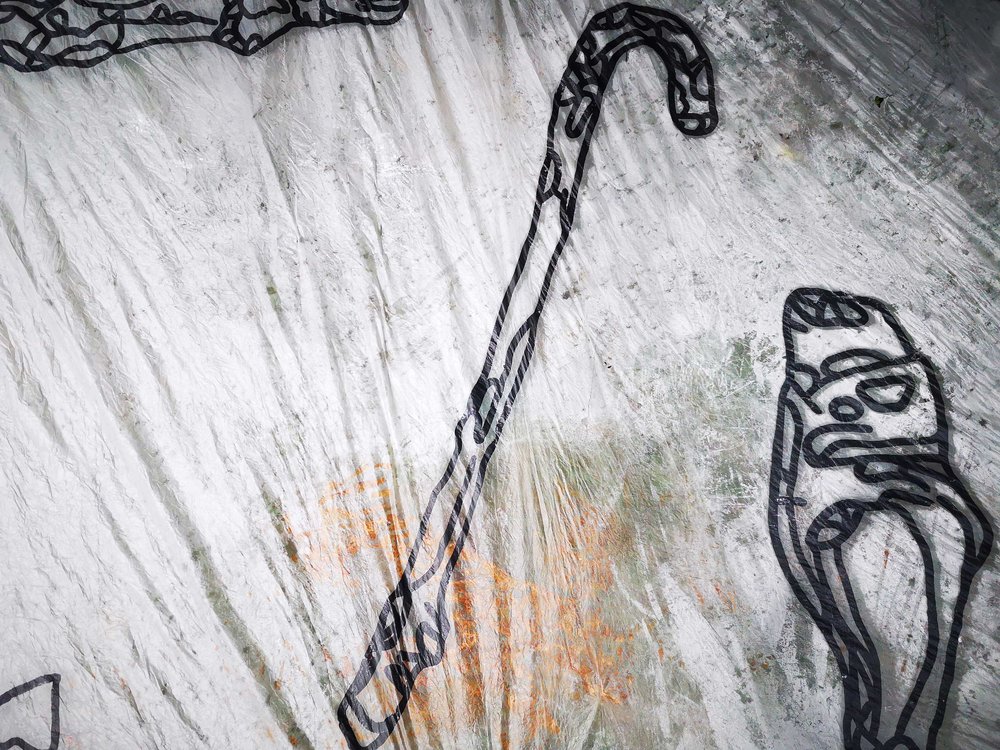 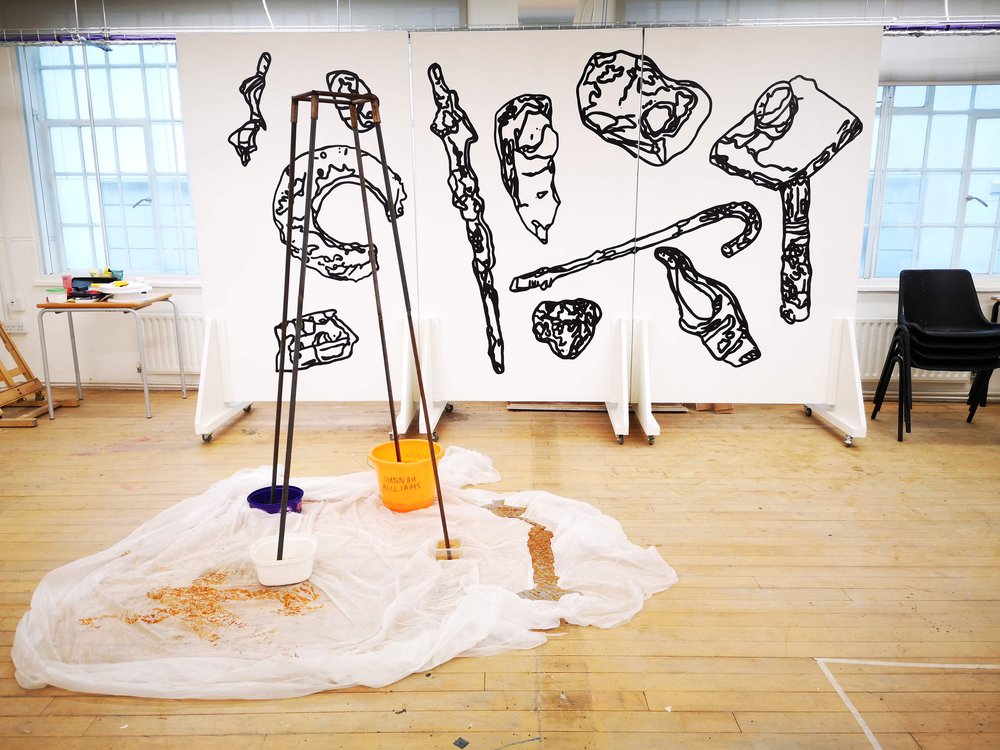 Plastic Objects (2020) focuses on the reuse / wasting of objects. It combines a reused plastic sheet and painted line drawings of waste objects. The different circumstances of the objects in this work are meant to show how an objects’ purposes are altered depending on the decisions made about them.