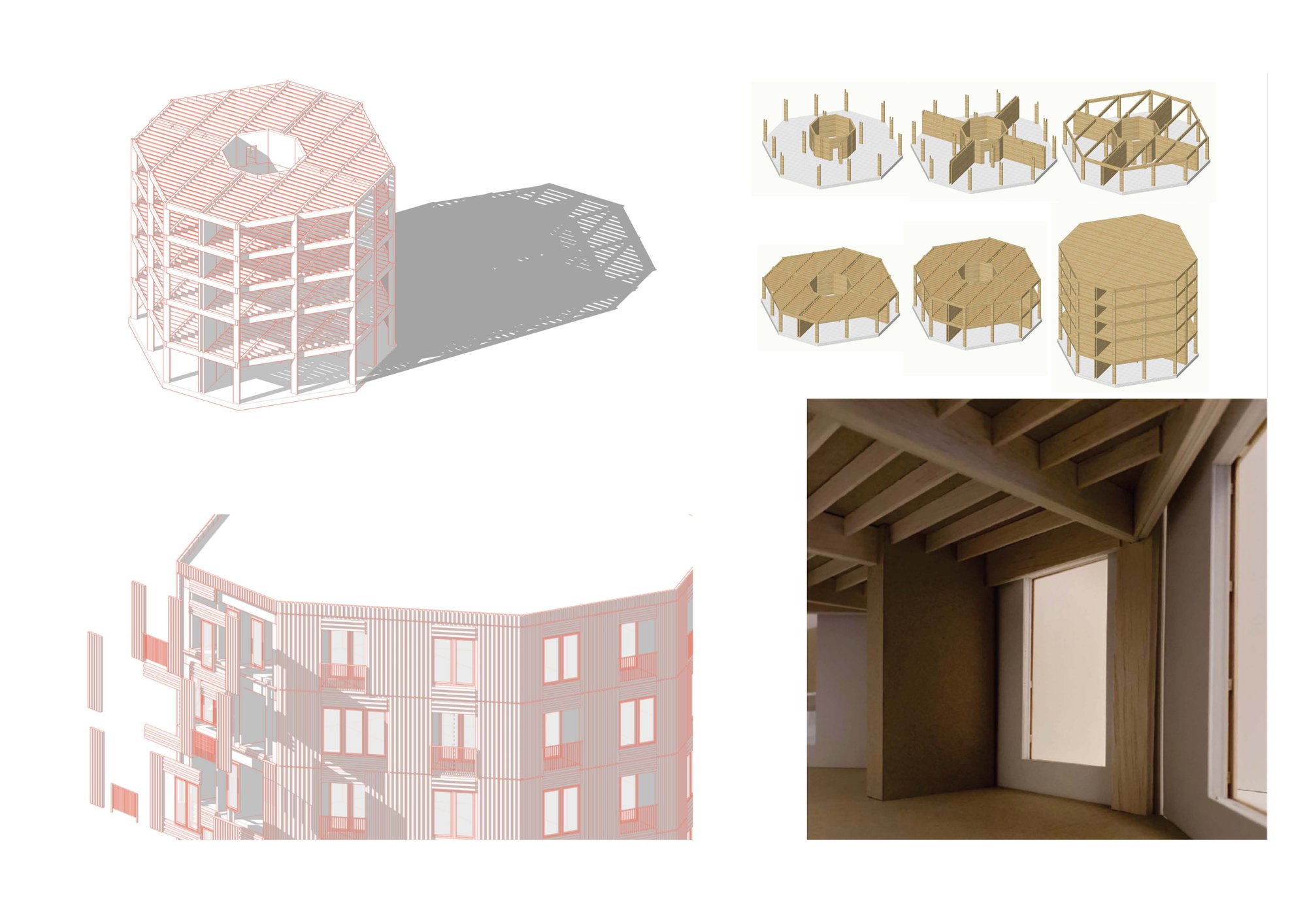 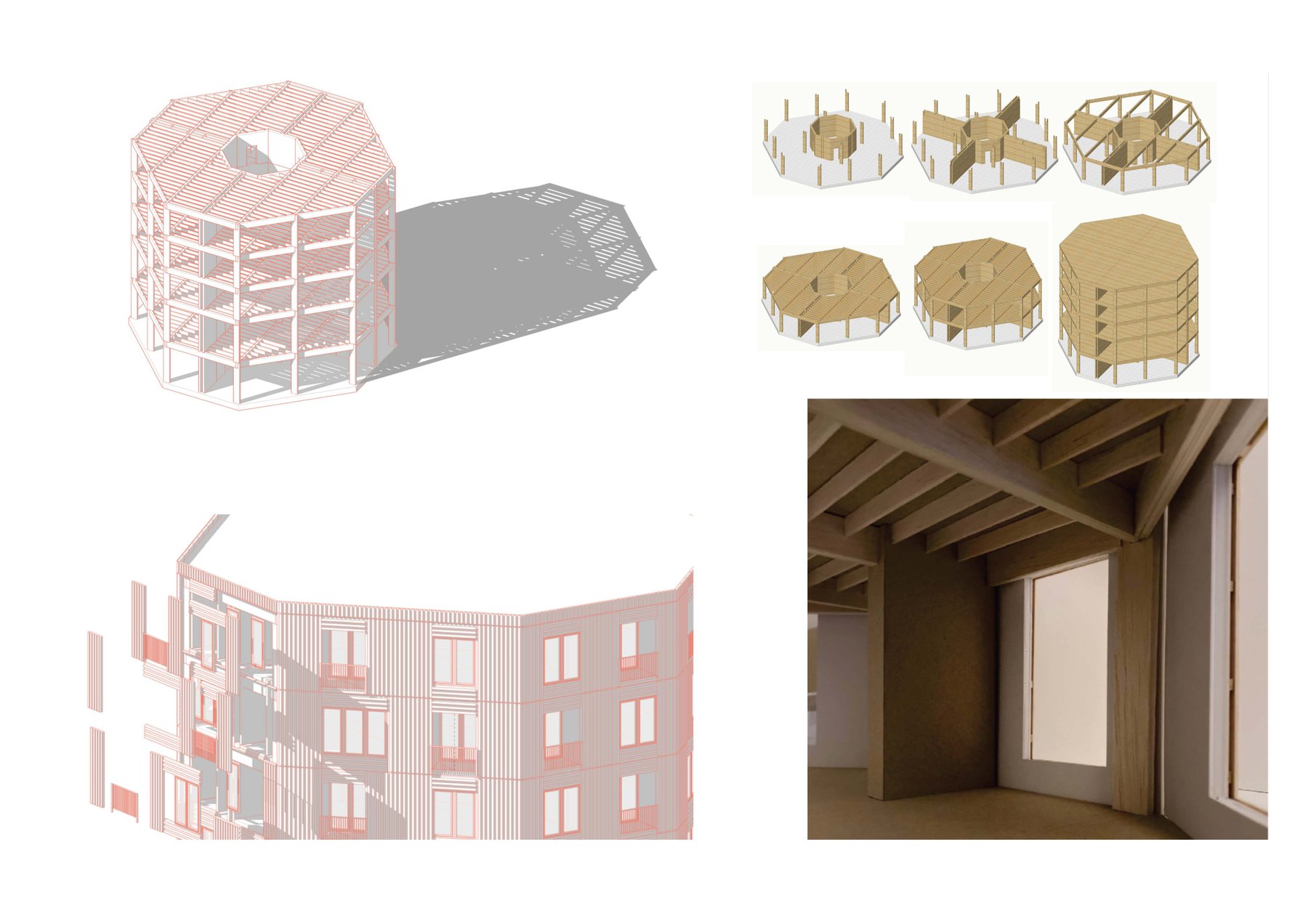 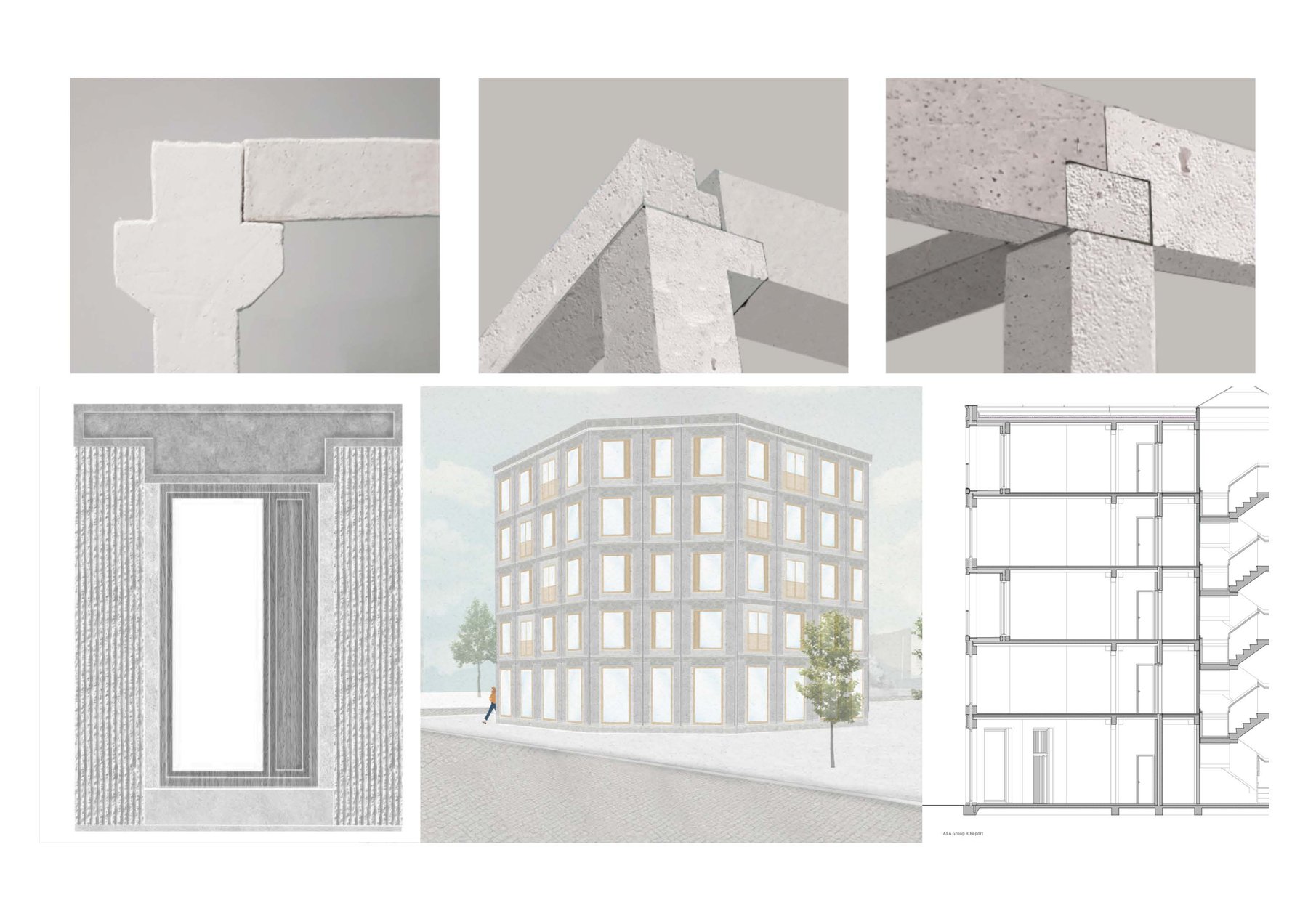 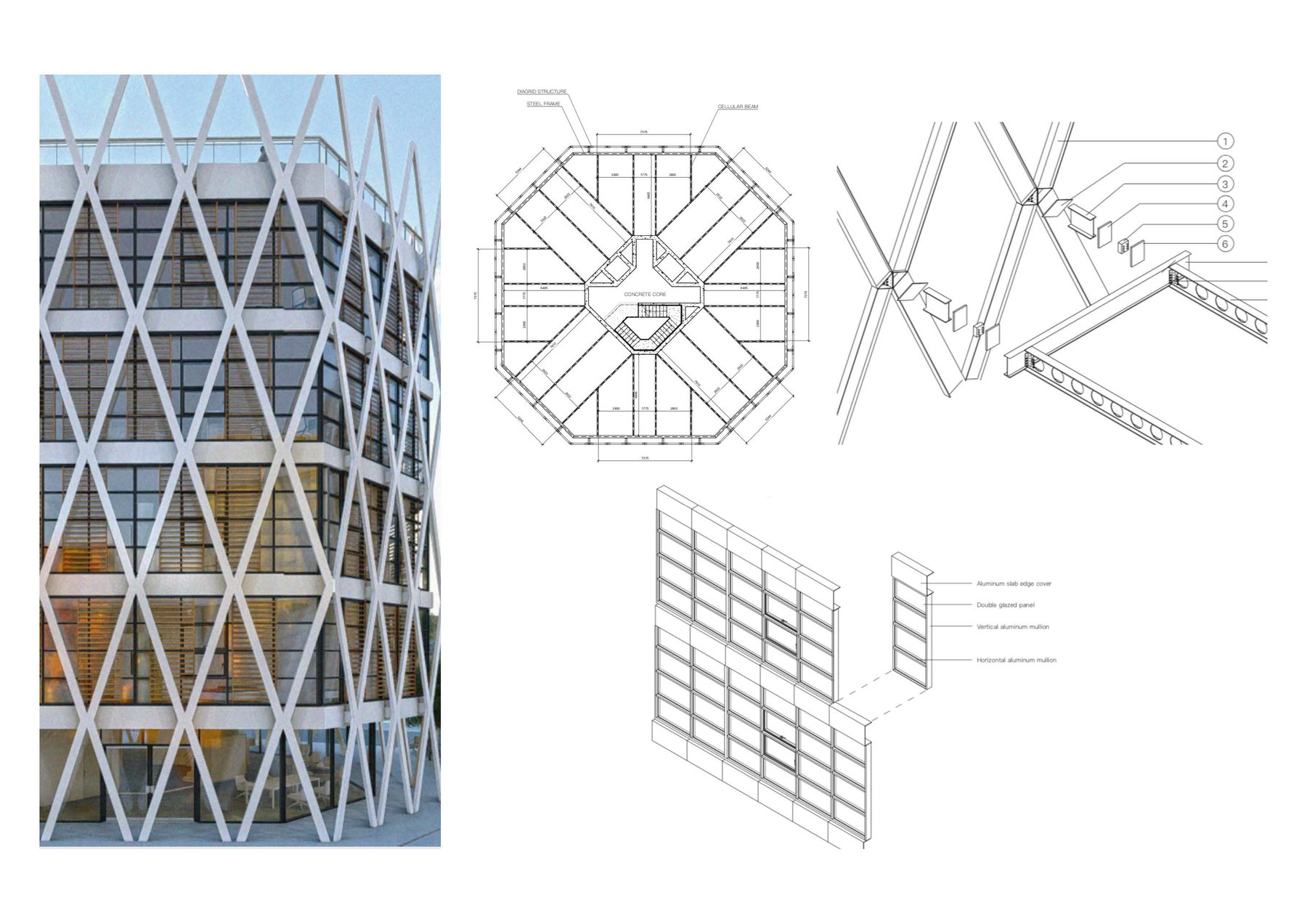 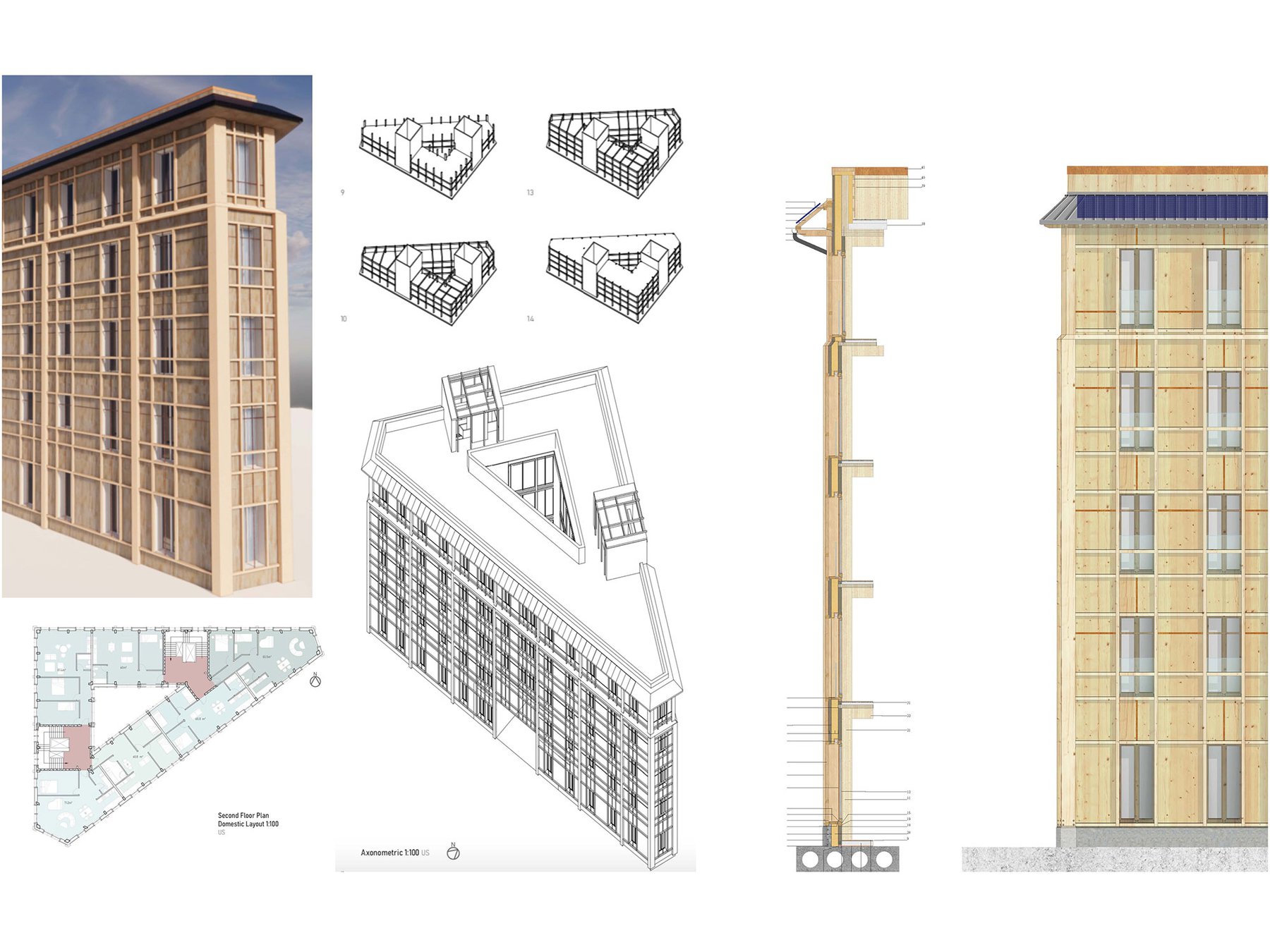 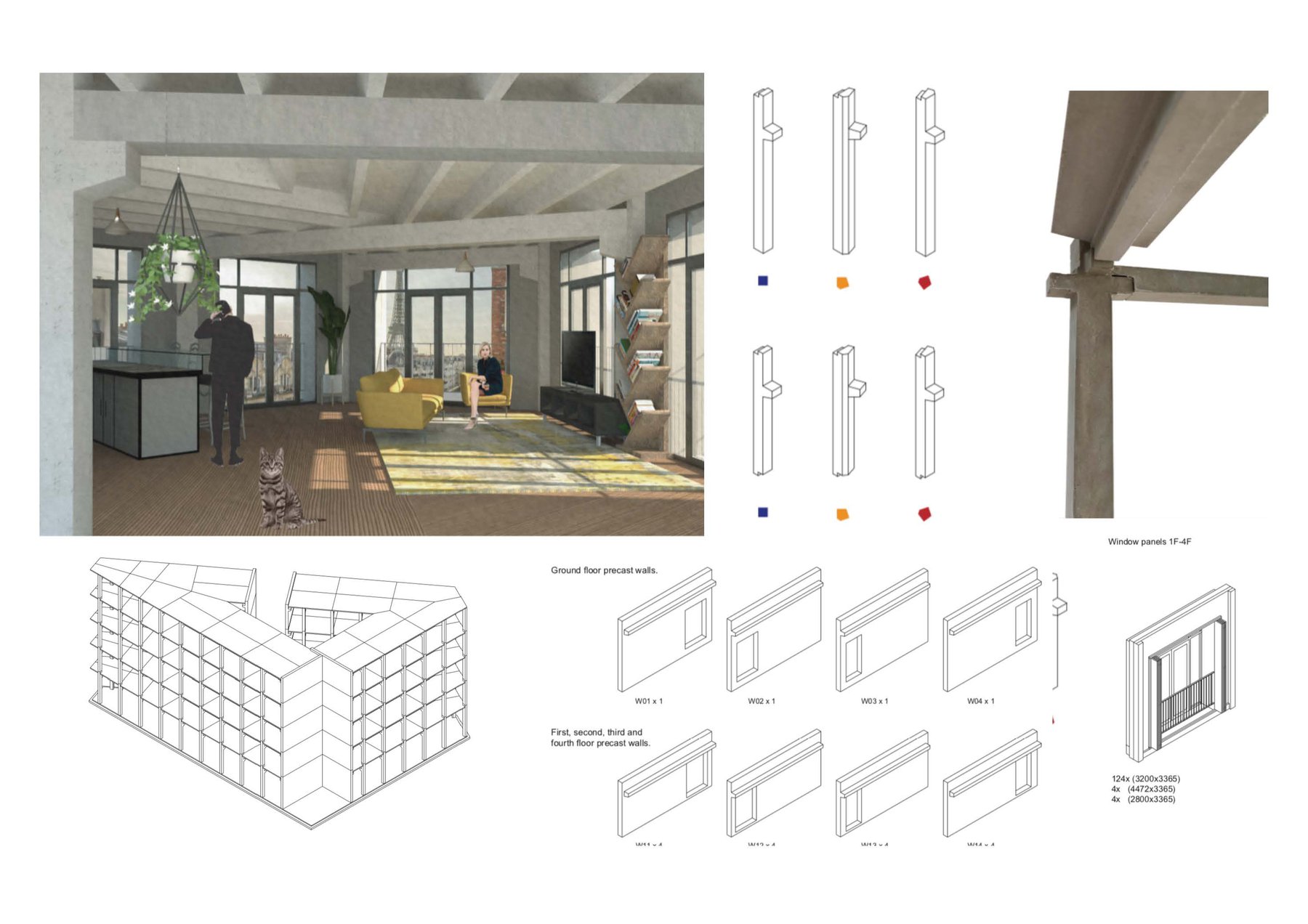 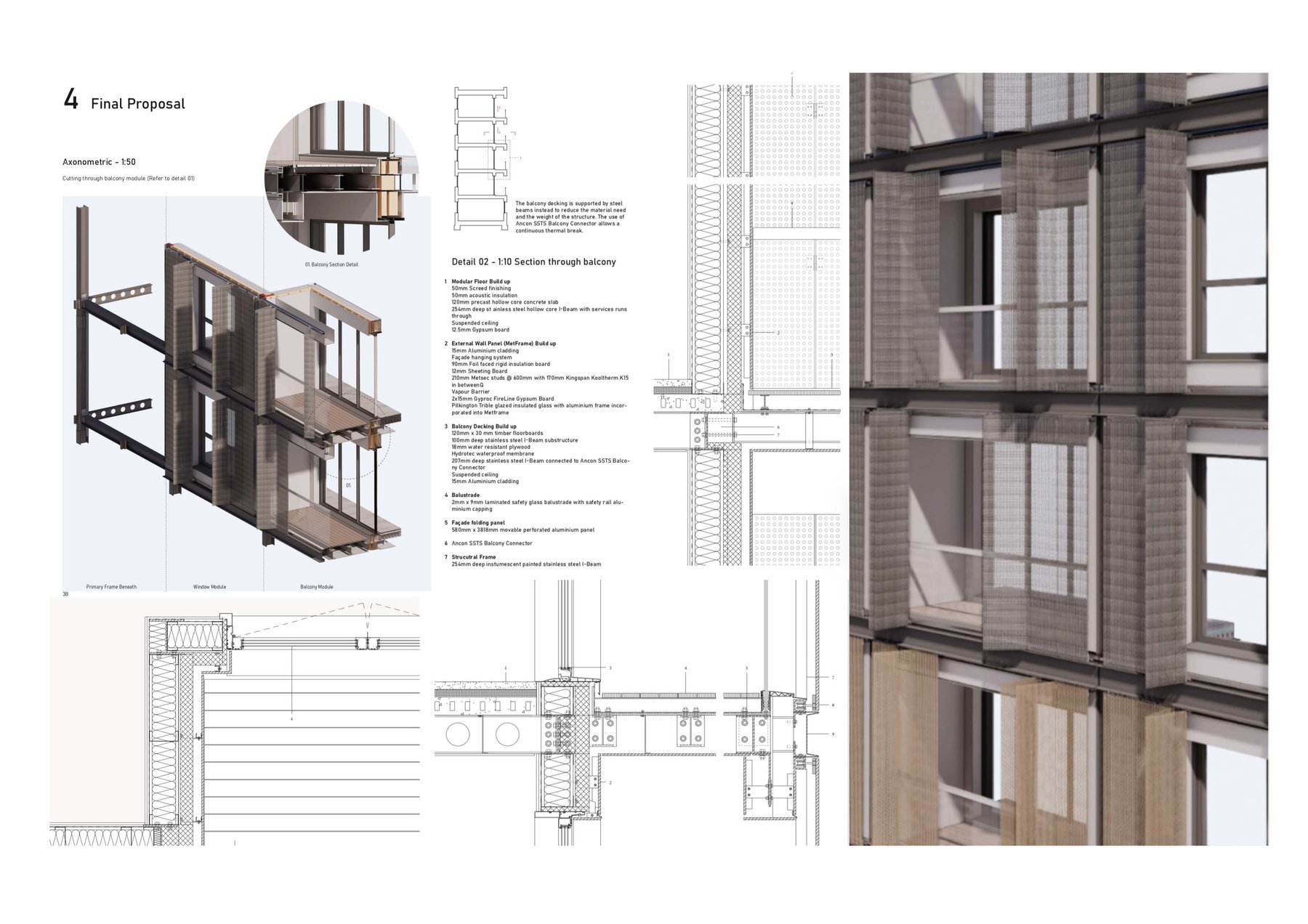 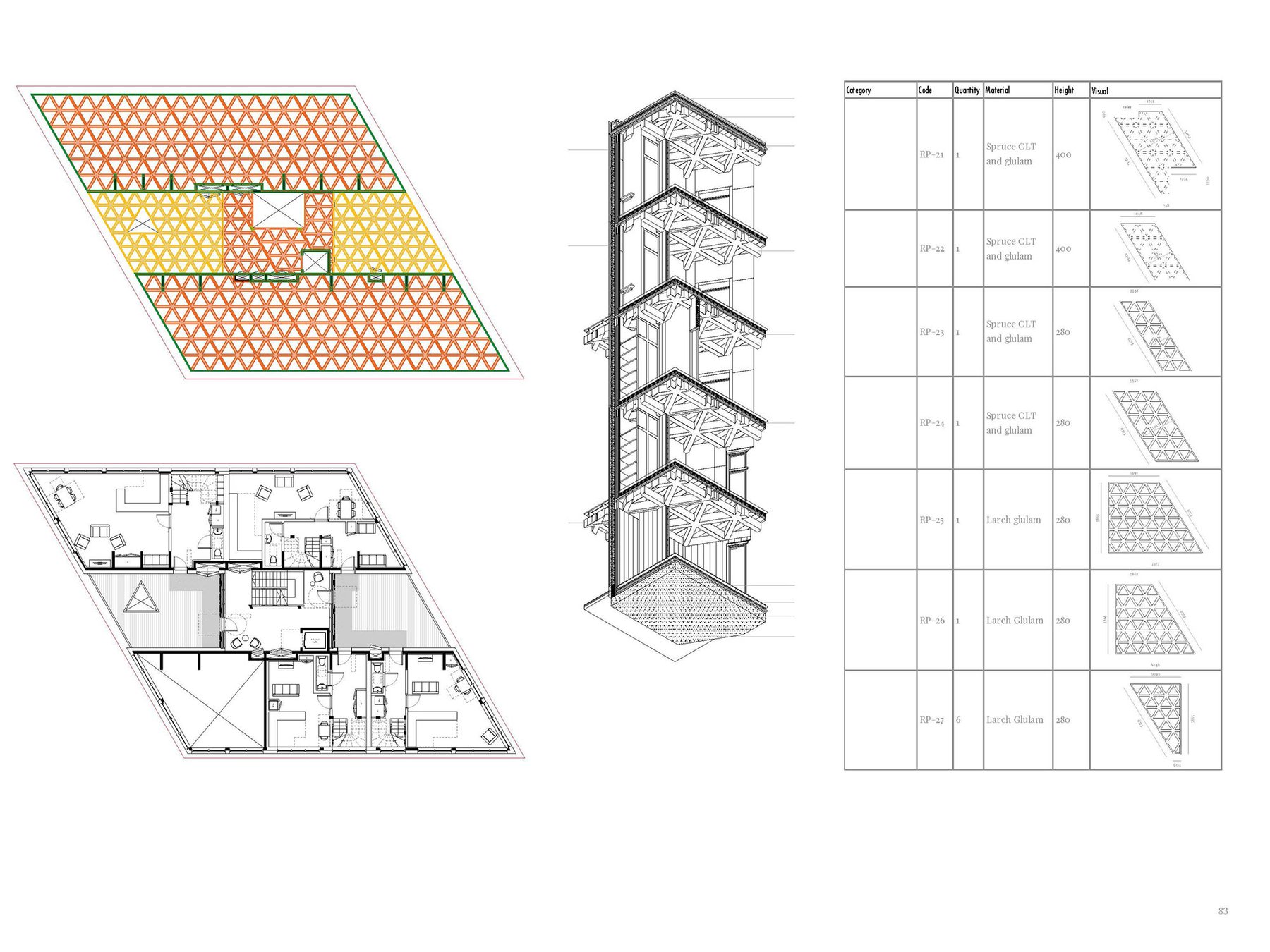 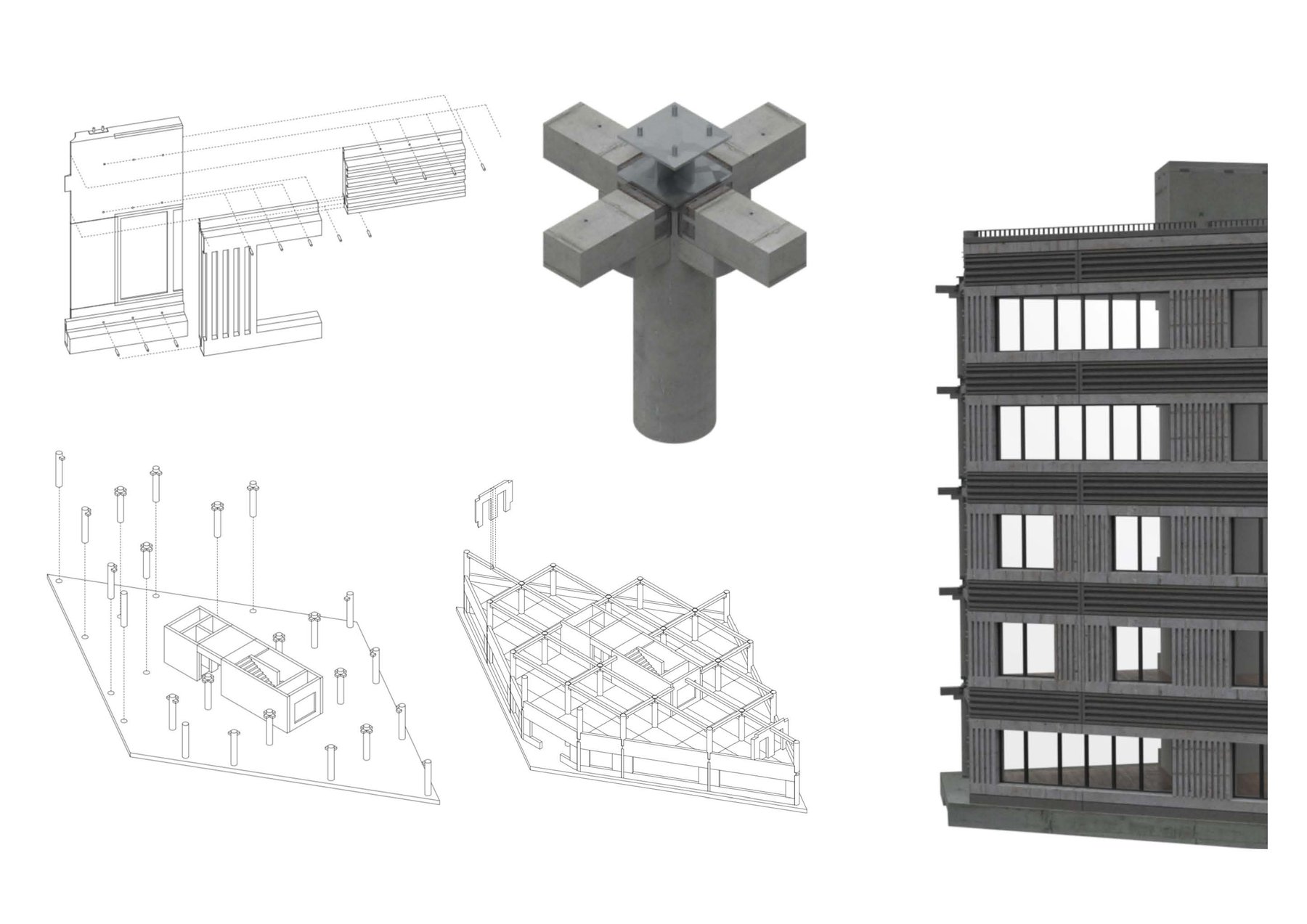 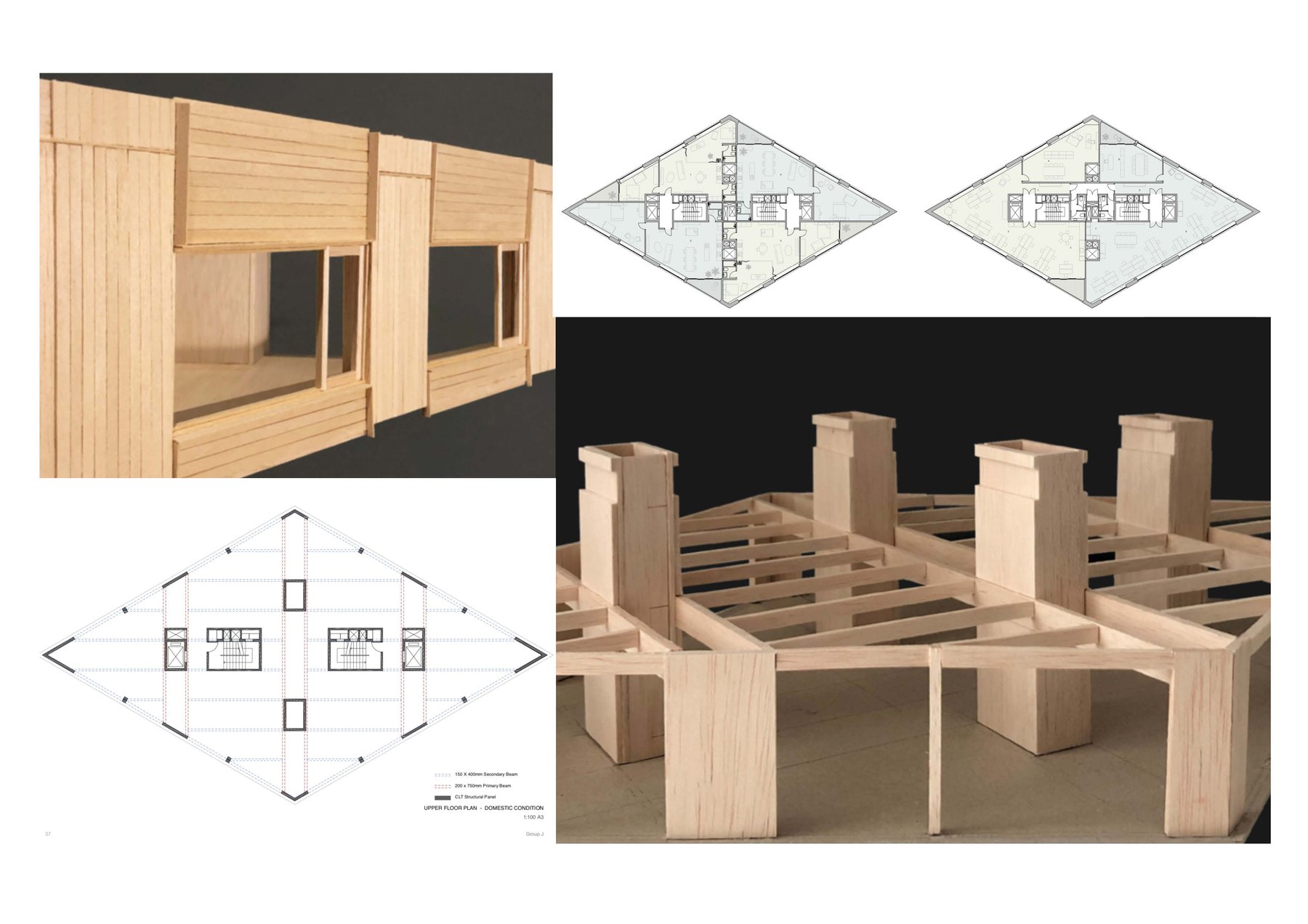 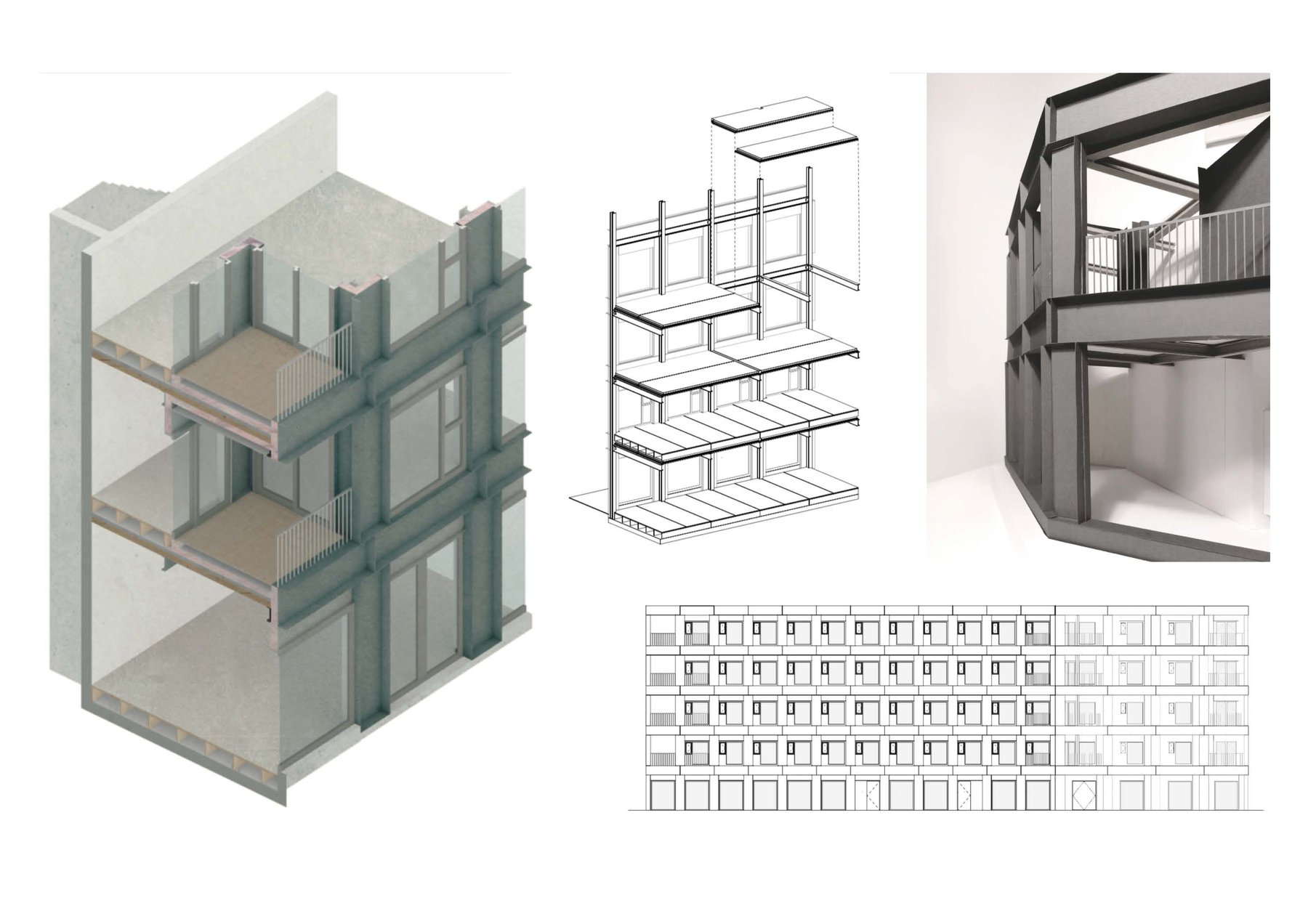 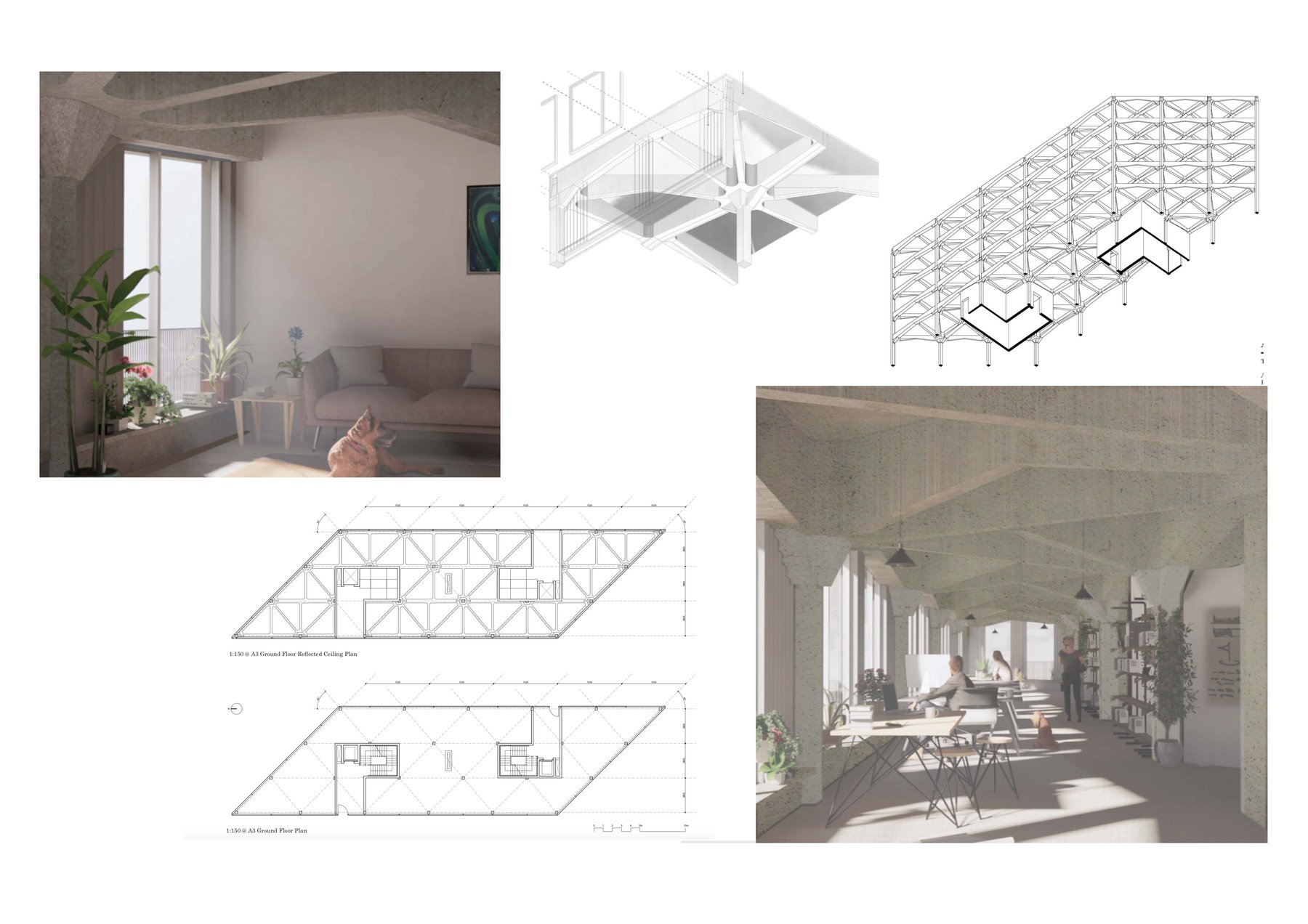 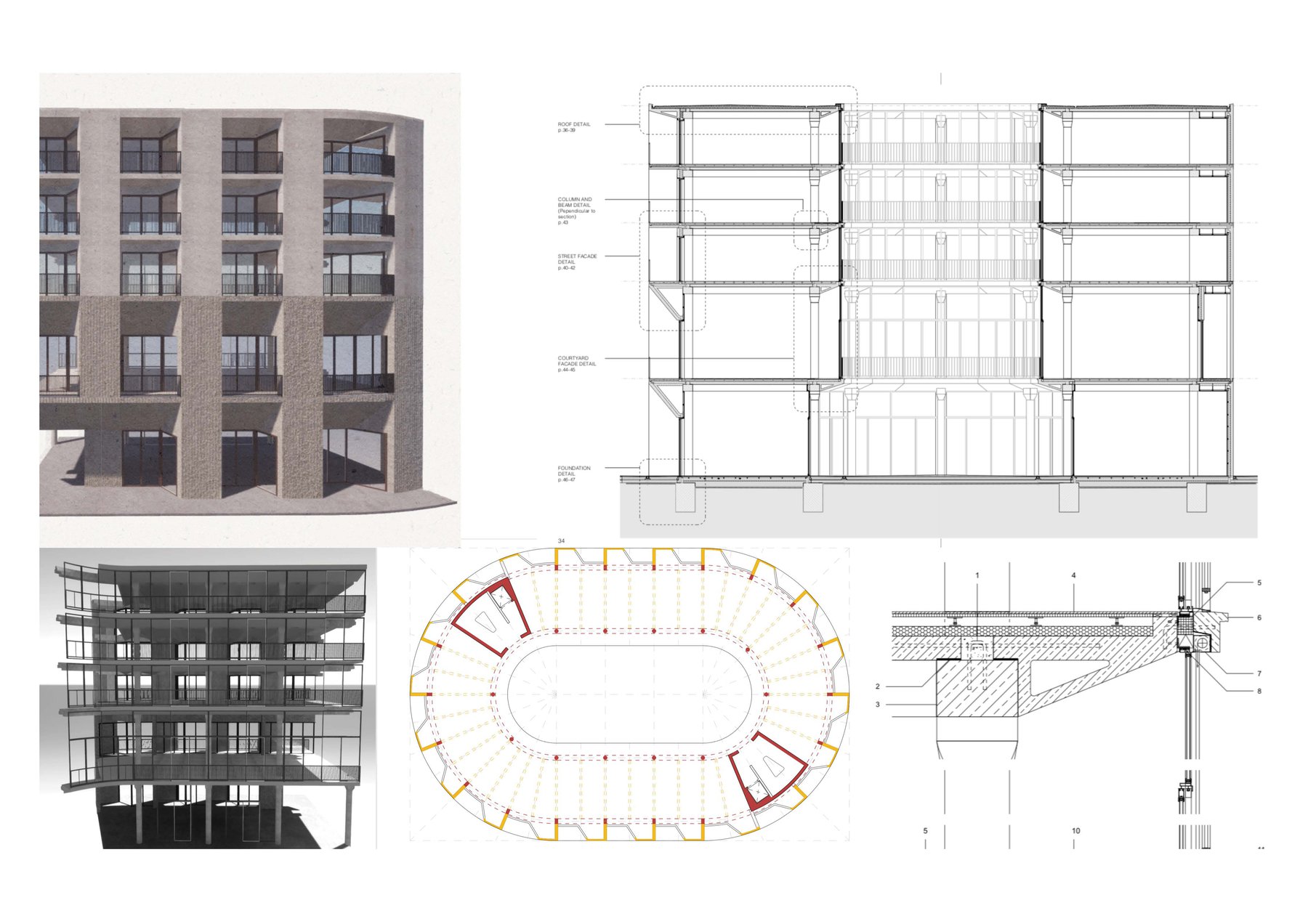 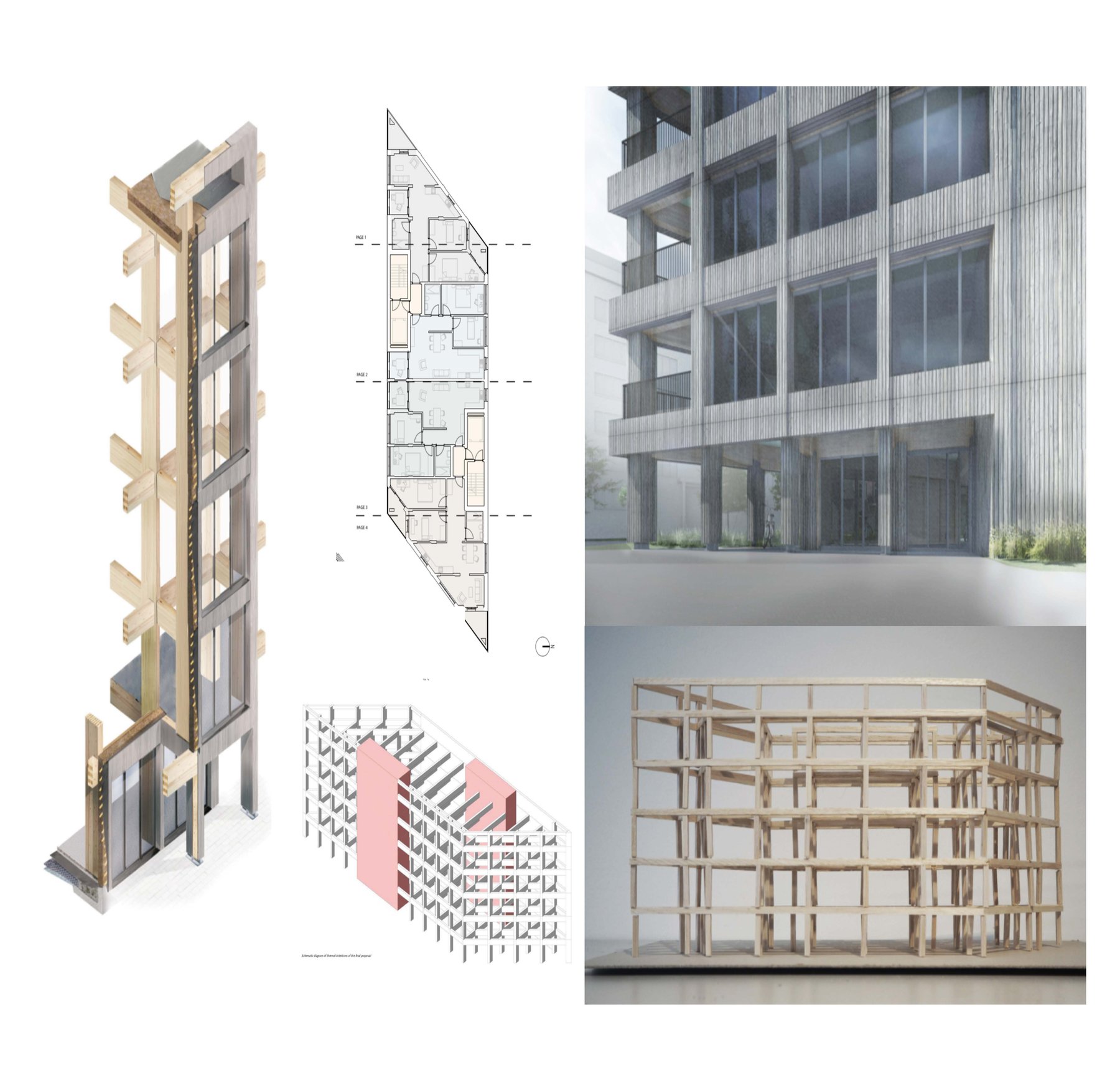 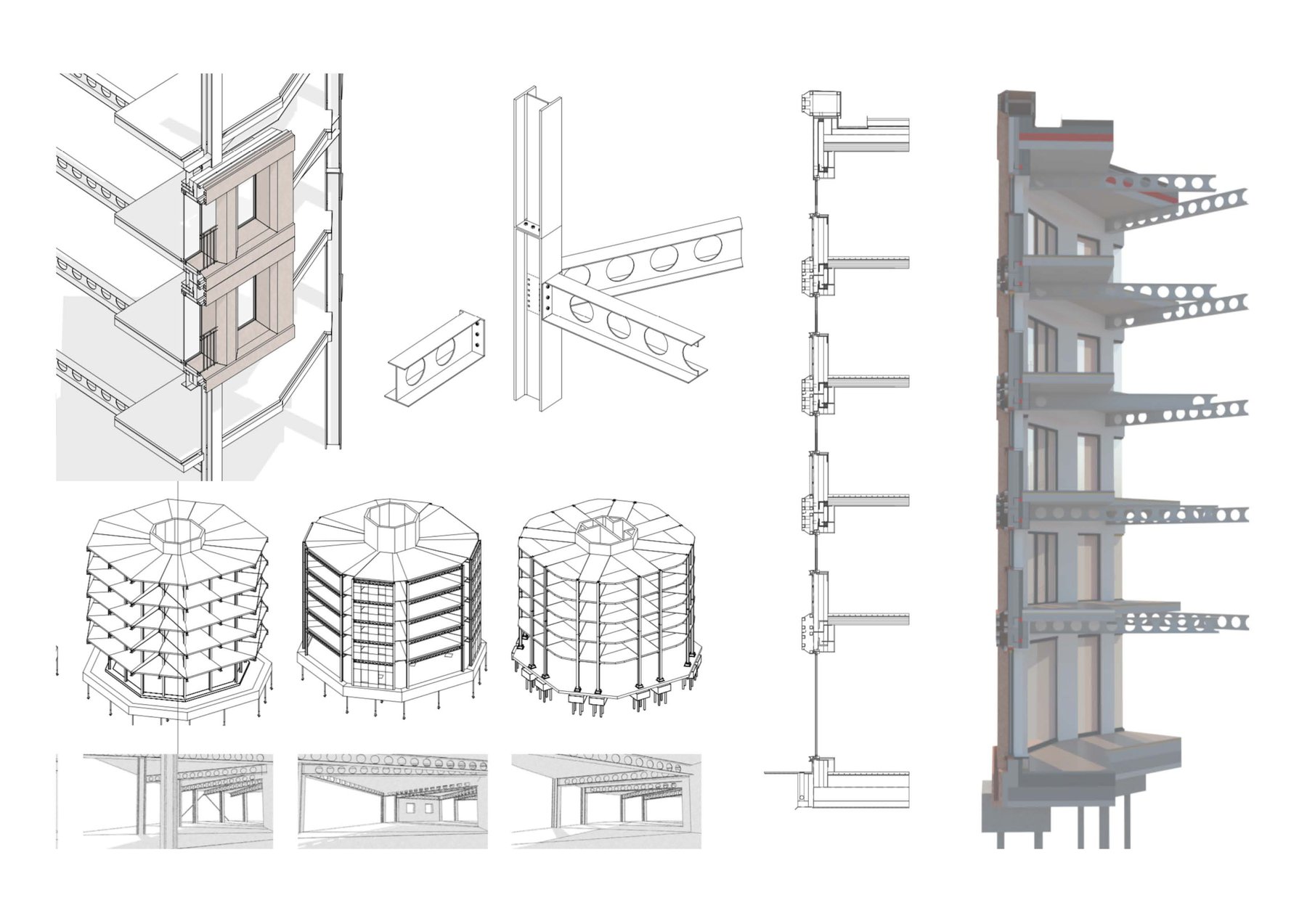 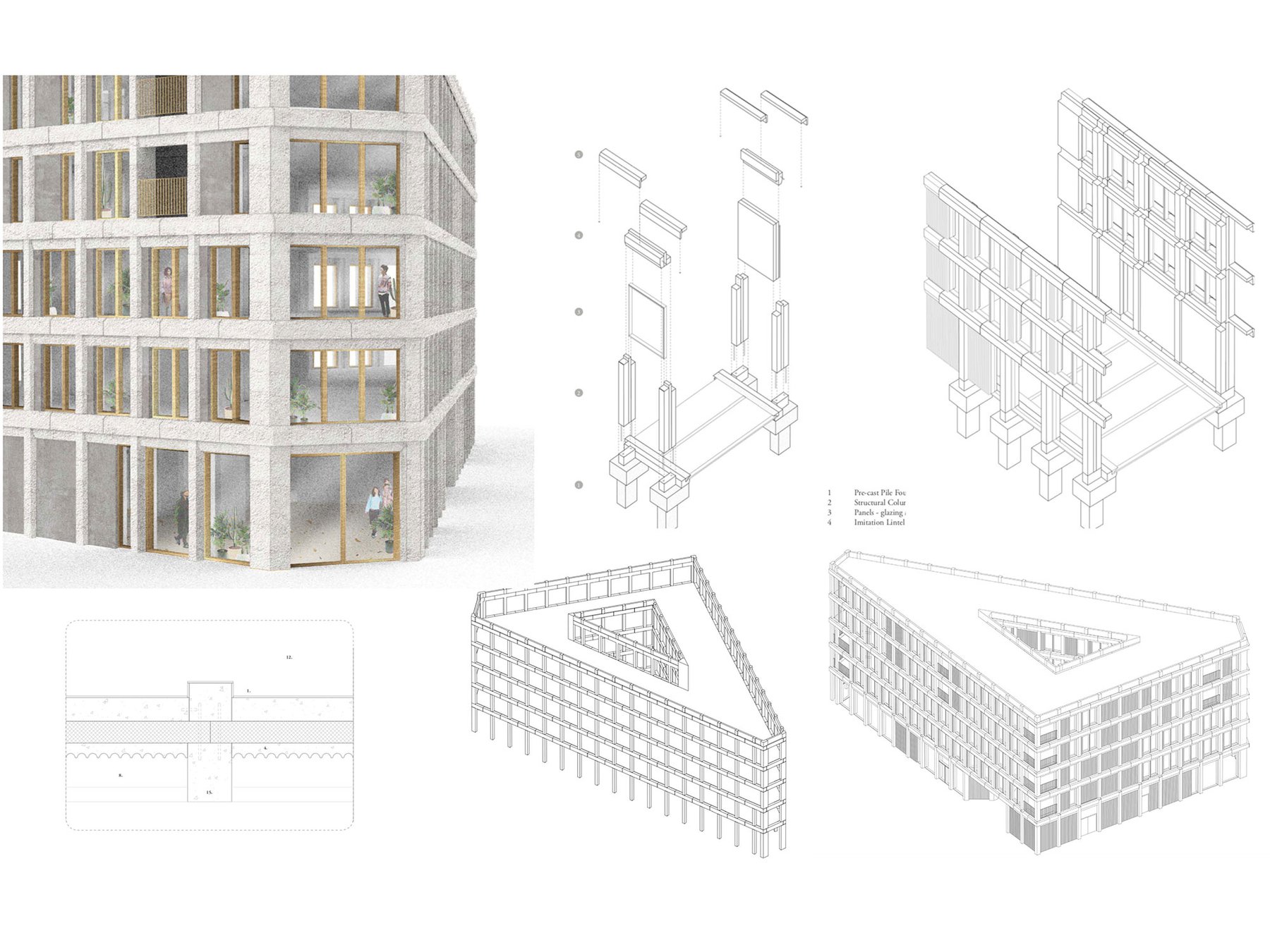 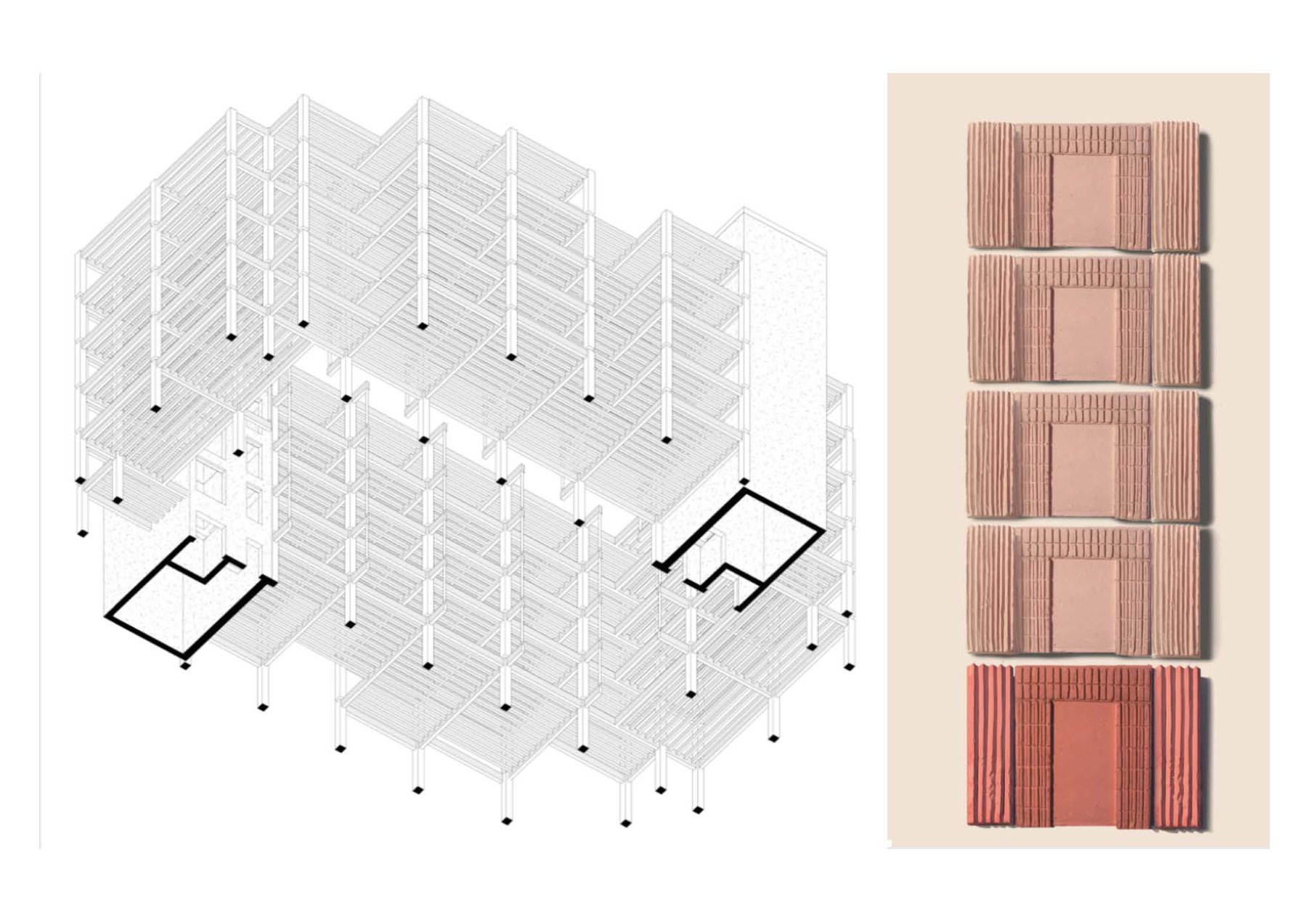 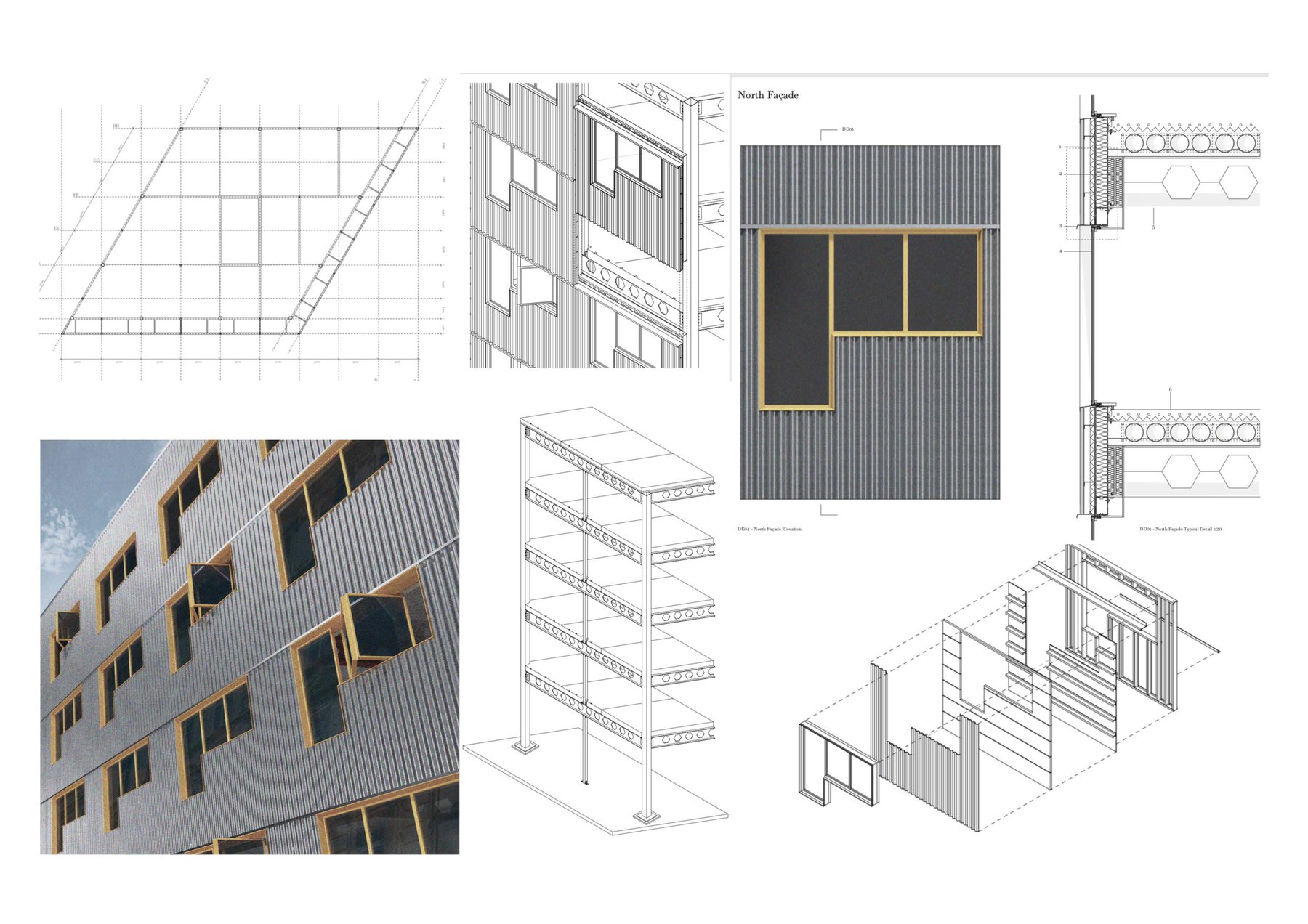 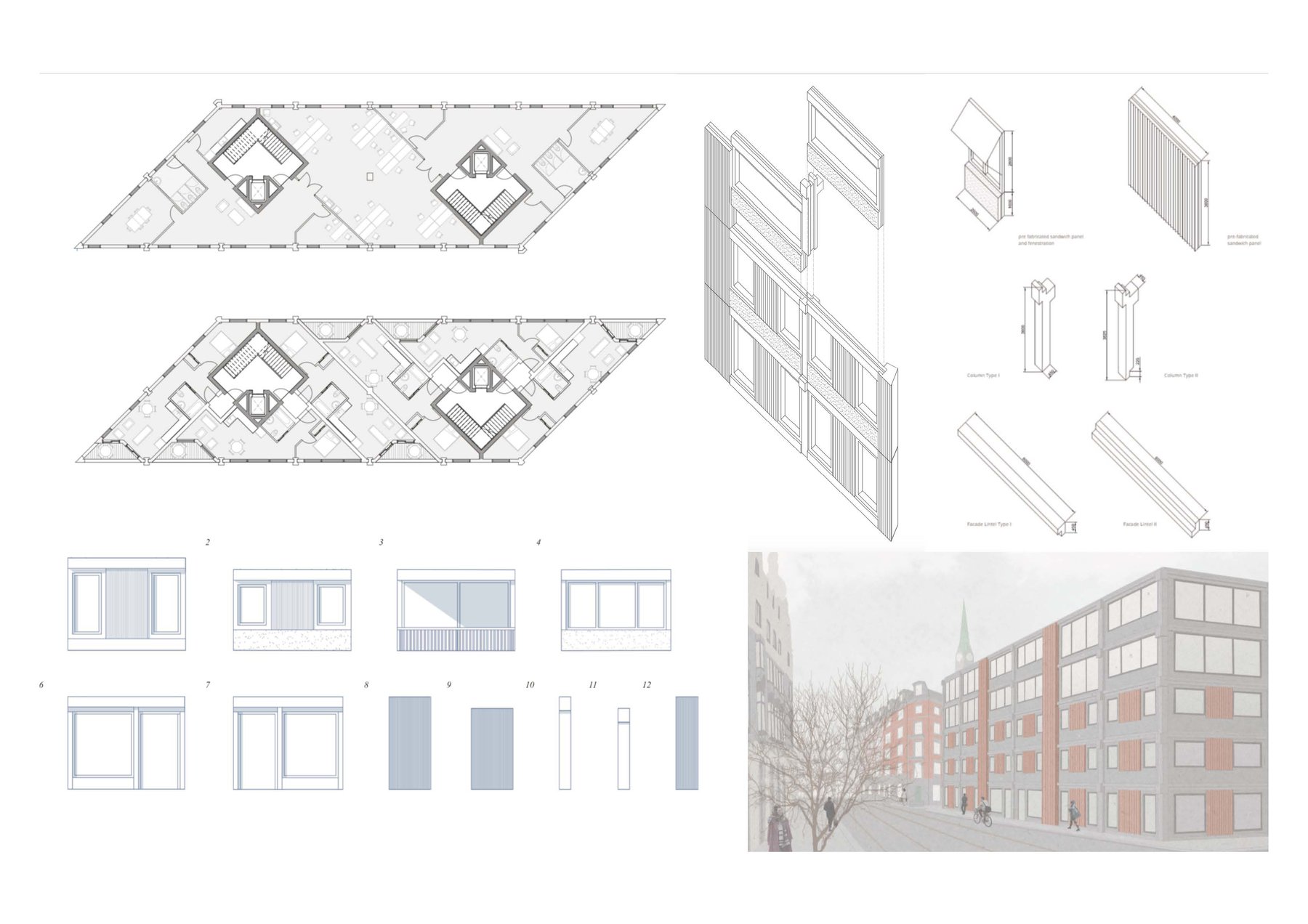 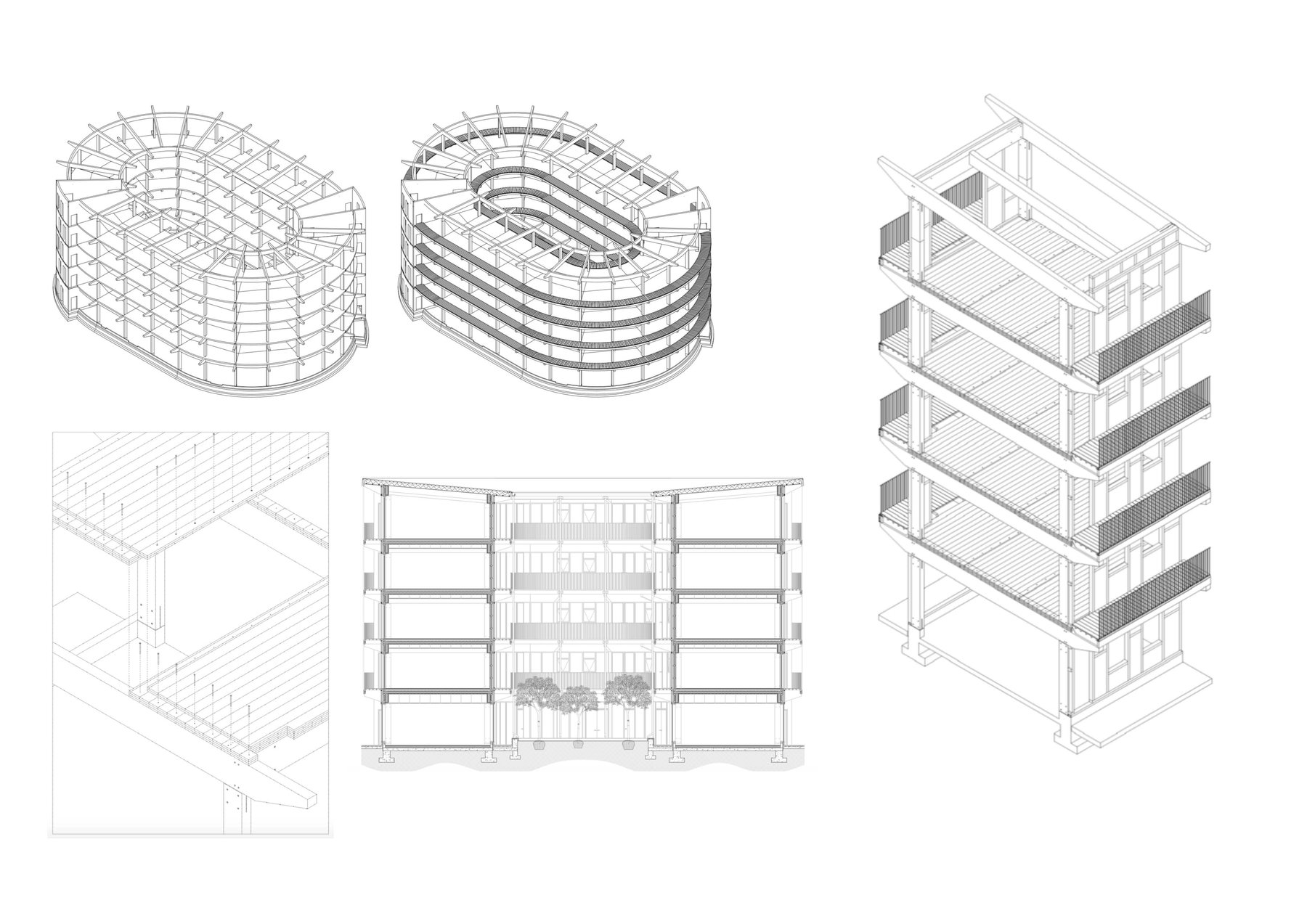 The ATA (Applied Technology in Architecture) design charette has been established for several years now as a very intense week-long exercise in group work, in which quick design decisions happen in parallel with workshop fabrication. Typically the designing/making task has focused on a small building or assembly, such as a stair or bespoke window design.

This year 20 groups of 4 students took on a larger task over a longer period, to design a five storey city building to a complex technical brief. The building would be designed as a pre-fabricated system, using an assigned material for the main structure; timber, concrete or steel. It would be polyvalent, able to accommodate normative working or living programmes on flexible floor plans with strategically placed service risers and stair cores designed for access and fire safety. Five notional sites were provided in 5 European Cities; London, Paris, Berlin, Zurich and Barcelona. Facade design would integrate construction technique with the specific climatic and cultural influences of each city.

These ‘pre-meditated’ designs were originally planned to be ‘tested’ physically with a final built prototype of a few facade bays at 1:25, in the eventuality of full access to facilities for group work. Ultimately this was not possible so instead students refined their proposals by collaborating online using 3d models, home made sketch models and drawings for their group design report.

The second part of the exercise was an embodied carbon workshop using an itemised list of building components to calculate the embodied carbon in the construction of each project, focusing on stages A1-A3 (cradle-to-gate) of the whole carbon lifecycle. Each group was then asked to propose ways to improve this ‘carbon costing’ of the shell and core of their proposal. In a similar way to financial ‘value-engineering’ - students critically explored ways to make quantitative improvements by making qualitative design decisions whilst holding onto the core concept of the project. The design adjustments were very diverse, some groups proposed using natural insulation materials with a lower carbon footprint, others rationalised structural systems or substituted structural components for other materials.

These embodied carbon reports also took into account the complexities of the whole life carbon cycle by evaluating design decisions in terms of operational carbon dioxide emissions over a building’s lifespan as well as de-mountability and recycling of components at the end of its life. Themes of the flexibility of a building’s use over its lifespan, economy and indeed the longevity of the proposal were introduced into this evaluation. Students also gained some insight into the environmental impact of each material class, but also their relative strengths and weaknesses and how they can work together as hybrid constructions effectively.