Unit 07: Self Build: Furniture, House and Housing with an Emphasis on Timber Construction

This year, unit 7 investigated the plausibility of self-build at three scales, that of furniture, a house and communal housing, with an emphasis on timber construction in massive and filigree elements.

At the smallest scale, students undertook a critical study of Enzo Mari’s intelligent, elegant, yet radical self-build furniture project, “Autoprogettazione” from 1974, through drawn analysis and the fabrication of 1:1 prototypes that could be used inside or outside of their homes.

This primer in self-reliance was followed by the design of a self-build house that addressed the conditions of Hackney’s Self-Build Challenge launched in the summer of 2020 for a site in Balcorne Street, E9, just north of Victoria Park in East London.

Students were asked to address issues of build-ability, adaptability, cost and architectural quality.

Their designs were informed by the premise of rigorous simplification (an idea identified by Hugh Strange in his analysis of Walter Segal’s self-build method) and were highly resolved in terms of their setting out, their calibration of space, their use of a lean material palette and the integration of services. The material and labour costs of their designs were ascertained with a level of rigour not usually pursued in architectural education.

The final and major design project of the year was for a speculative and urban-scaled self-build project for a site at 337-357 Kingsland Road. For this scenario, students were asked, in groups of three or two, to design communal housing with a density that they deemed was appropriate for the given site. They would address the scale and massing of the overall assemblage, the areas and the footprint of the site that should be built upon and the residual spaces that should be used to create shared private or public space for the housing.

The students’ designs addressed the adjacent street conditions and attempted to reconcile the necessities of security and privacy with retaining a sense of openness. Careful consideration was given to the design of circulation and other common areas.

Self-build at a medium-rise scale usually relates more to procurement than construction, but in this project students were asked to ascertain which parts could be undertaken by the self-builders as a means of informing their spatial and tectonic decisions.

The proposed superstructures of the communal housing projects employed timber in true or composite form. Consideration was given to the encapsulation and/or intumescent finishes required to give protection from fire. Students defined at an early stage, a precisely defined tectonic strategy and inventory of materials and details. Only the foundations, lift cores and street level structure employed re-enforced concrete in their construction.

The complexity and depth of the considerations of self-build at this scale are difficult to communicate in this format, as you would not want to look at critical paths and spreadsheets.

But it is these administrative tasks that make self-build viable. Self-build, as a means of procurement, is but a small act in addressing the housing and climate crises we currently face.

Unit 07: Self Build: Furniture, House and Housing with an Emphasis on Timber Construction 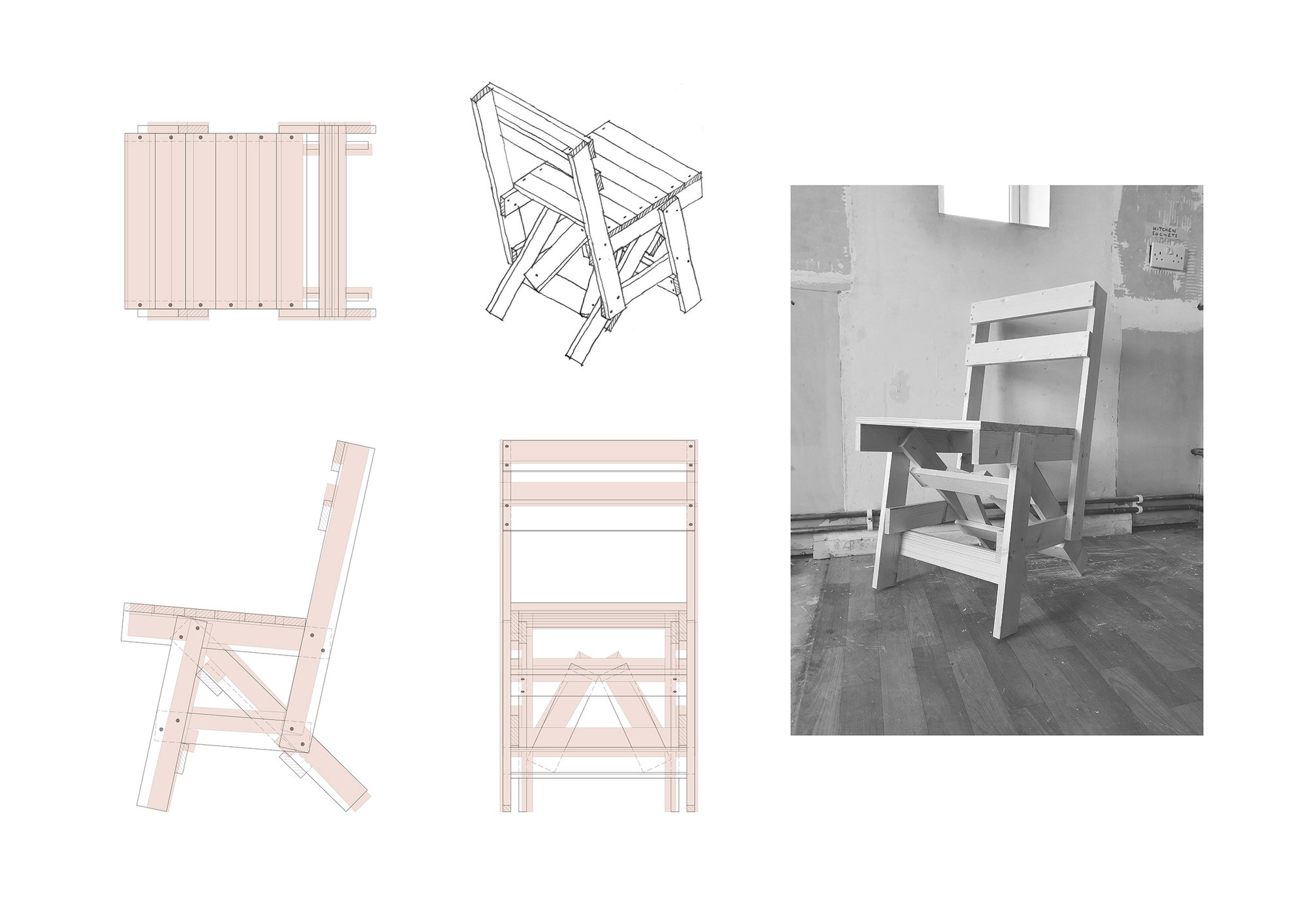 1 / 19
Unit 07: Self Build: Furniture, House and Housing with an Emphasis on Timber Construction 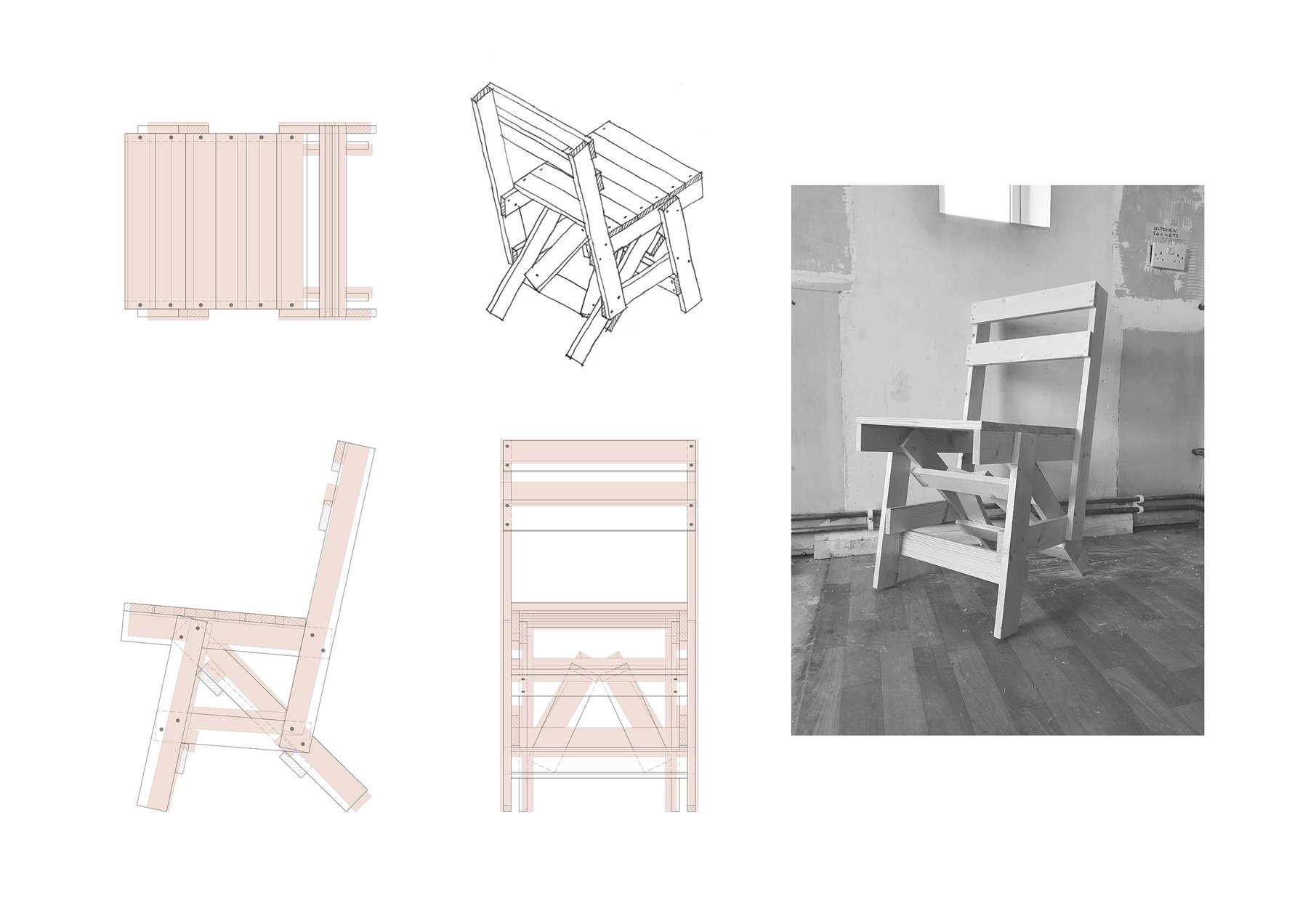 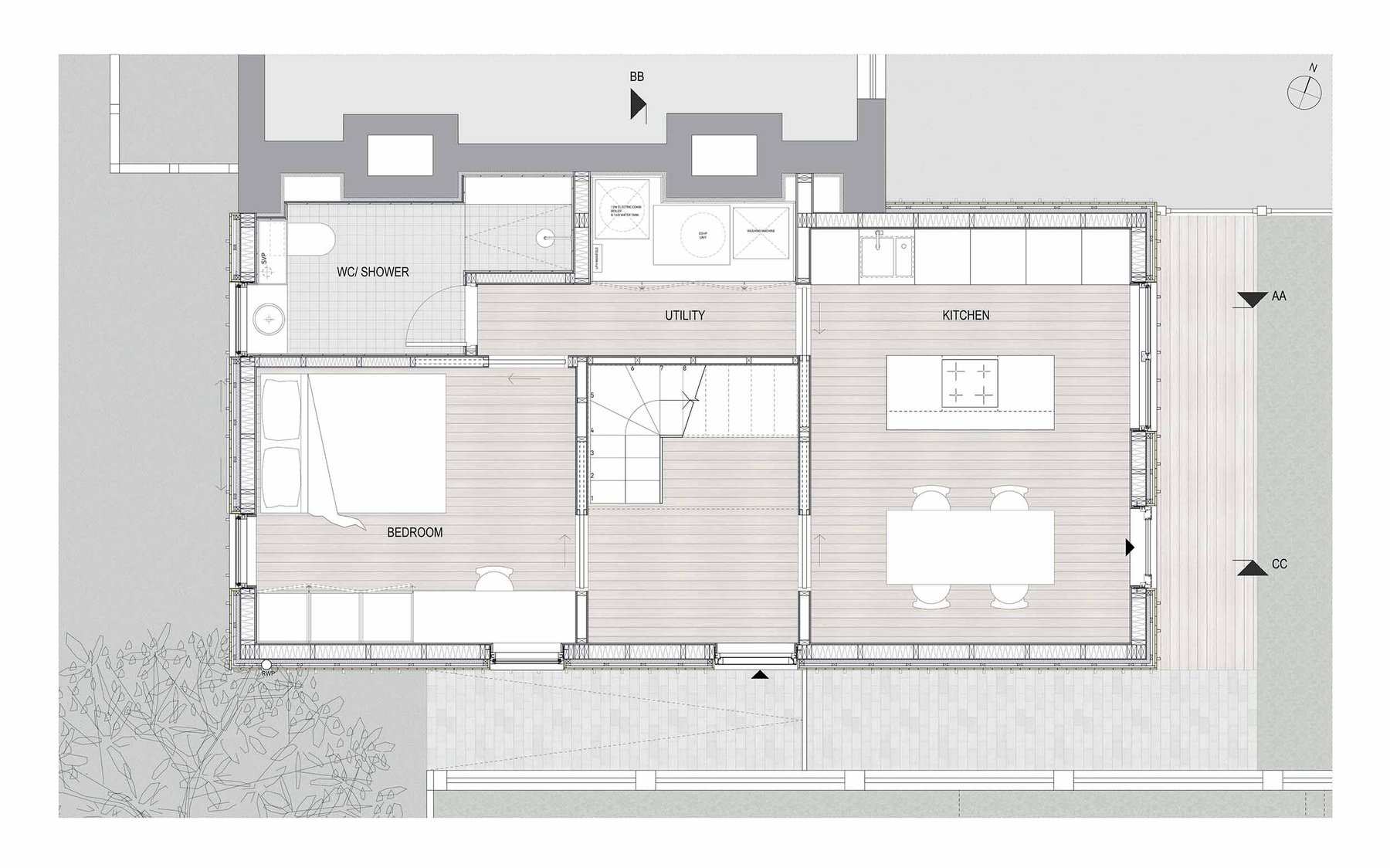 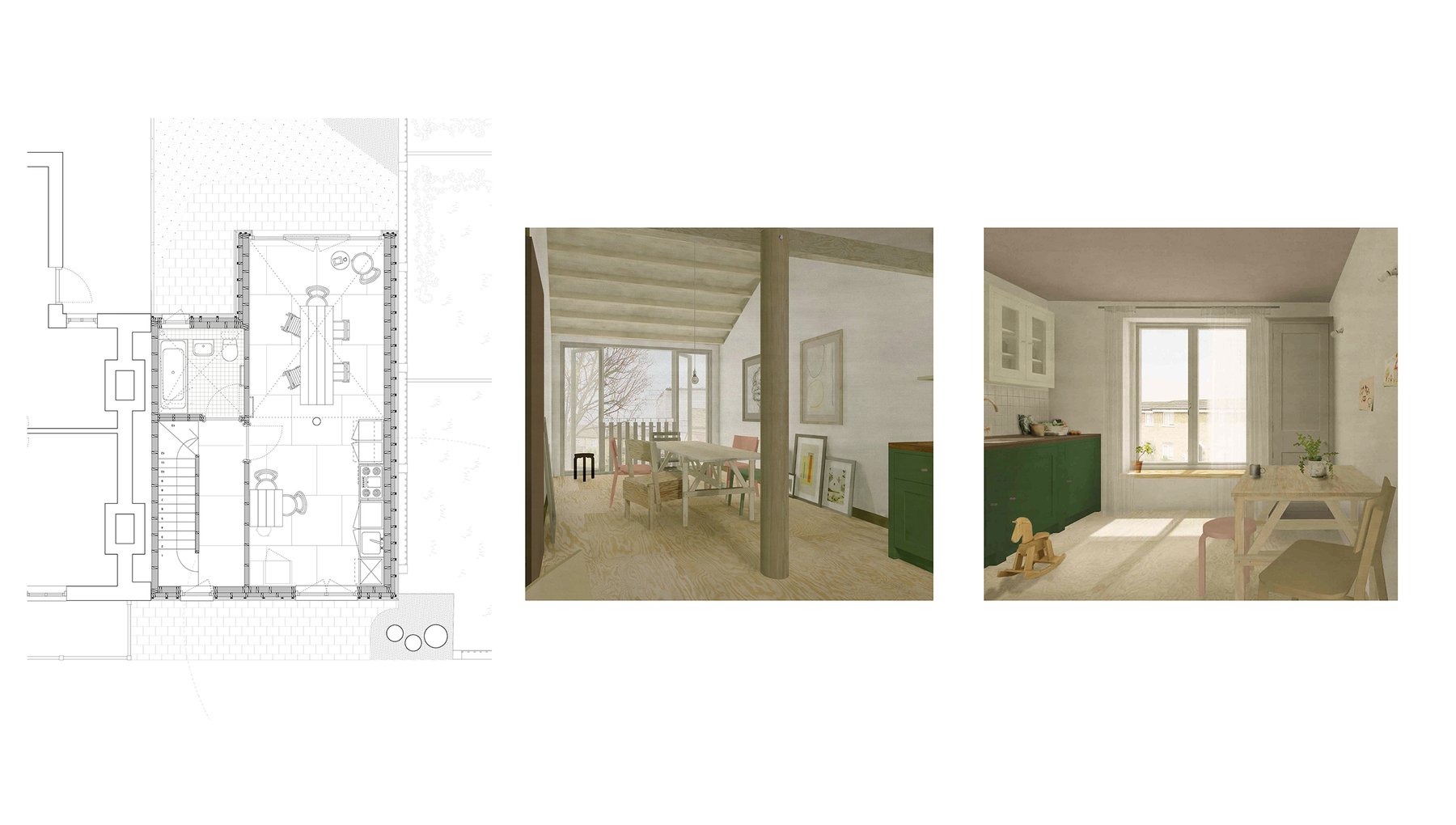 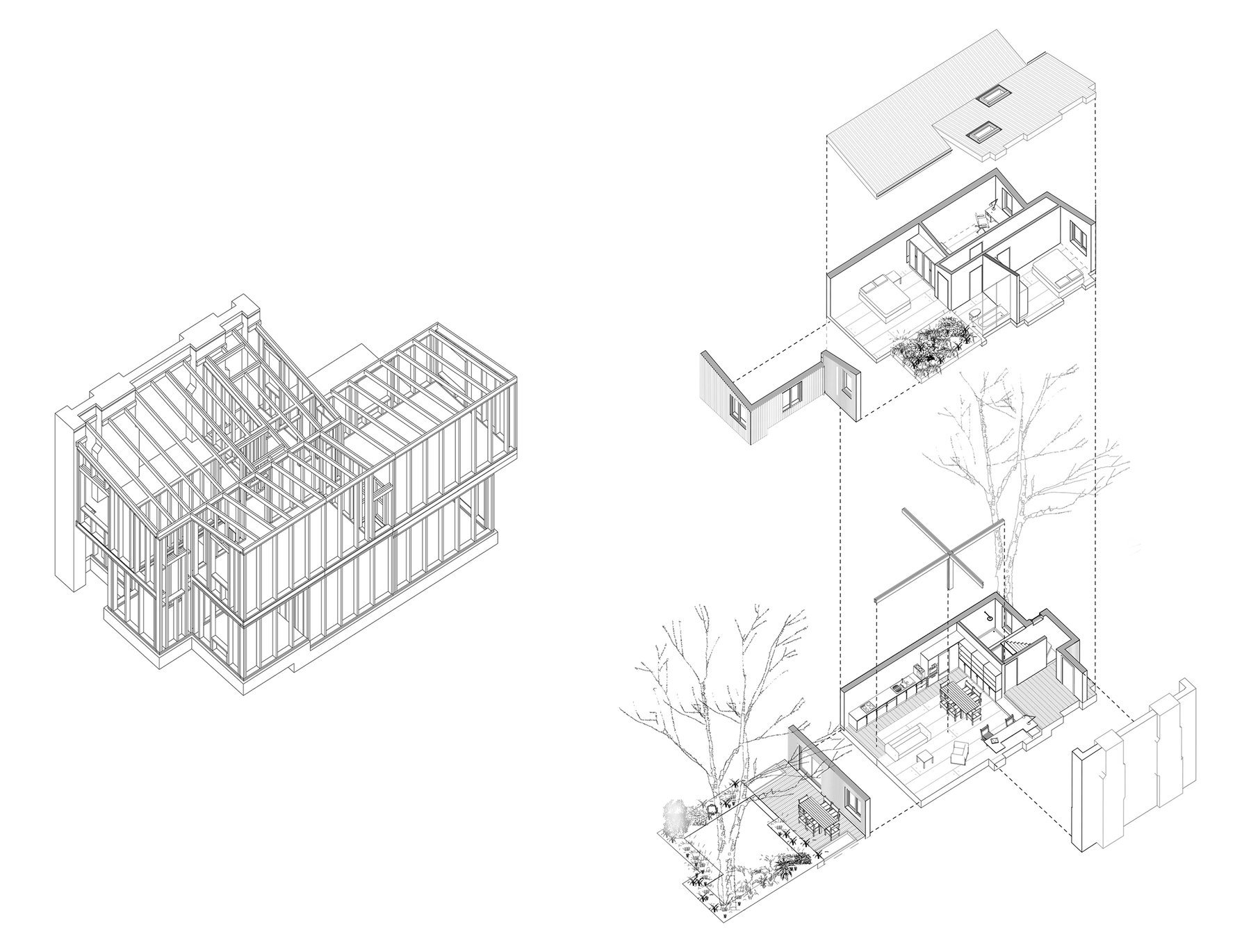 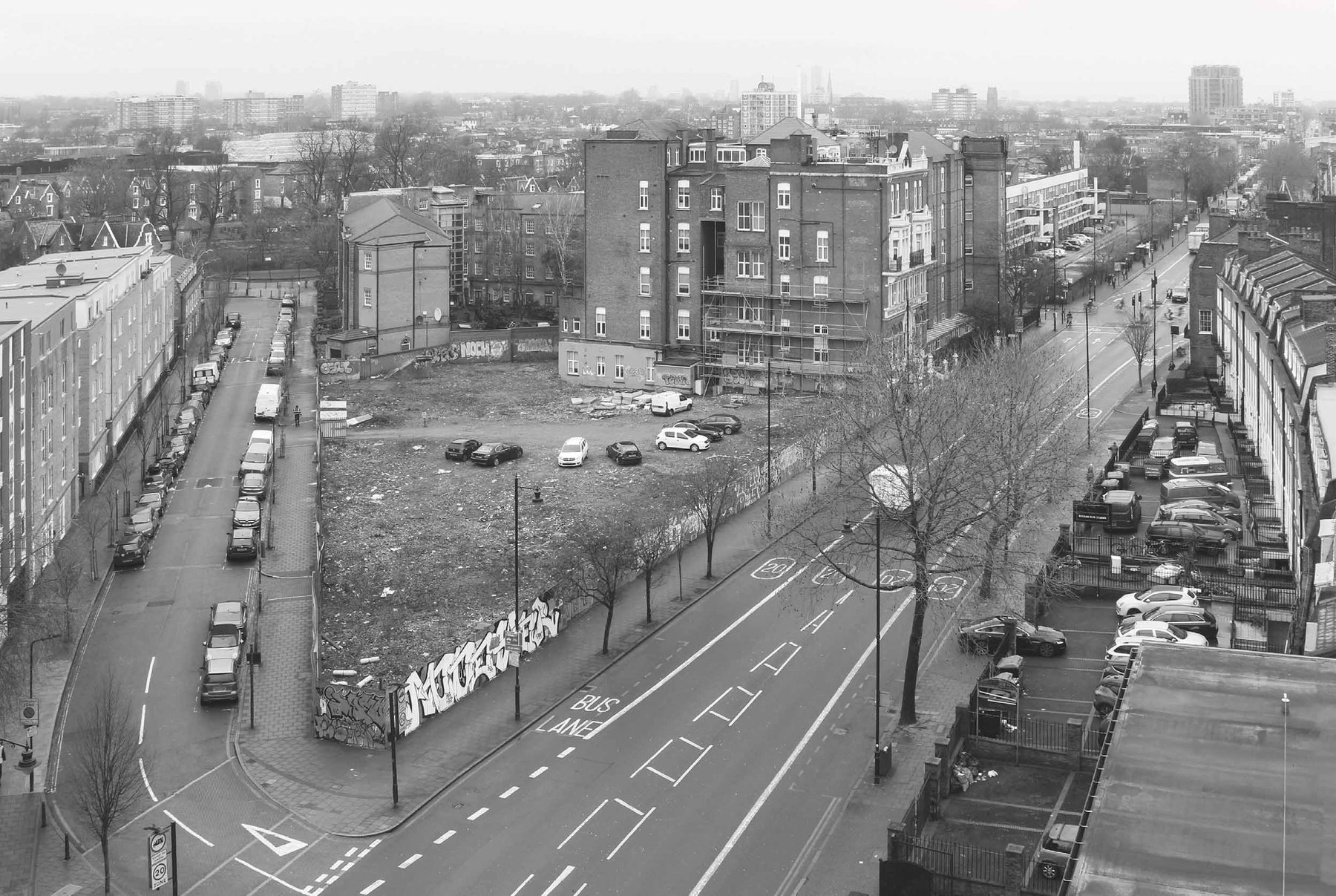 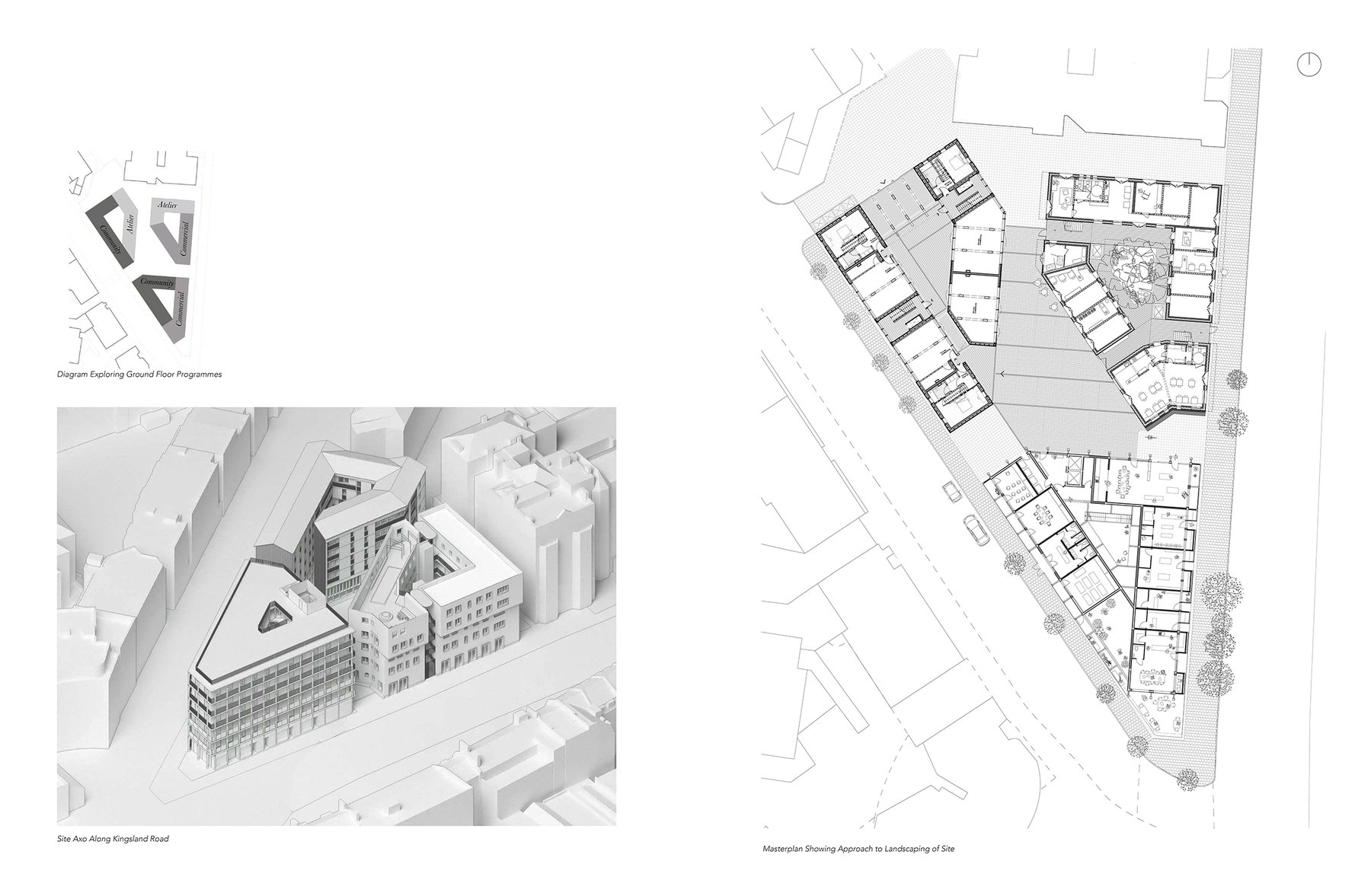 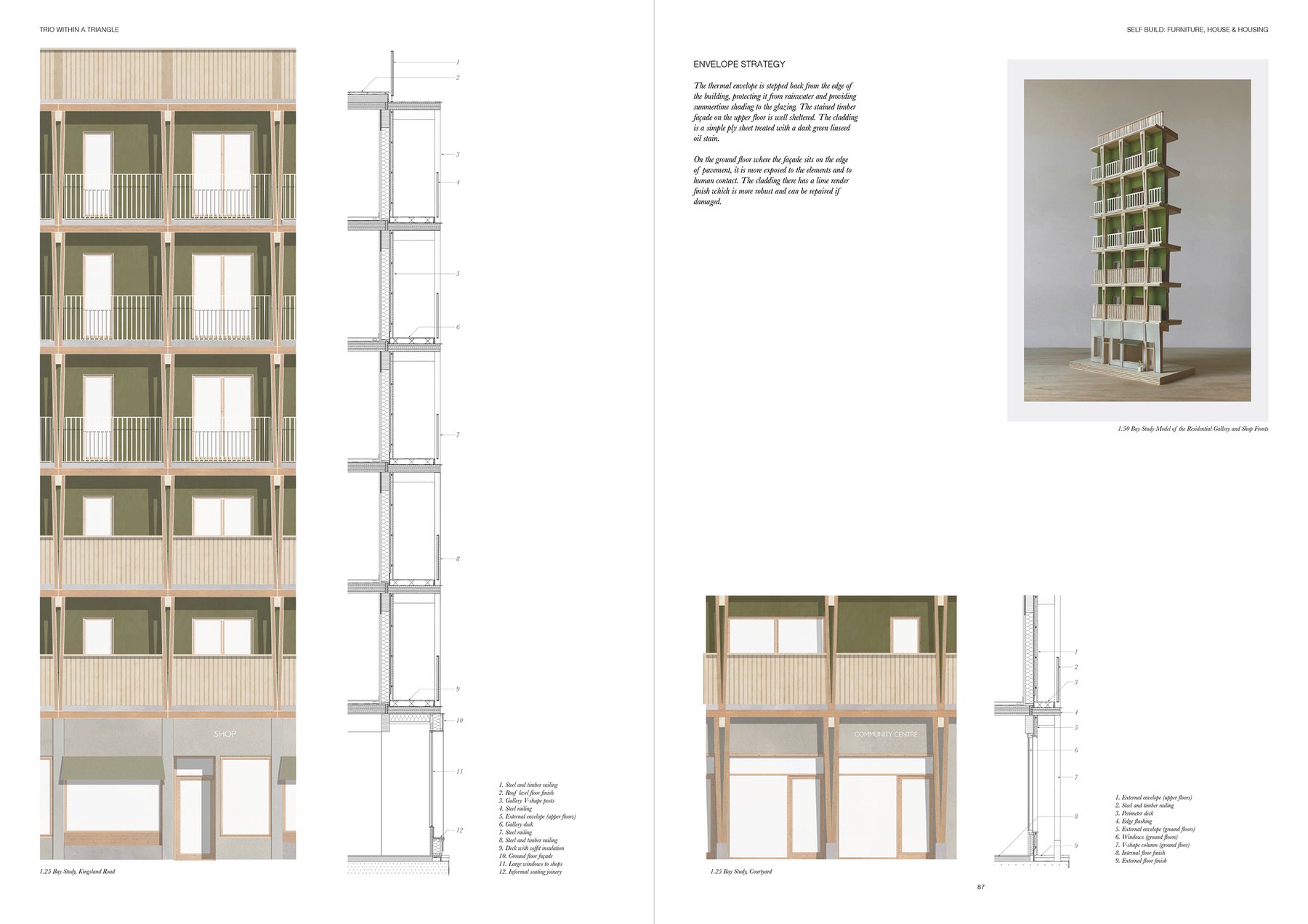 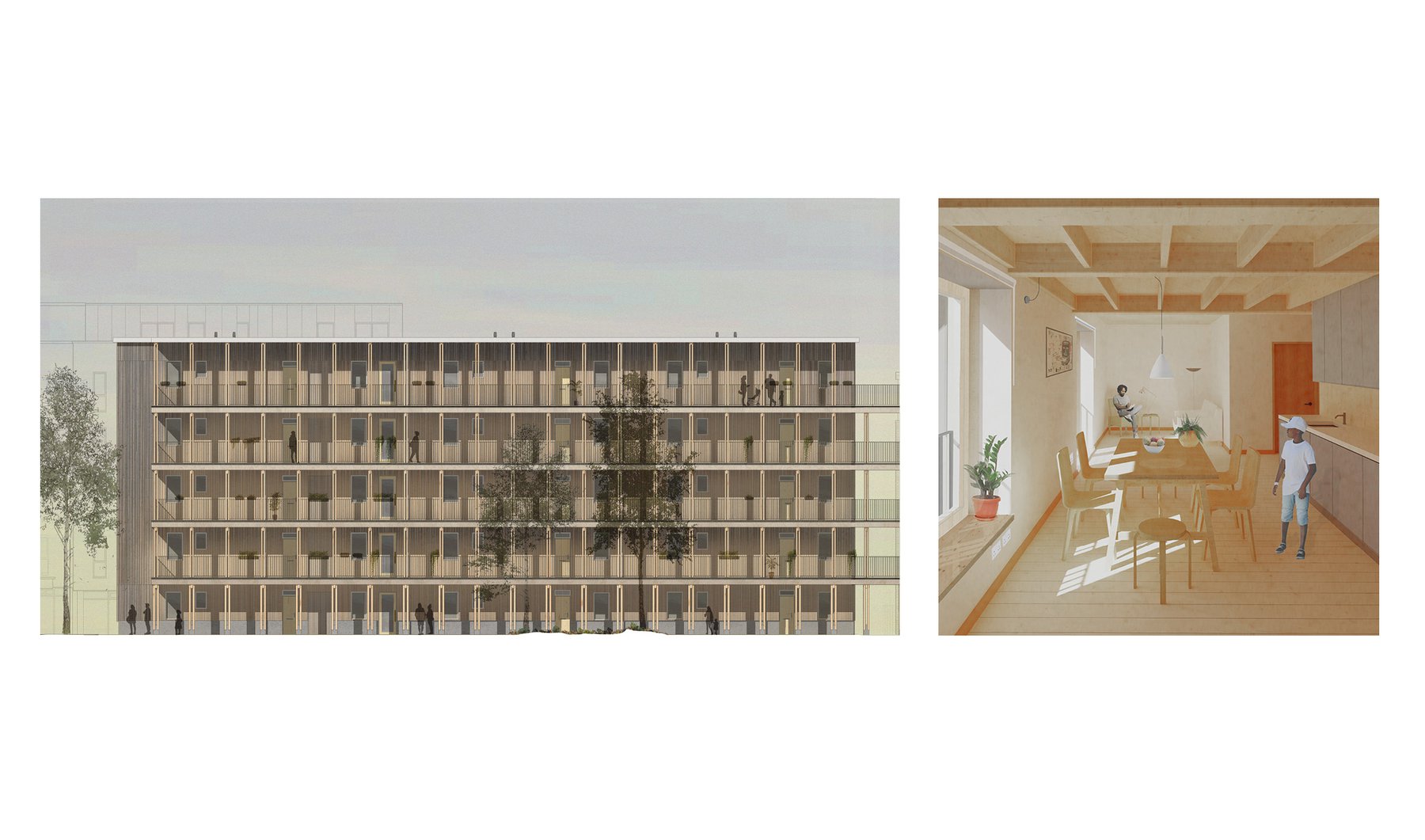 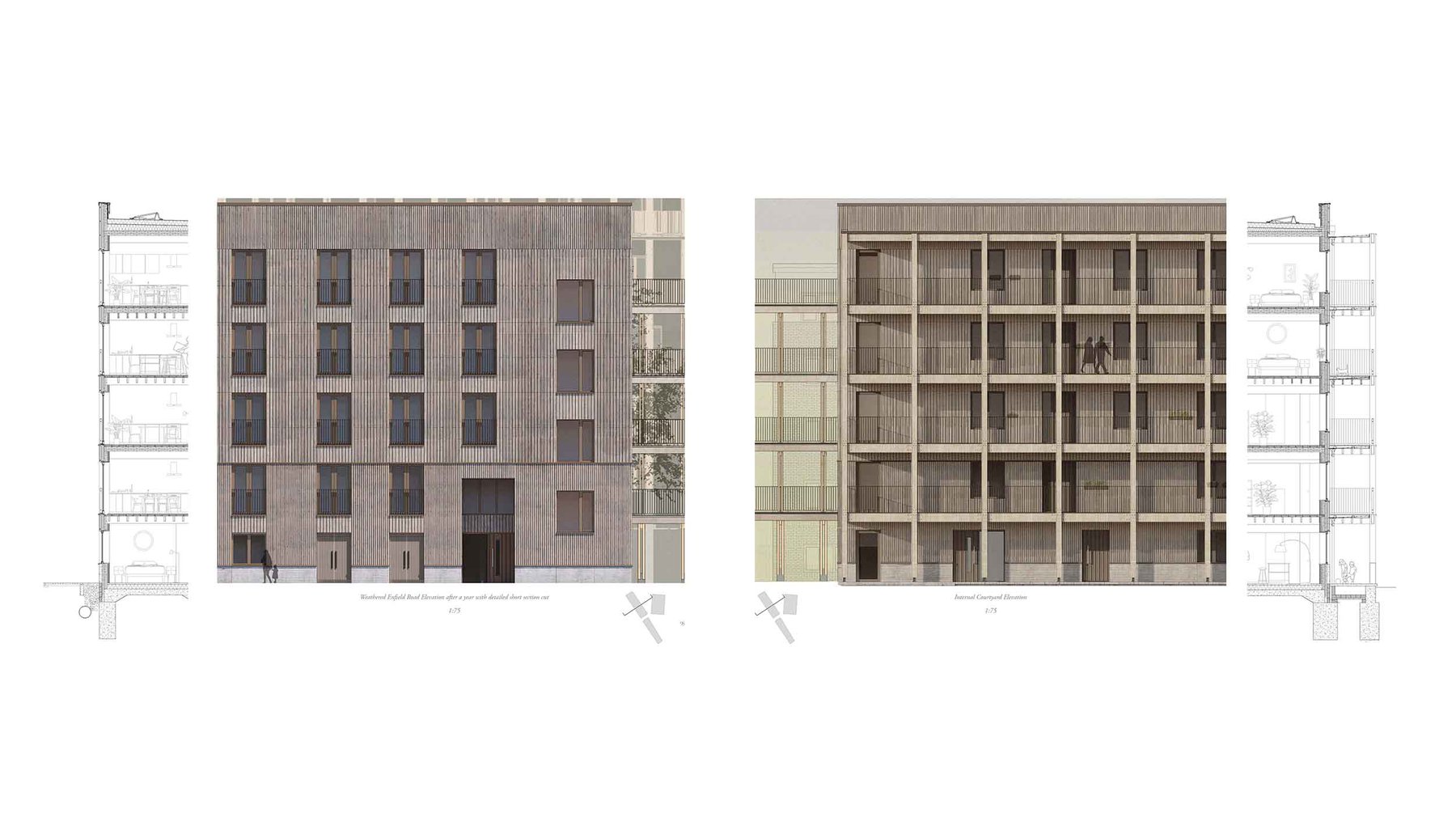 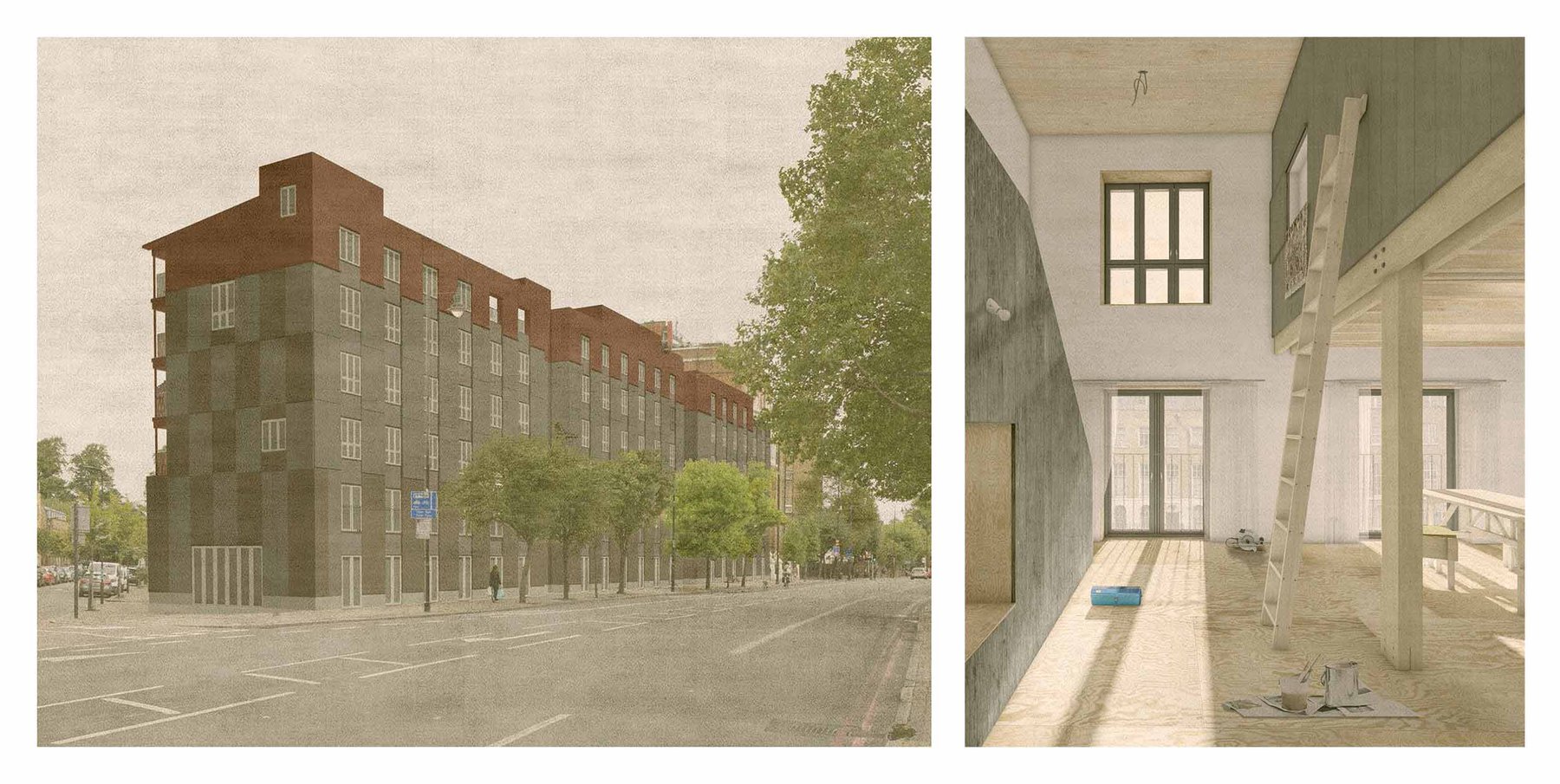 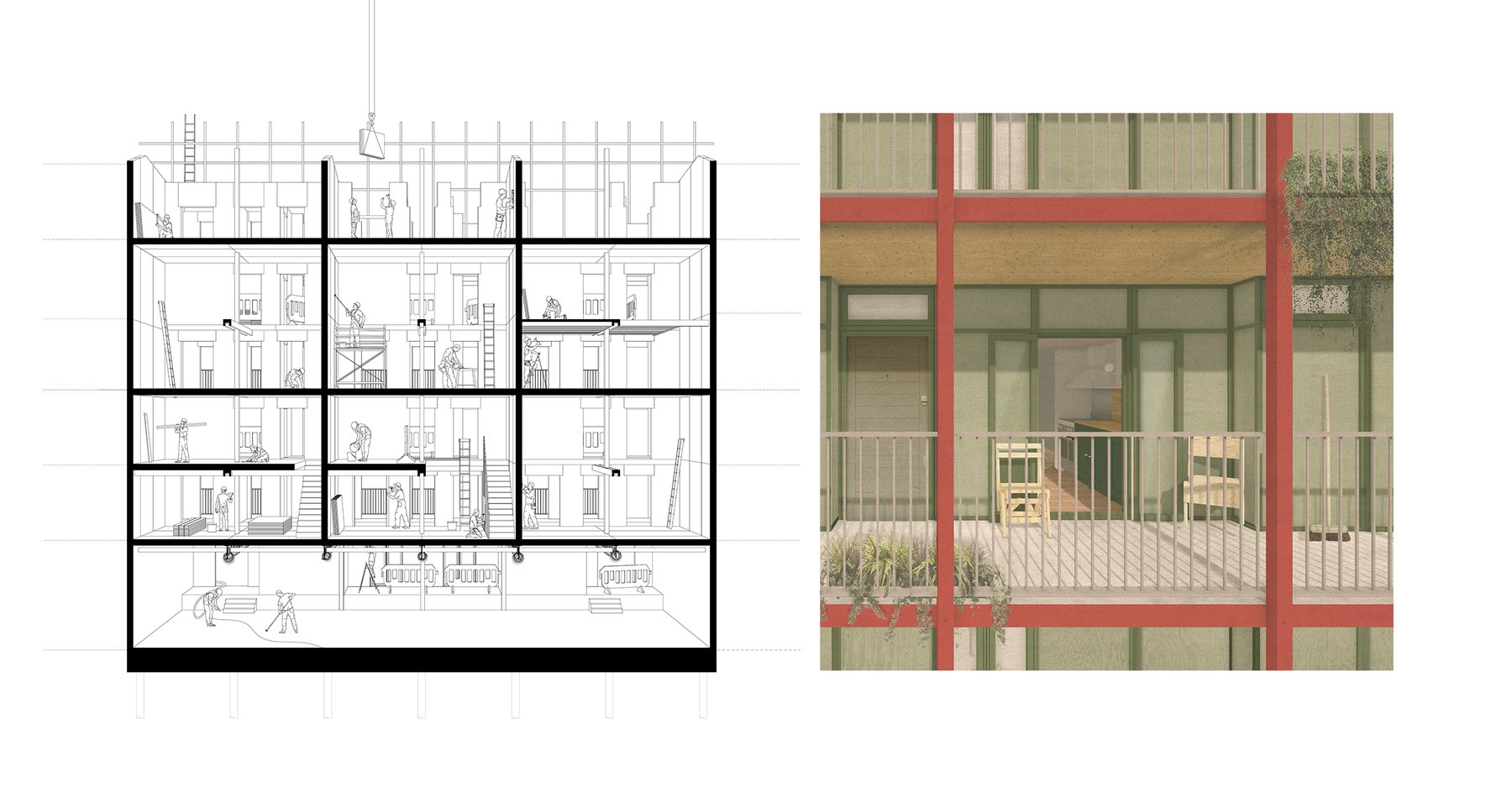 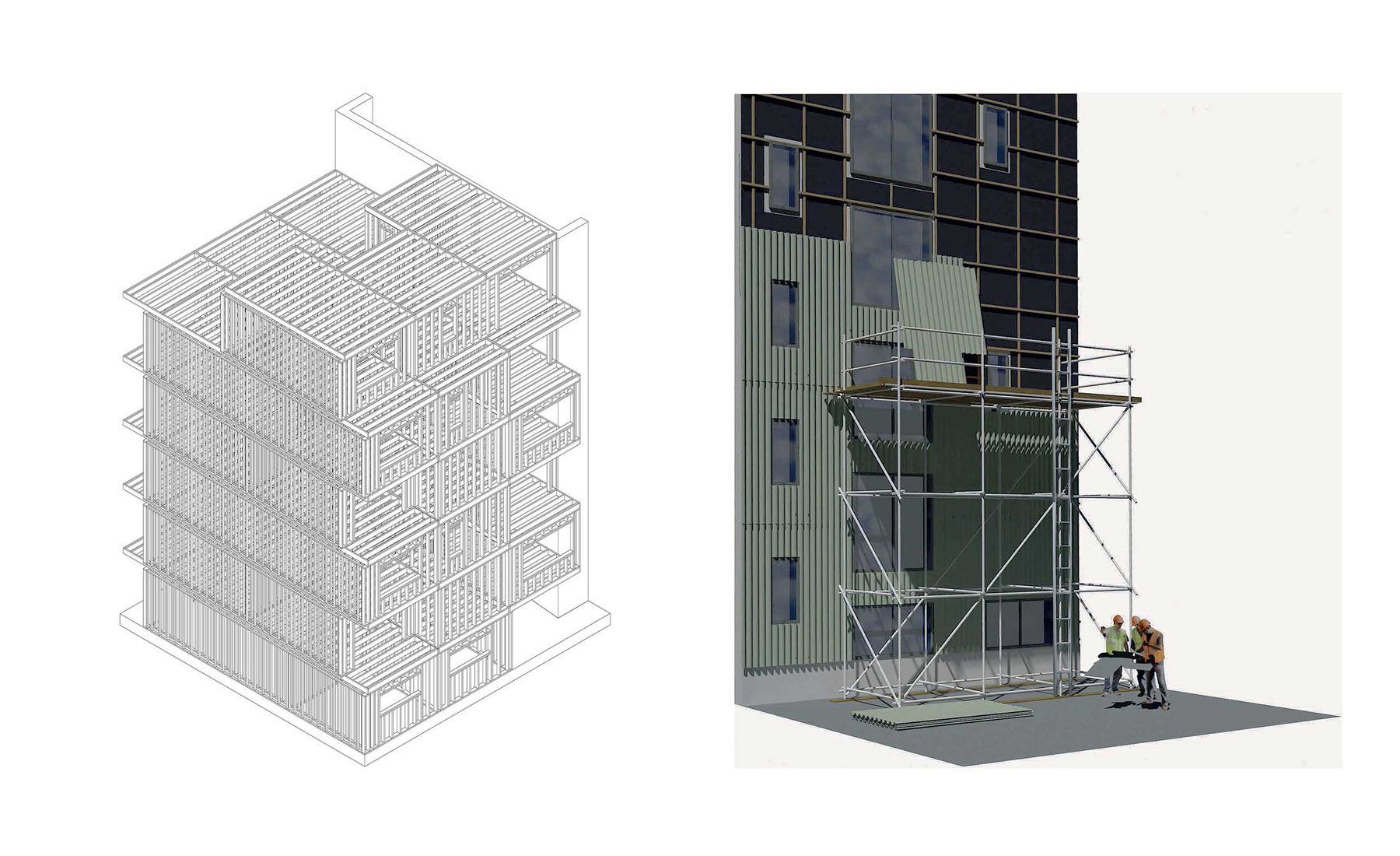 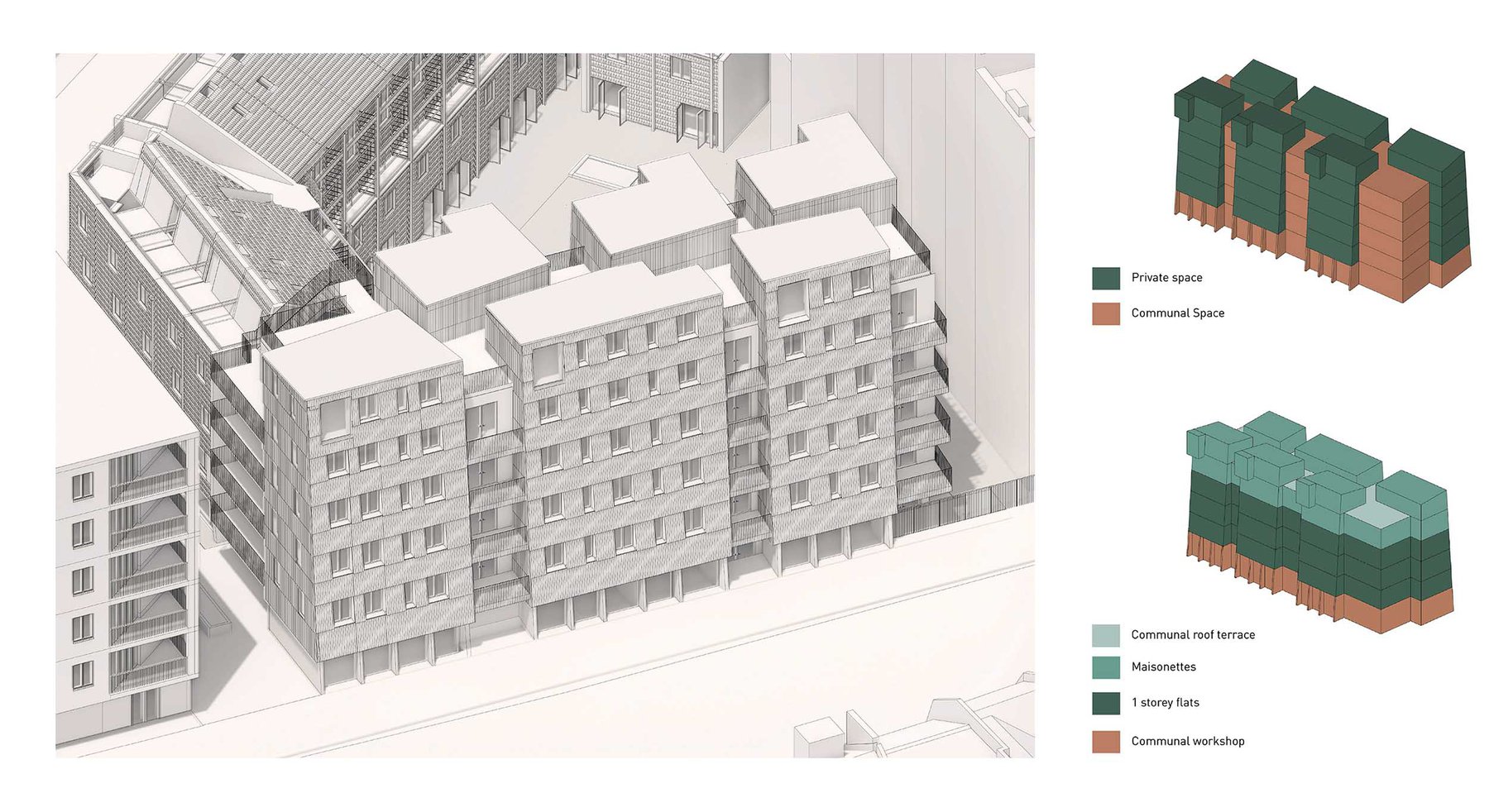 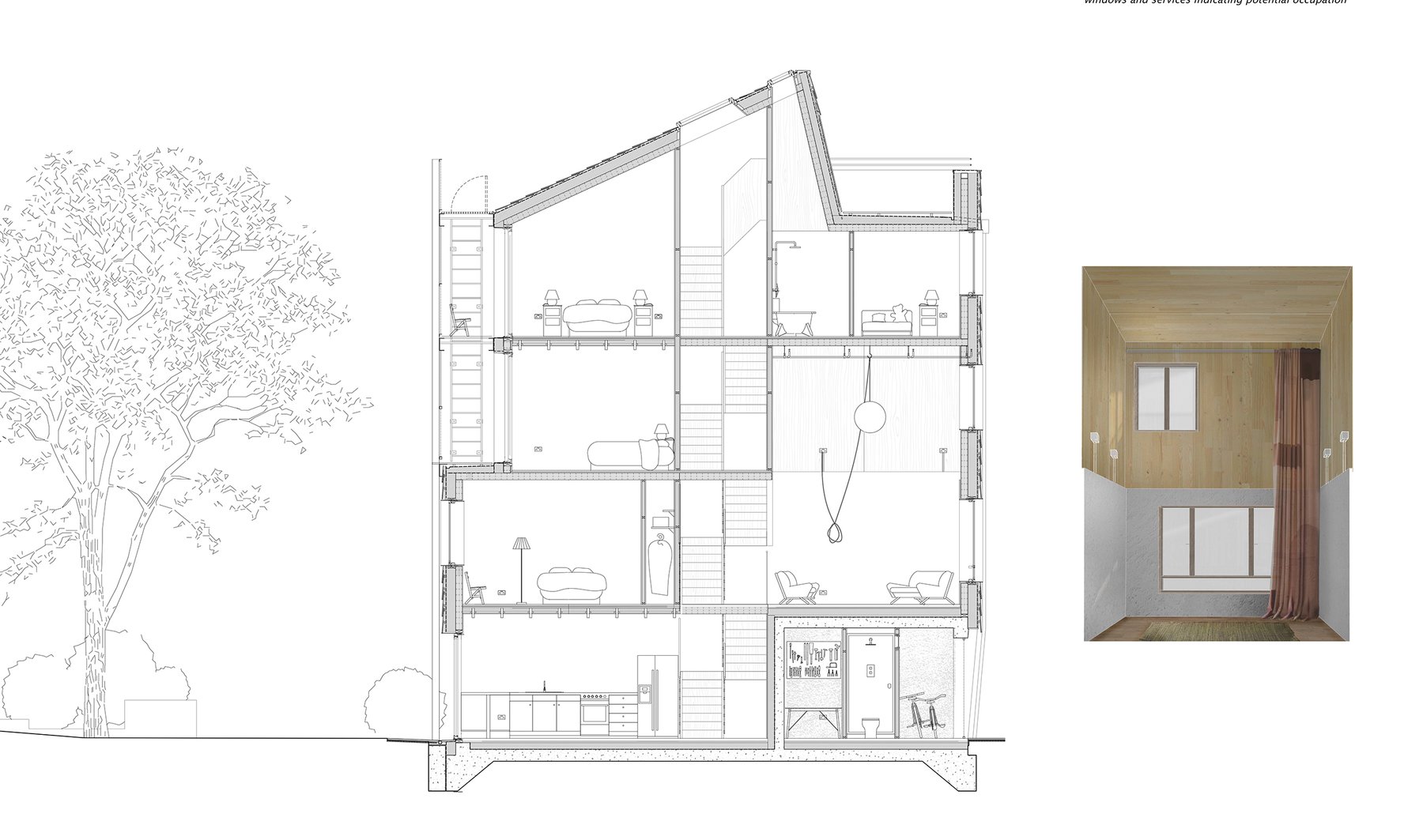 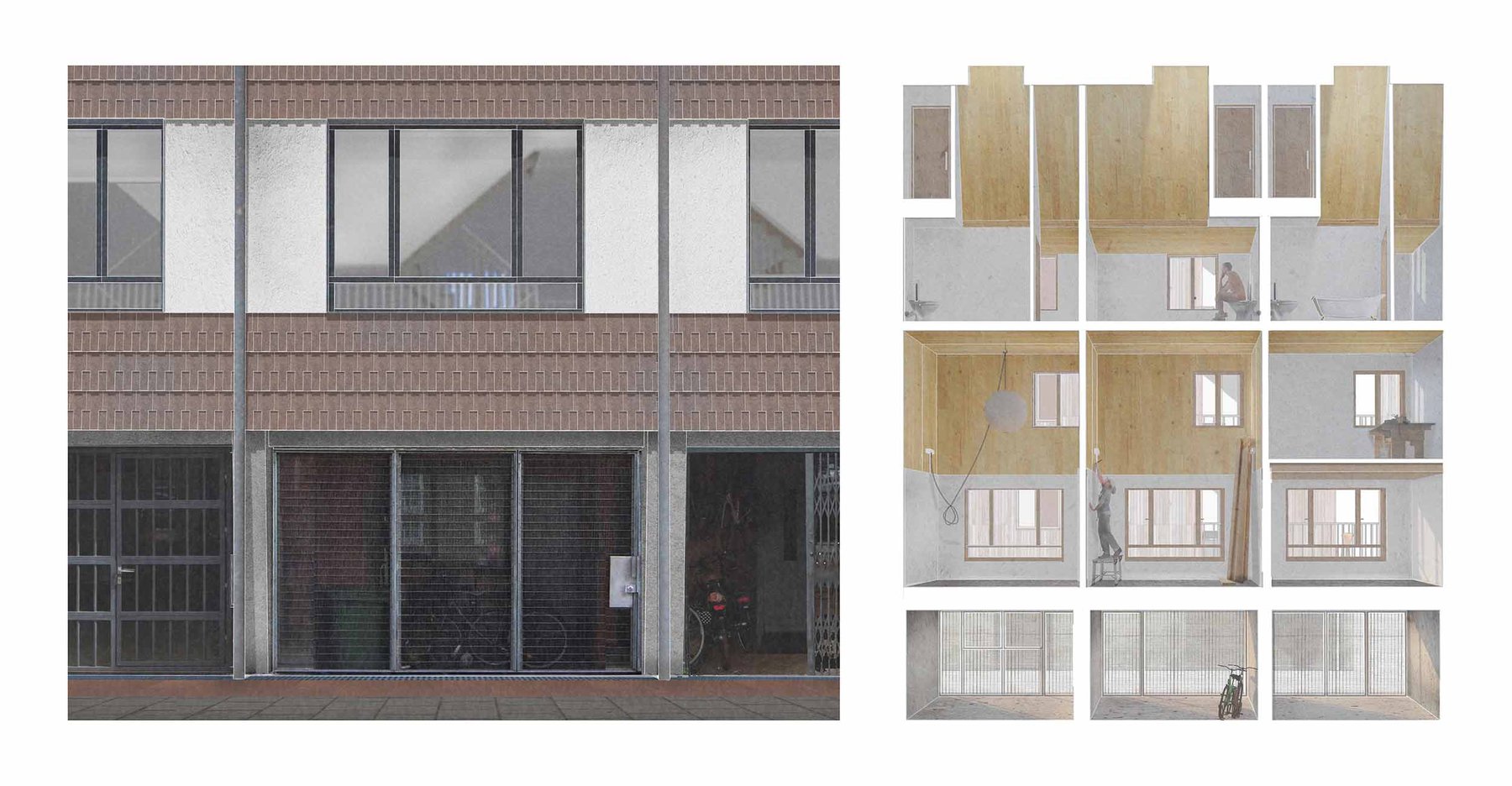 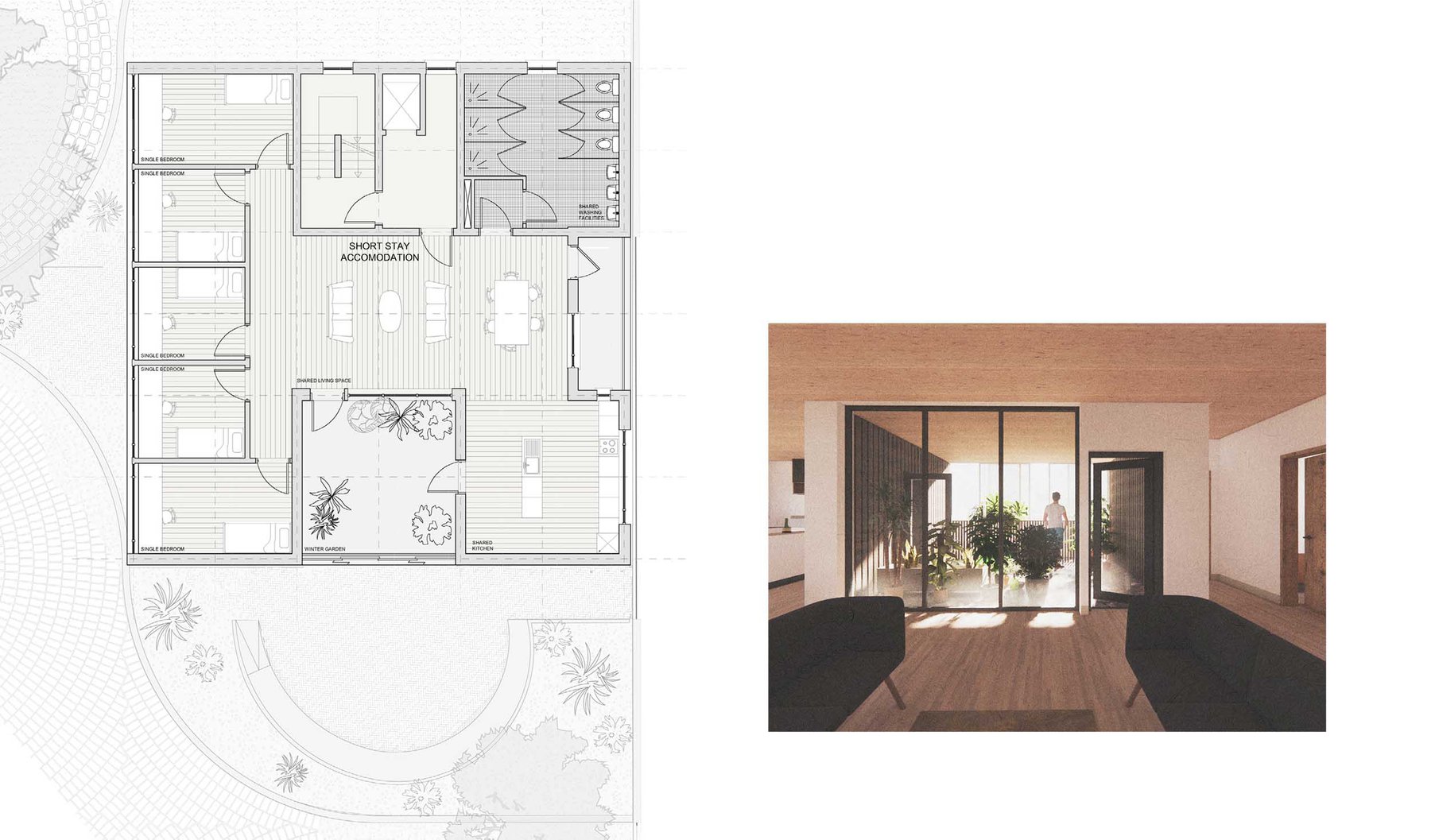 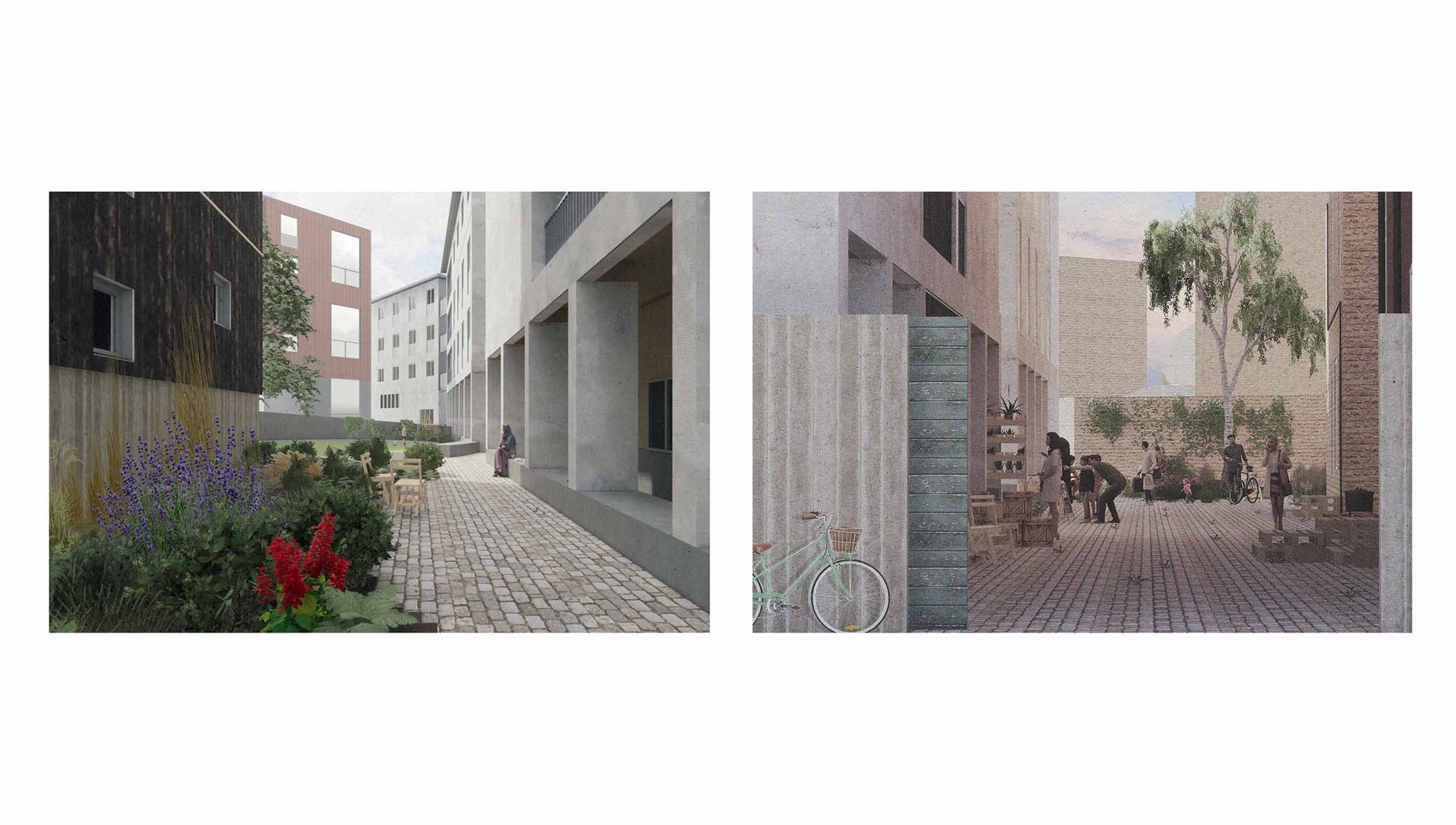