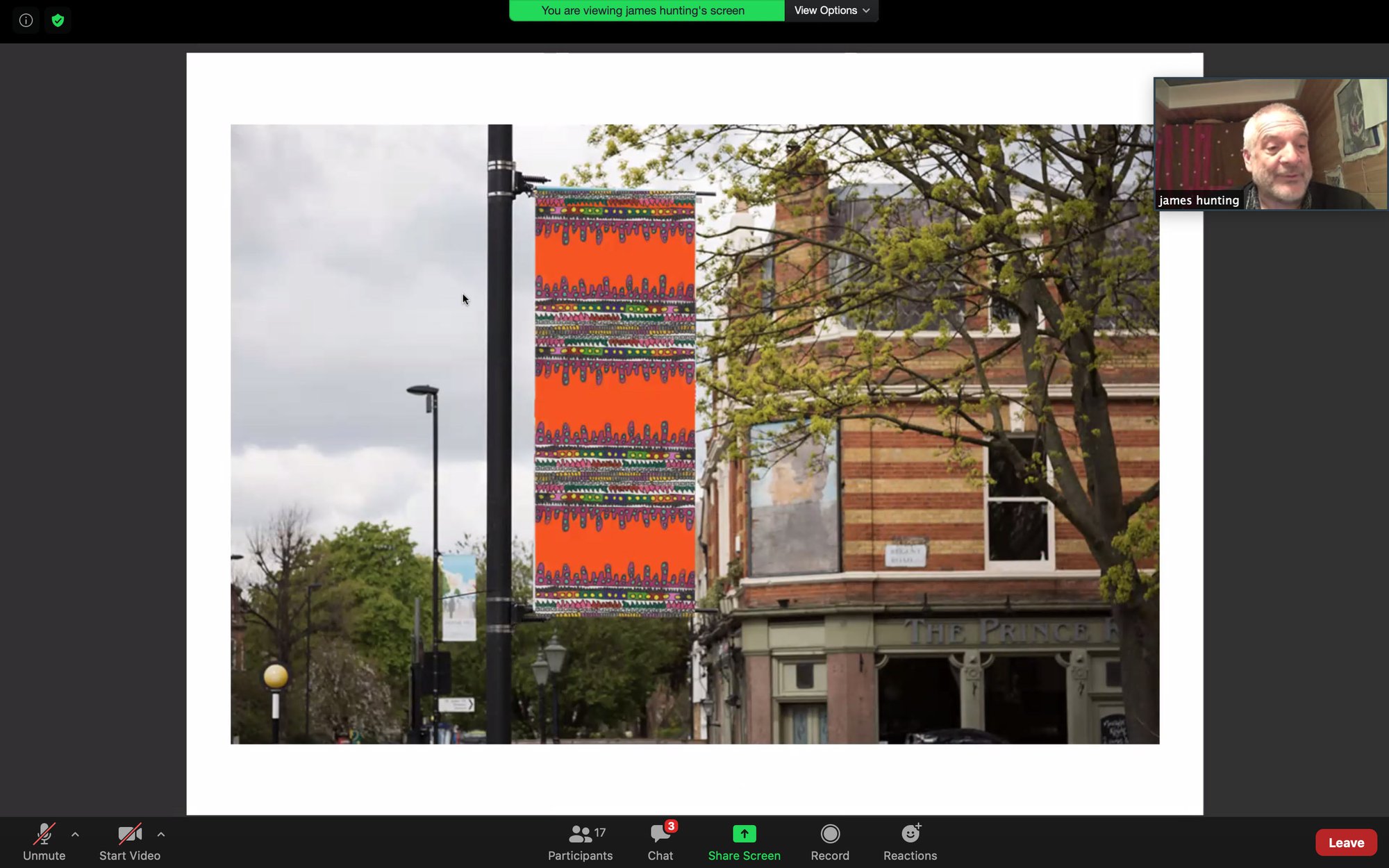 Working with City of London and London Borough of Tower Hamlets, in Autumn 2020 residents, school children, and members of the wider community were invited to feed into designs which explored and reflected upon the rich cultural heritage of Petticoat Lane.

The students transformed what they received into banner designs. Over eighty designs were produced in total, and presented by Course Leader James Hunting for the Winter in Aldgate programme, in December 2020.

These were whittled down to thirty-two, and the public voted on their favourite sixteen, at the ‘Petticoat Lane Give My View’ website, where over five hundred people from around the area participated in the vote.

The permanent banners will be installed on Petticoat Lane market at the end of June.

Do you have a project you'd like to discuss with us?