Witch Finder Phenomenal is a hauntological darkly comic fantasy based on British black mixed-race queer 'Outsider Artist' Maria Rosamojo's autoethnographic memoirs of her lived experiences of growing up mixed race and queer in 1980's Harlesden. The Witch Finder Phenomenal narrates the story from the past, present, and future, to reveal how traumatised 12-year-old protagonist Aurora Mojo, played by Maisy Stewart-Holland, attempts to free herself from a nightmare world of racism, abuse, and dissociation. The white privileged hell witch Bealzebette, played by Ella Stewart-Holland, torments and tries to silence her, but Aurora finds solace in a Fairy Horse Mother who introduces her to a world of rebellious witches from myth and history who sing her their tales.

Witch Finder Phenomenal features a dream sequence where Aurora is experiencing a nightmare about being pushed by skinheads towards a waltzer. This happened to Rosamojo in real life and was one of the many acts of both racism and gendered abuse that she has endured. The background image of 1980’s skinheads at a National Front Rally was taken by photographer Chris Steele Perkins who gave his kind permission for it to be used. 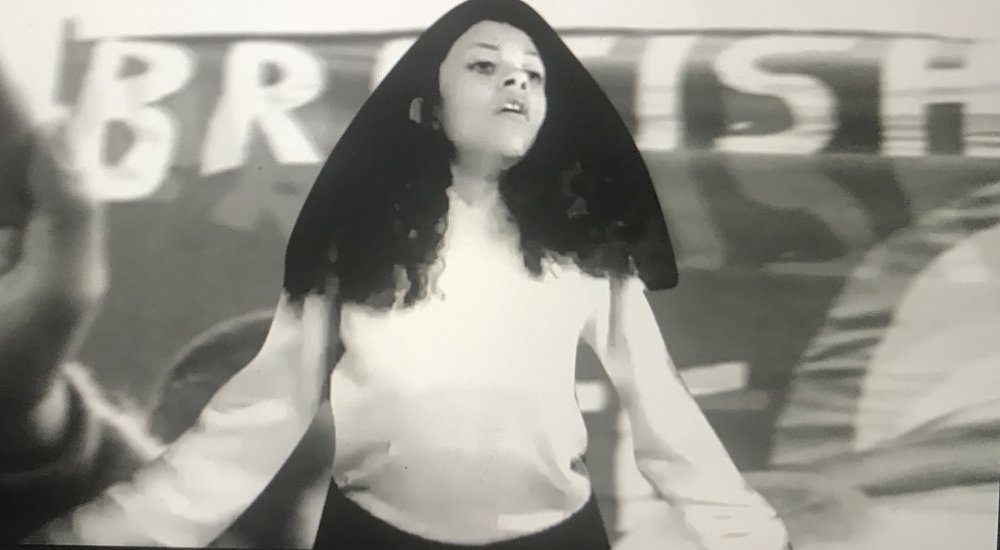 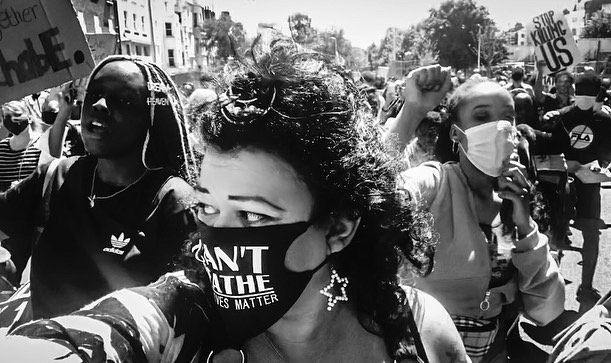 Maria Rosamojo created her version of Henry Fuselli's The Nightmare which she renamed Mare during her research. It served as a visual muse and creatrix reference to remind her to wake up and occupy the space that allows her to breathe freely. She positions herself as the sleeping maiden, an animalistic tragic mulatto child, and the watchful mare. Rosamojo wanted her belly to be shown fully, not simply as a nod to body positivity which she struggles with, but mostly to represent a long held phantom pregnancy about to be birthed as the film. It also serves as a defiant and sometimes violent struggles her inner child.

During the making of her MA by Project Film in Lockdown 2020 and the BLM protests Maria Rosamojo extensively researched how and why spectres perpetually recur in society to haunt Othered subjects who are marked out for their colour, disability, gender and/or sexuality. She filmed herself performing as the witches, recorded songs, edited film, created digital art, and wrote her Masters’ Thesis in a small, shared living room, while also zoom filming and directing the actors via zoom.  In 2021, a battle weary but emboldened Rosamojo believes that by making the invisible visible through film symbolism, and the unheard heard through her personal narrative, she can finally occupy previously disallowed space by looking through the mirror phenomenally to reclaim her autonomy within the safe space of ancient ancestral witch power.

She also hopes to add her story to a growing wealth of representational narratives and encourage Othered voices to speak their truth through creatrixed and performative acts of queerly empowered resistances. Rosamojo recently spoke about making the film online for the 2021 RAI fringe film festival and is also contributing her paper to an academic online journal about the BLM Protests. She is also in talks to have Witchfinder Phenomenal premiered at a fringe festival this summer 2021. The Film’s soundtrack Hauntology will also be released on spotify soon.