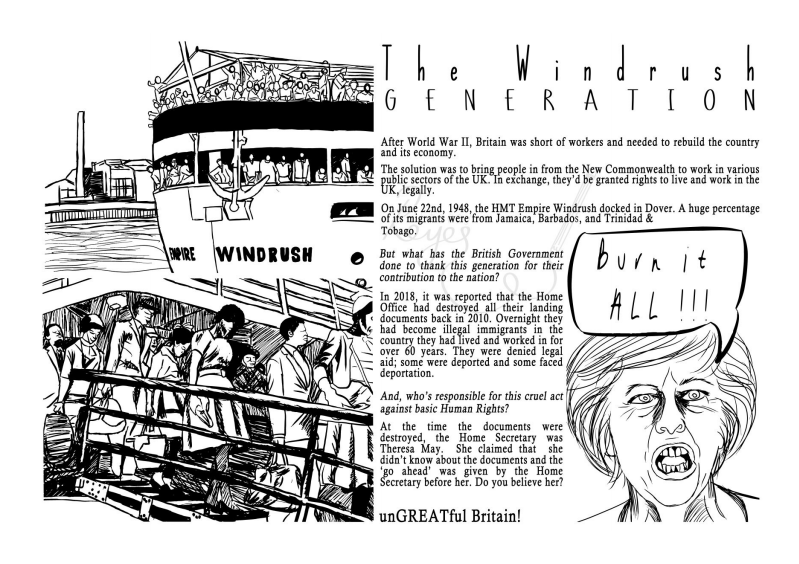 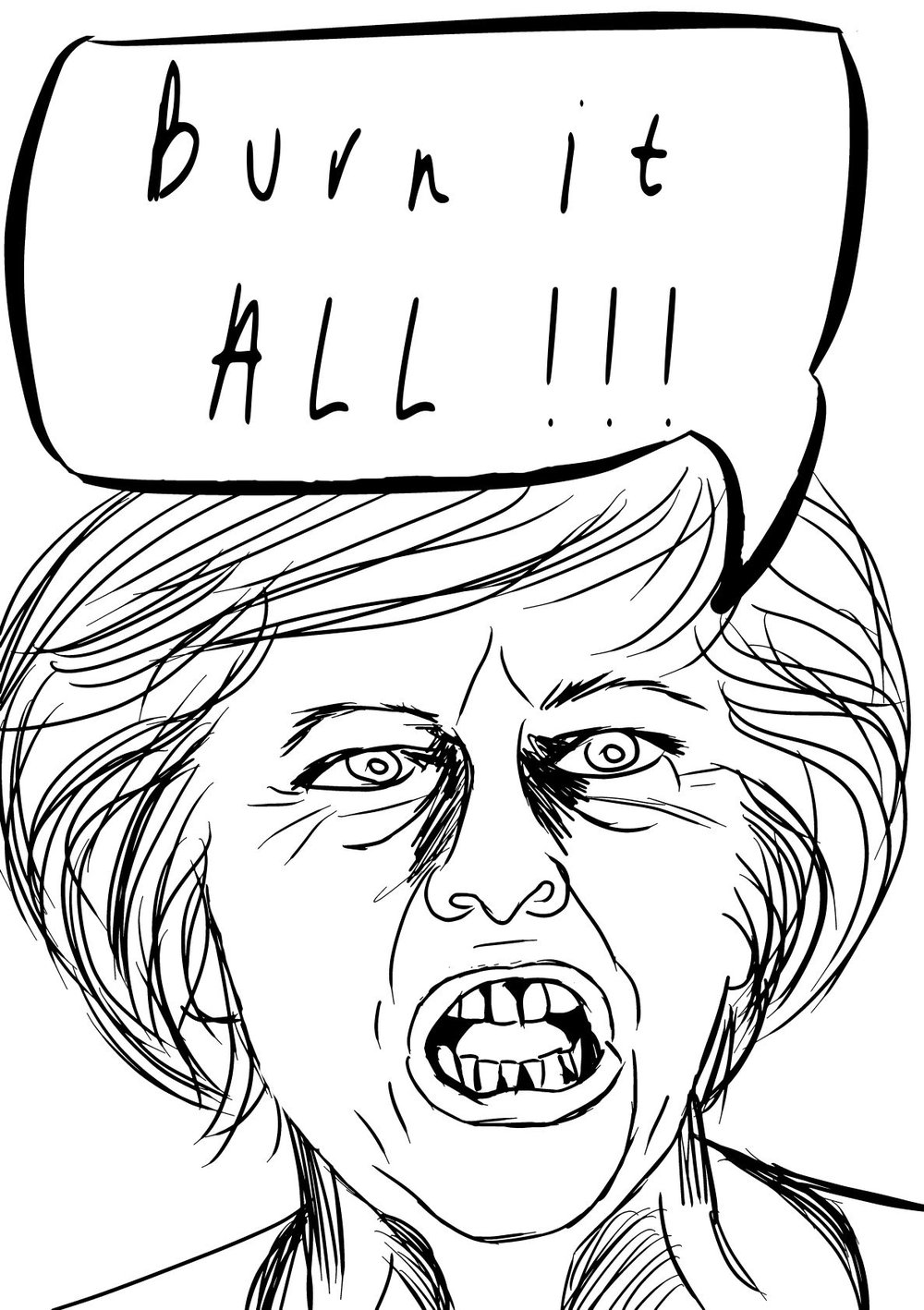 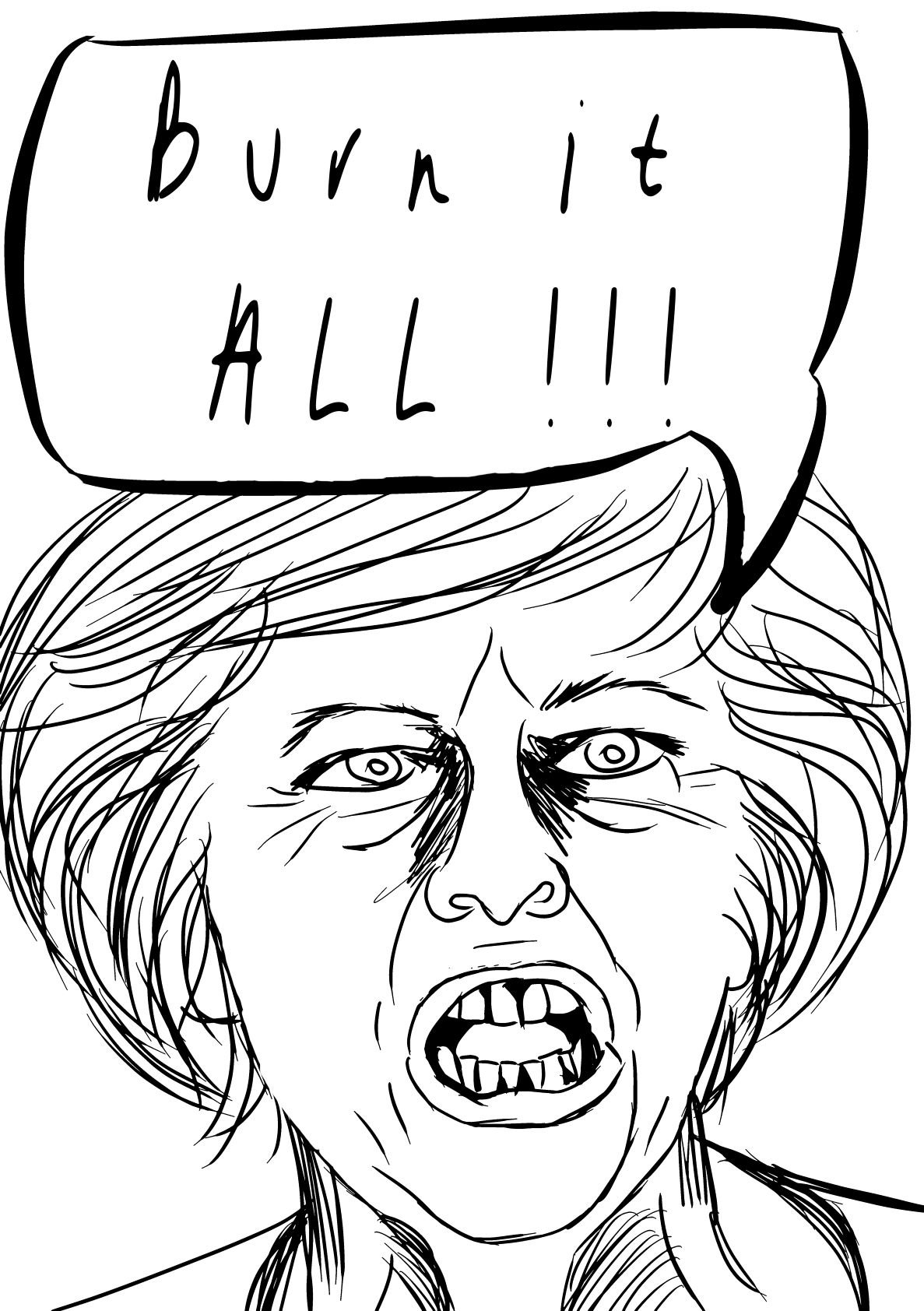 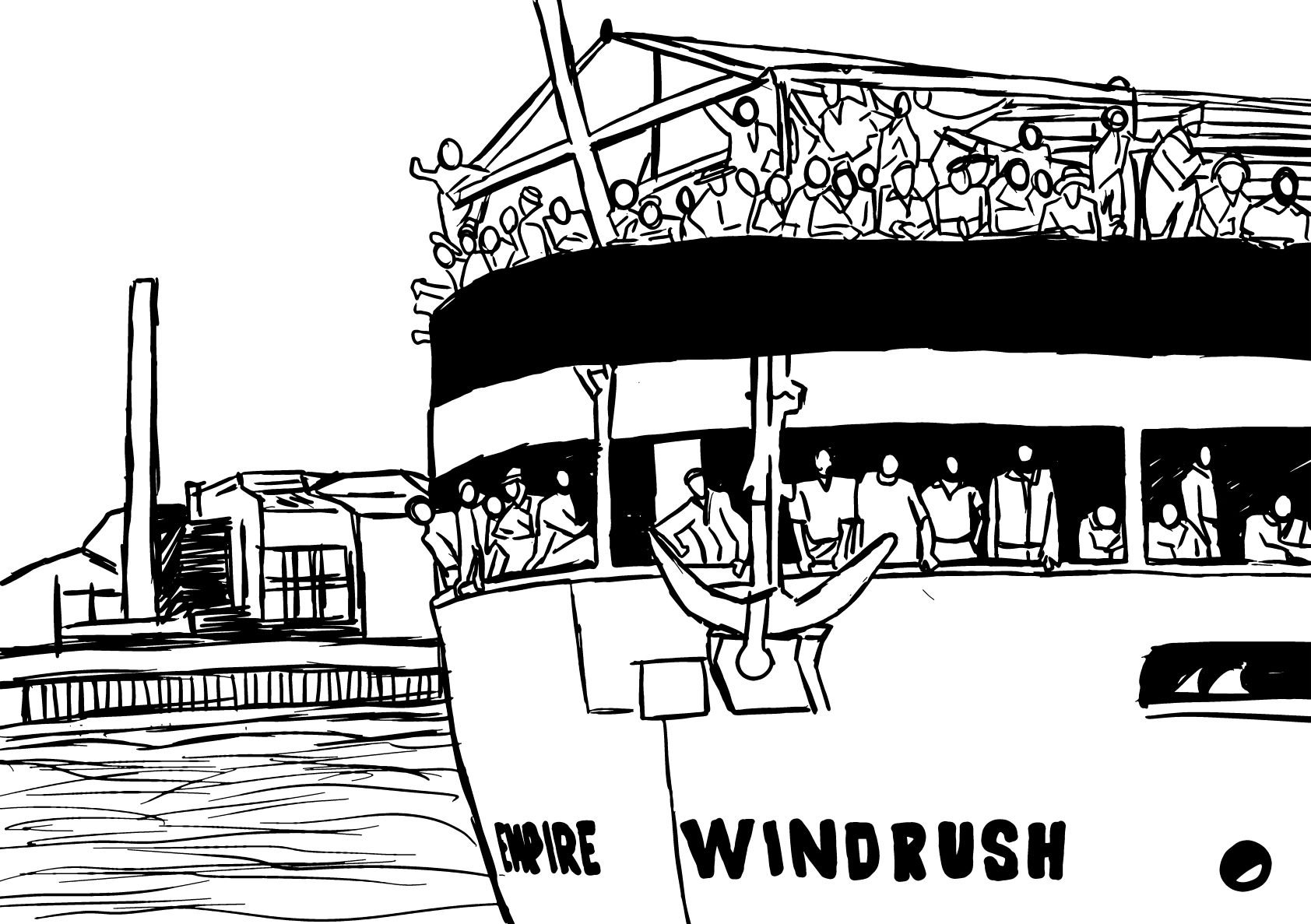 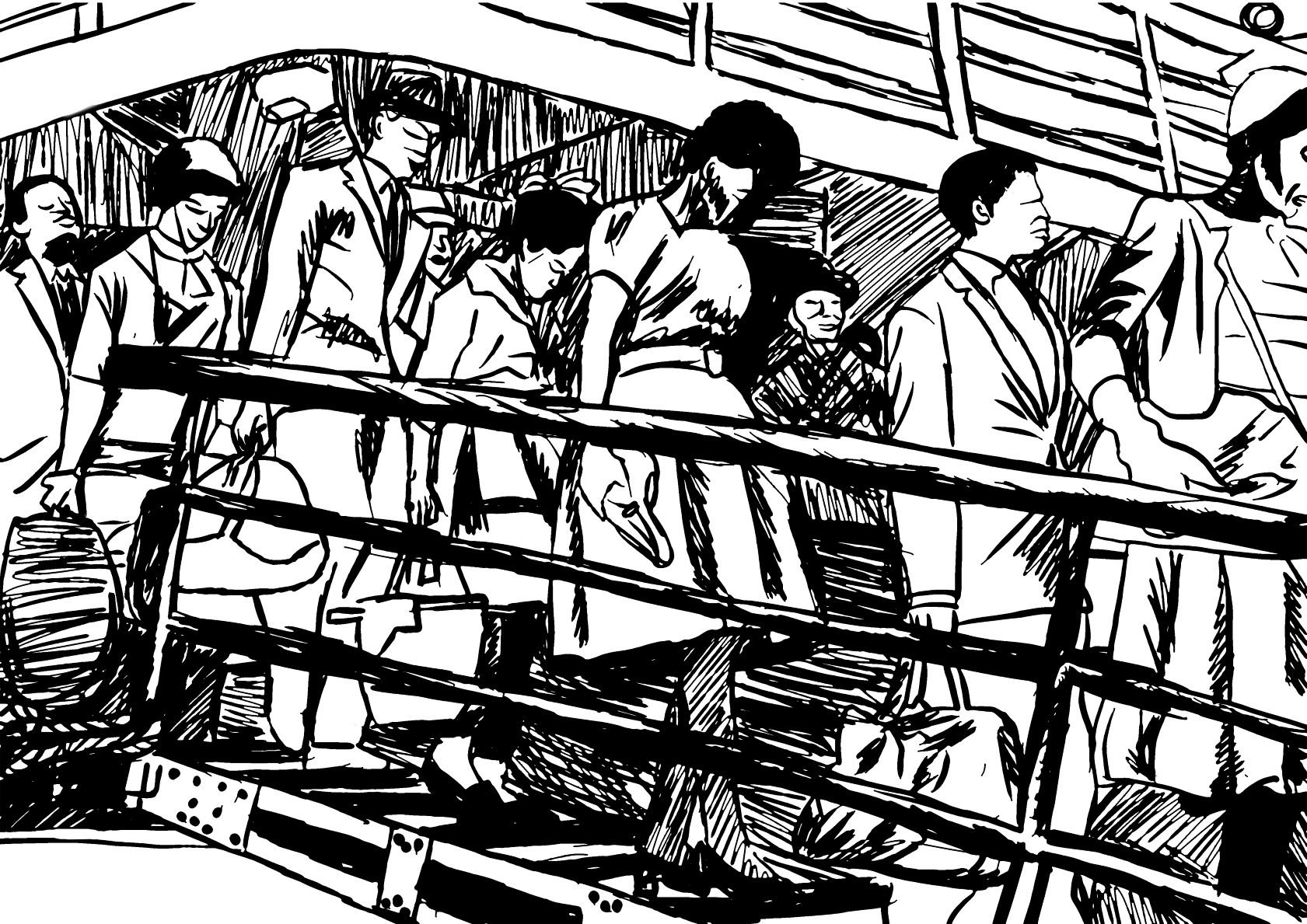 After World War II, Britain was short of workers and needed to rebuild the country and its economy. The solution was to bring people in from the New Commonwealth to work in various public sectors of the UK. In exchange, they’d be granted rights to live and work in the UK, legally. On June 21st, 1948, the HMT Empire Windrush docked at the Port of Tilbury, near London. The 1,027 passengers began disembarking the next day. A huge percentage of its migrants were from Jamaica, Barbados, and Trinidad And Tobago. But what has the British Government done to thank this generation for their contribution to the nation?

In 2018, it was reported that the Home Office had destroyed all their landing documents back in 2010. Overnight they had become illegal immigrants in the country they had lived and worked in for over 60 years. They were denied legal aid; some were deported and some faced deportation. 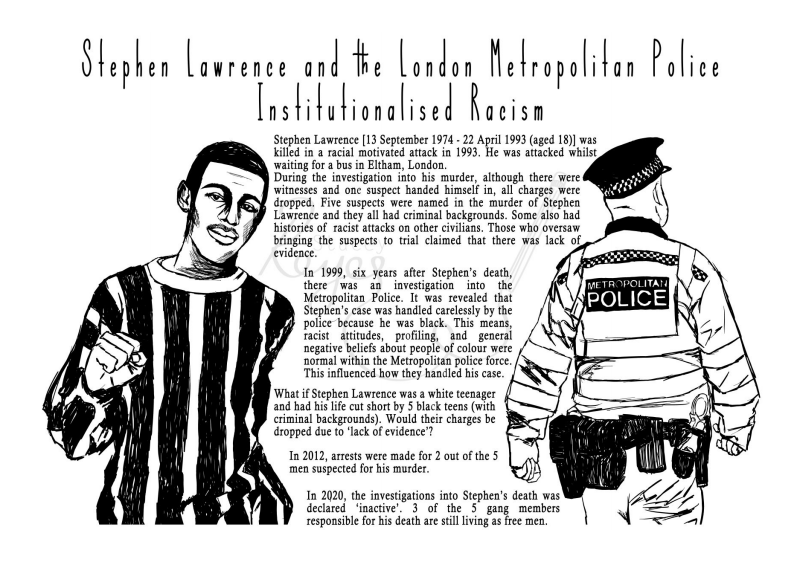 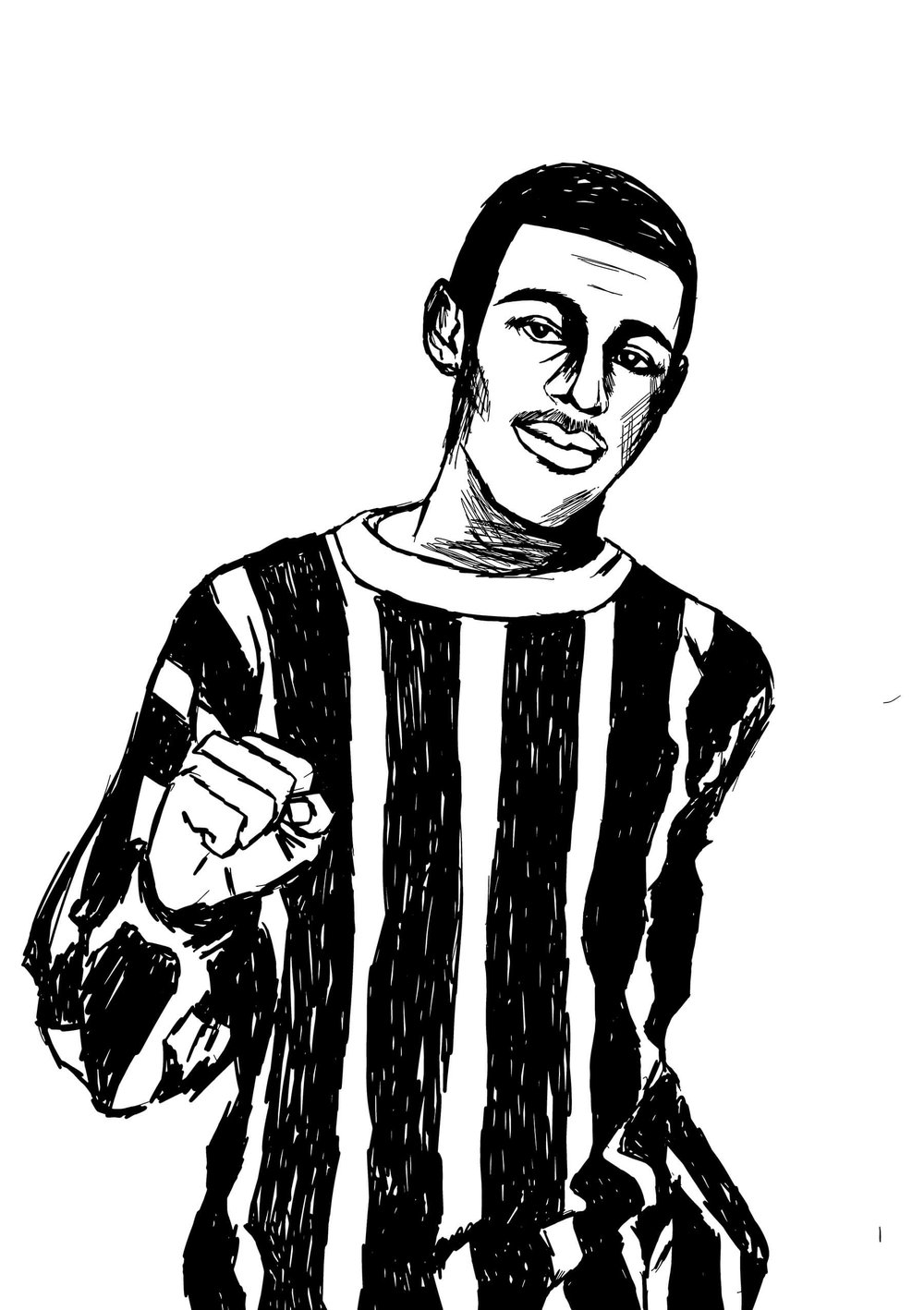 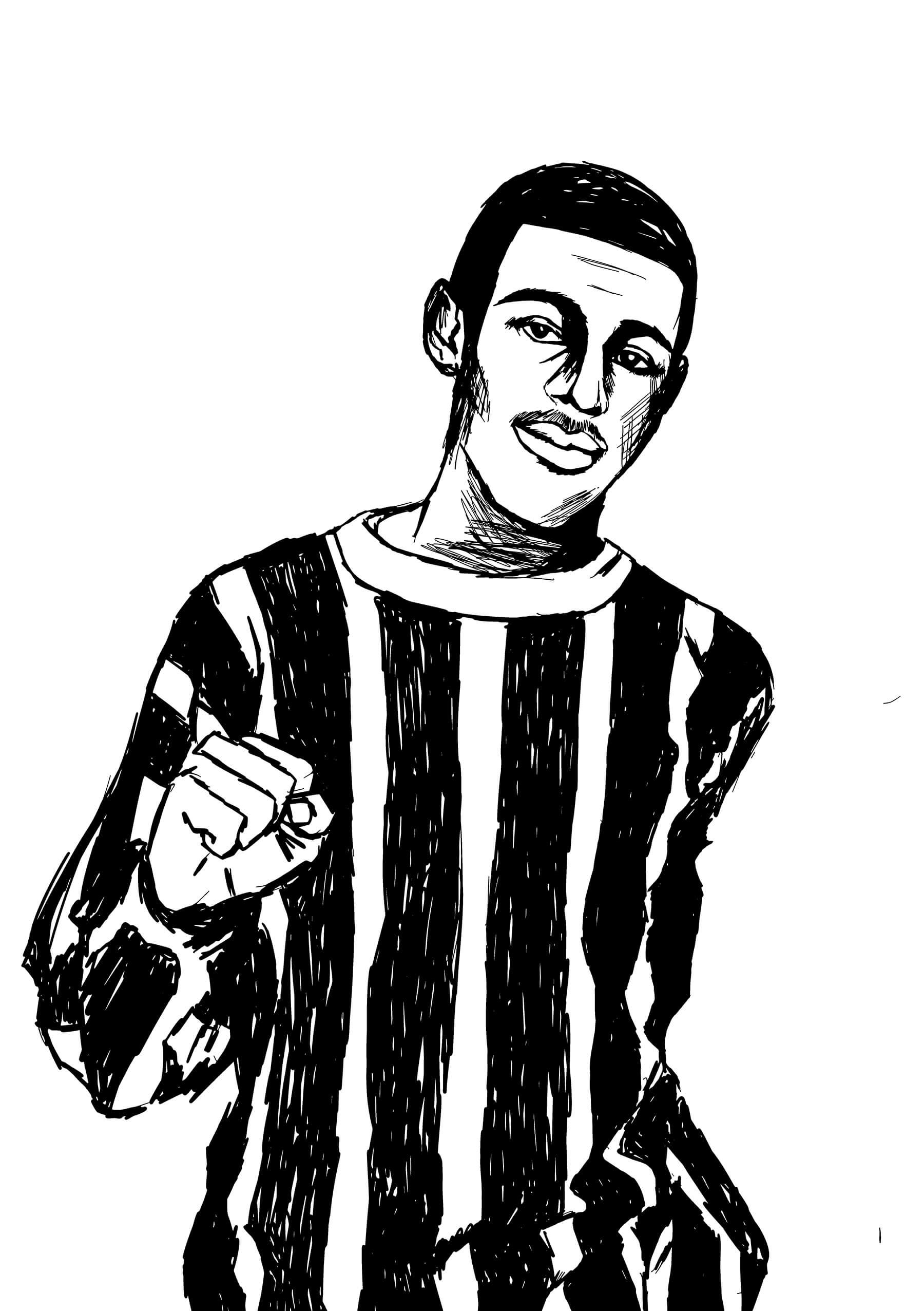 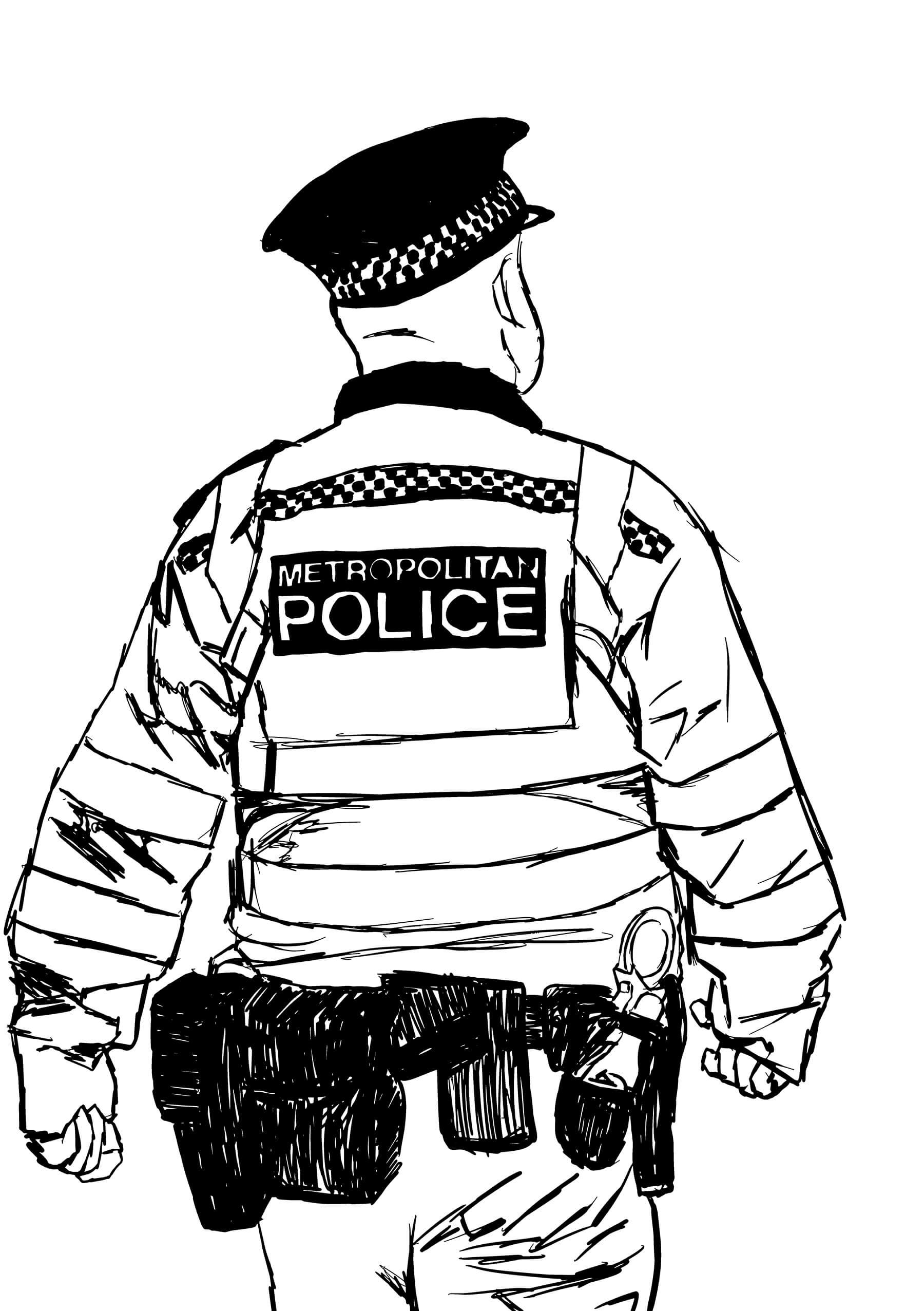 During the investigation into his murder, although there were witnesses and one suspect handed himself in, all charges were dropped. Five suspects were named in the murder of Stephen Lawrence and they all had criminal histories and racist attacks on other people. Those who oversaw bringing the suspects to trial claimed that there was lack of evidence. This case gained worldwide publicity. Nelson Mandela, the president of South Africa at the time, called on the police to do more.

In 1999, six years after Stephen’s death, there was an investigation into the Metropolitan Police. It was revealed that Stephen’s case was handled carelessly by the police because he was black. This means, racist attitudes, profiling, and general negative beliefs about people of colour were normal within the Metropolitan police force. This influenced how they handled his case.

What if Stephen Lawrence was a white teenager and had his life cut short by 5 black teens (with criminal backgrounds) – would their charges be dropped due to ‘lack of evidence’?

In 2012, arrests were made for 2 out of the 5 men suspected for his murder. In 2020, the investigations into Stephen’s death was declared ‘inactive’. 3 of the 5 gang members responsible for his death are still living as free men. 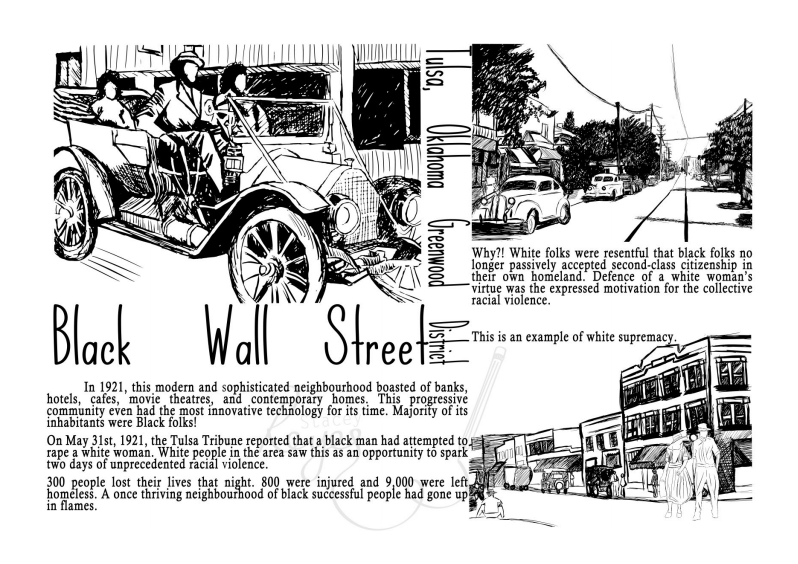 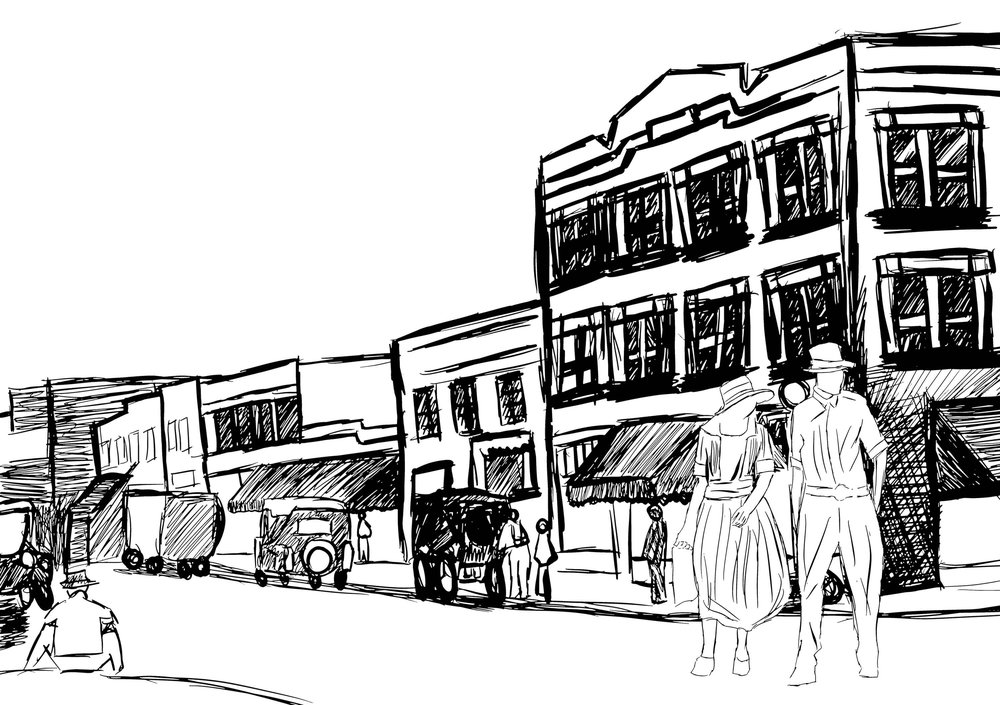 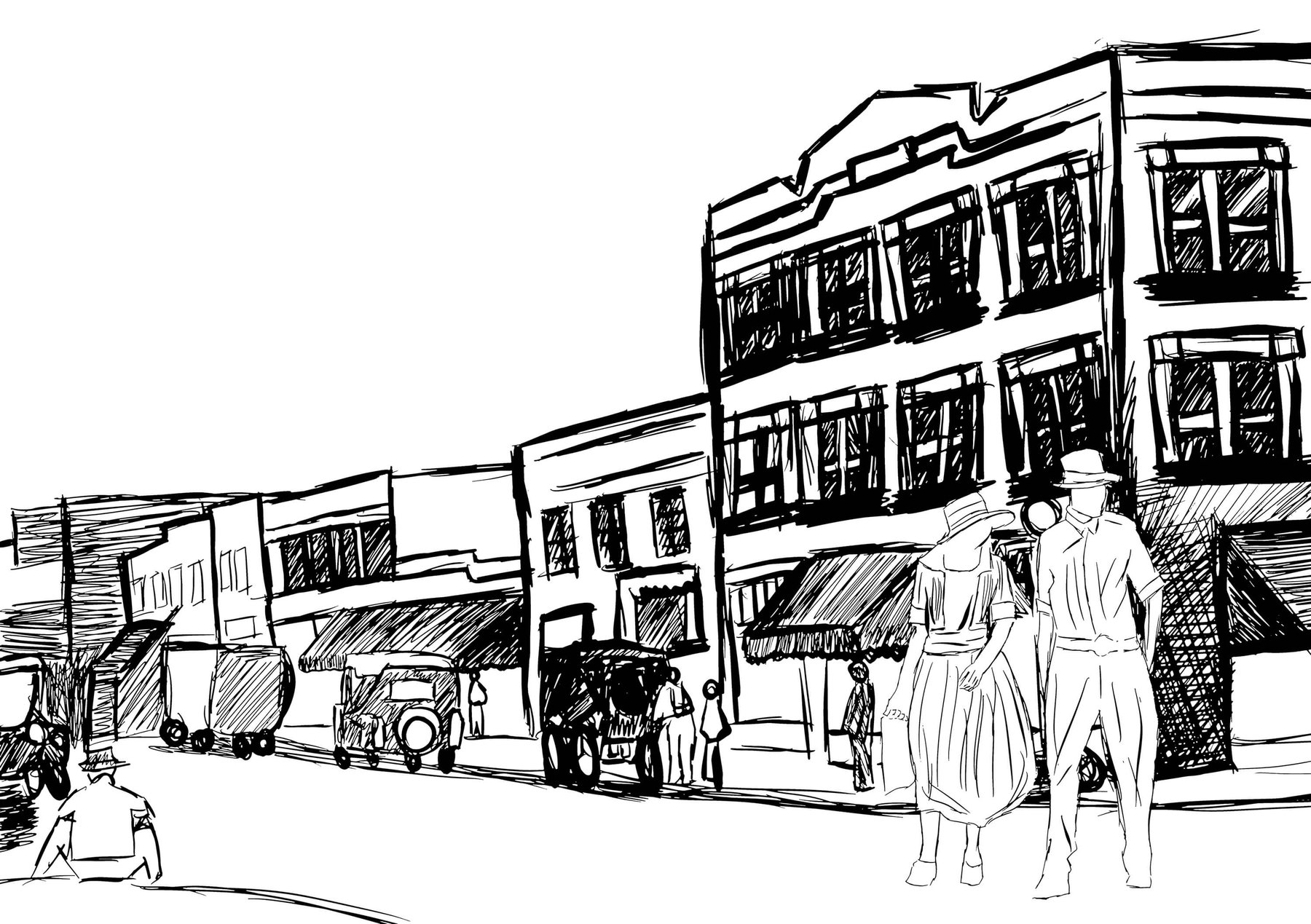 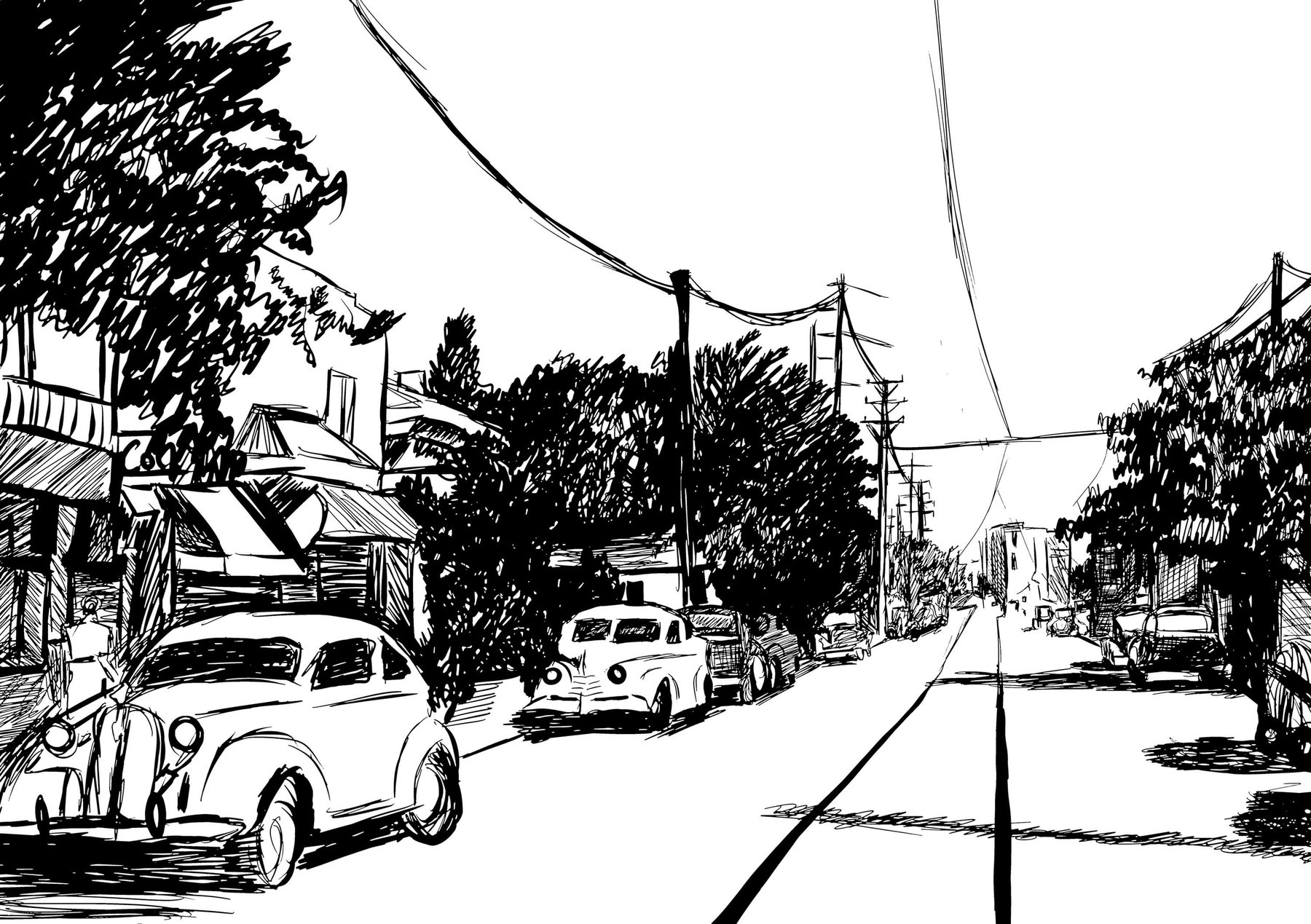 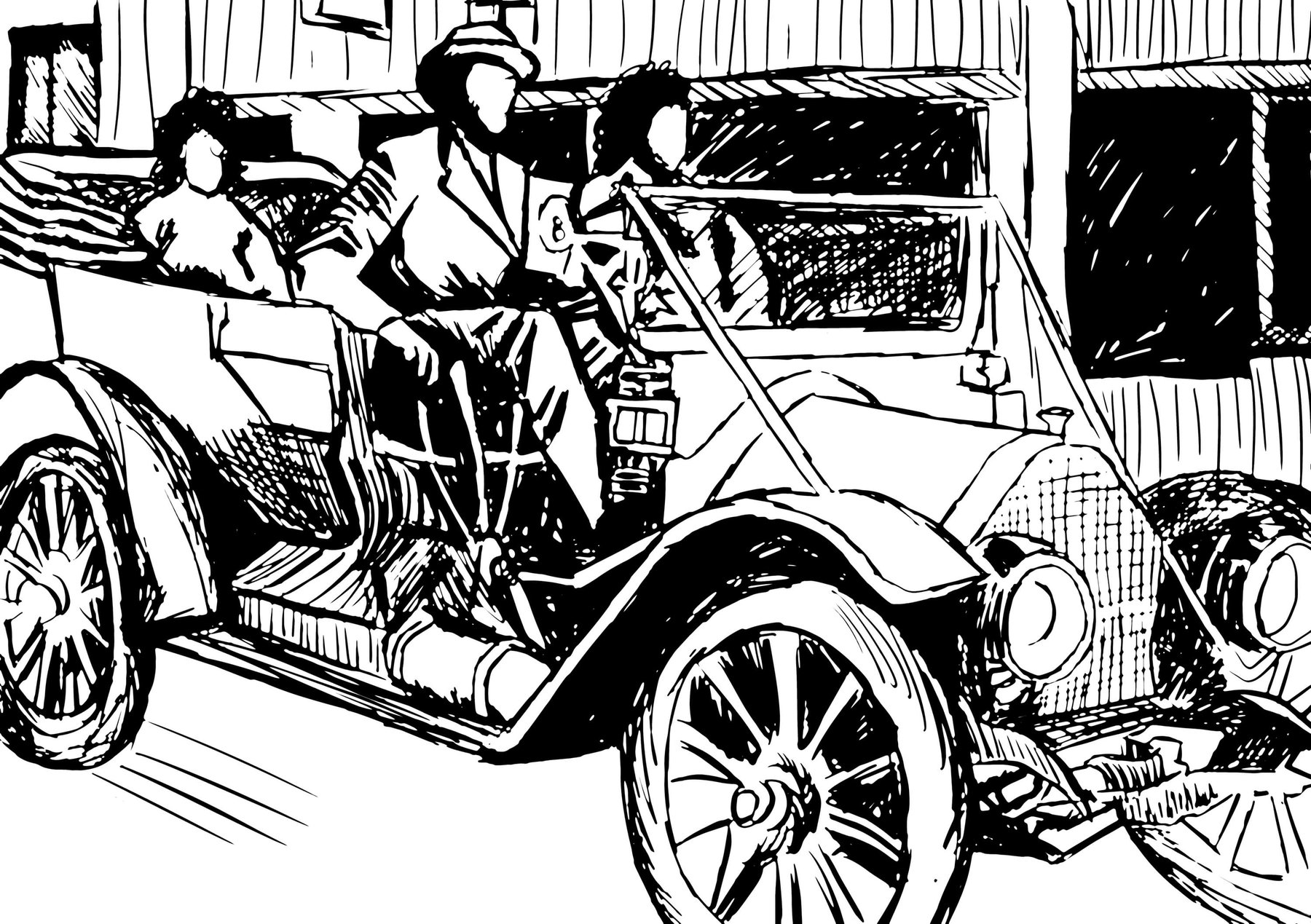 In 1921, this modern and sophisticated neighbourhood boasted of banks, hotels, cafes, movie theatres, and contemporary homes. This progressive community even had innovative technology for its time. Most of its inhabitants were Black folks!

On May 31st, 1921, the Tulsa Tribune reported that a black man had attempted to rape a white woman. White people in the area saw this as an opportunity to spark two days of unprecedented racial violence.

300 people lost their lives that night. 800 were injured and 9,000 were left homeless. A once thriving neighbourhood of black successful people had gone up in flames.

Why?! White folks were resentful that black folks no longer passively accepted second-class citizenship in their own homeland. Defence of a white woman’s virtue was the expressed motivation for the collective racial violence.

This is an example of white supremacy. 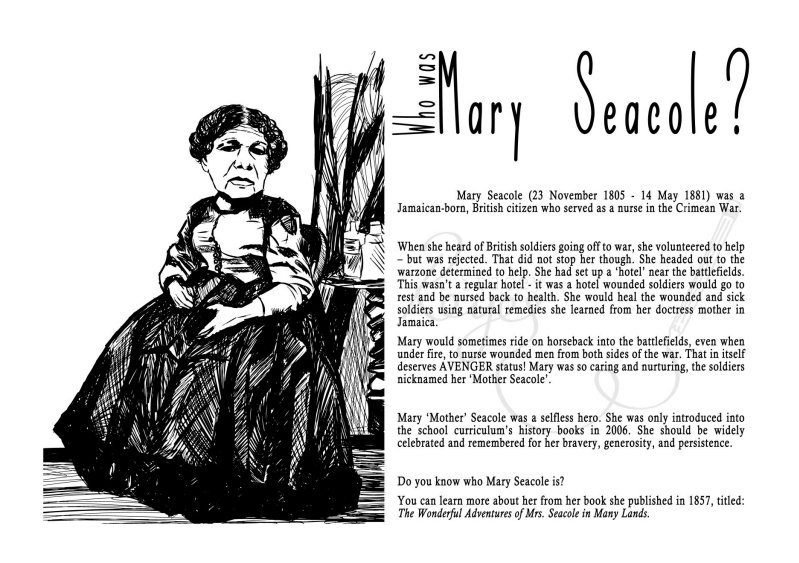 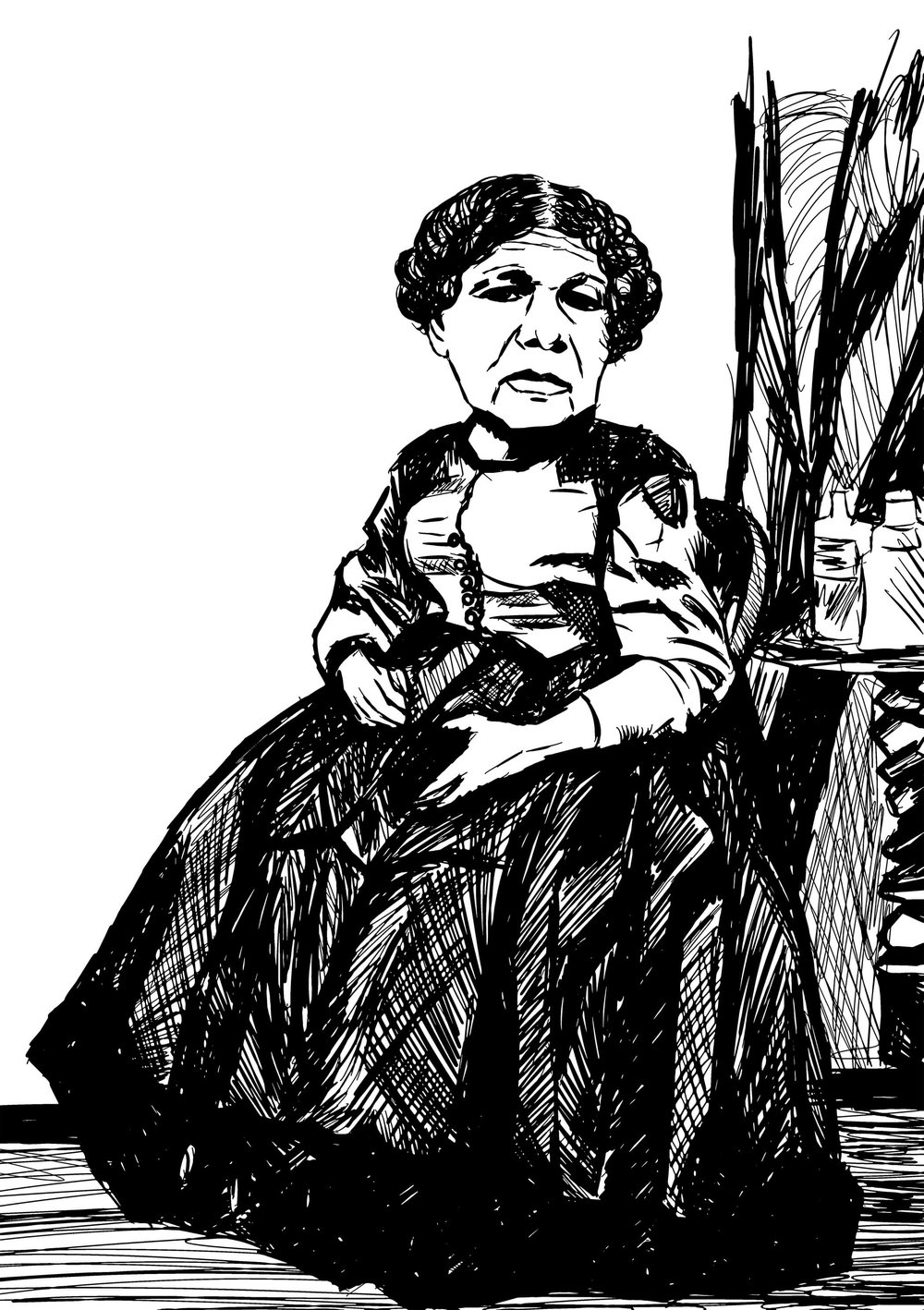 When she heard of British soldiers going off to war, she volunteered to help – but was rejected. That did not stop her though. She headed out to the warzone determined to help. She had set up a ‘hotel’ near the battlefields of the war. This wasn’t a regular hotel -it was a hotel wounded soldiers would go to be nursed back to health. Seacole will nurse them back to health using natural remedies she learned from her doctress mother in Jamaica.

Mary would sometimes ride on horseback into the battlefields, even when under fire, to nurse wounded men from both sides of the war. Mary was so caring and nurturing, the soldiers nicknamed her ‘Mother Seacole’. Mary ‘Mother’ Seacole was a selfless hero. She was only introduced into the school curriculum’s history books in 2006.

She should be widely celebrated and remembered for her bravery, generosity, and persistence.

Ask yourself, do you know who Mary Seacole is?

You can learn more about her from her book she published in 1857, titled: The Wonderful Adventures of Mrs. Seacole in Many Lands. 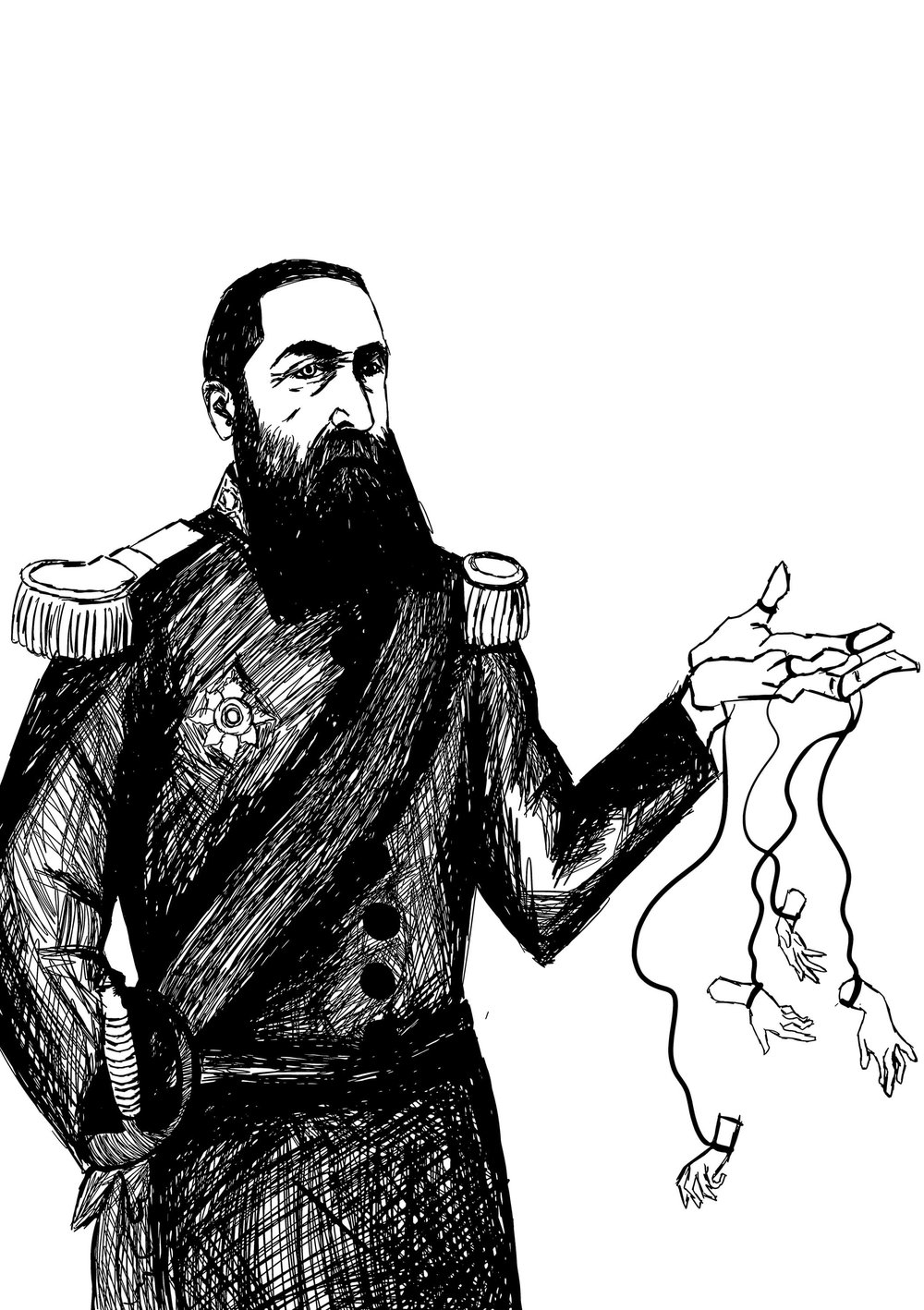 In the 44 years of his reign, the King of Belgium claimed Congo as his own. He officially named it, Congo Free State – but Congo was far from free. What came after was a genocide similar to the Holocaust.

First, he exported ivory, but this did not make him as rich as he expected. So, when technology became more advanced and automobiles were in high demand, the global demand for rubber exploded. He then turned his attention to a labour-intensive collection of sap for rubber plants.

Forced labour, torture, beatings, and frequent mutilation [especially of children], was Leopold’s way of keeping his slaves in line.

When the slaves did not reach their quota of sap, to teach them a lesson, he will chop off the hands, and sometimes feet, of their children. And if they had no children, they would lose a limb or their lives. A lot prayed for death.

An estimation of 15 million Congolese people lost their lives in Leopold’s quest for power.

Here is the final plot twist: Leopold had NEVER set foot in Congo. He did all of this from his cushy throne in Belgium.

Yet, why do we know more about Hitler than we do about Leopold? Is the world trying to say that the loss of Black life is not as important as European life?

There are parts of the world where Leopold’s statue still stands. This is a reminder to Africans (and black people of different descent) that White Supremacy is still prevalent today.

Back to Visual Communication Year 2